"We're still talking about it rather than getting to work," Nye says of climate change 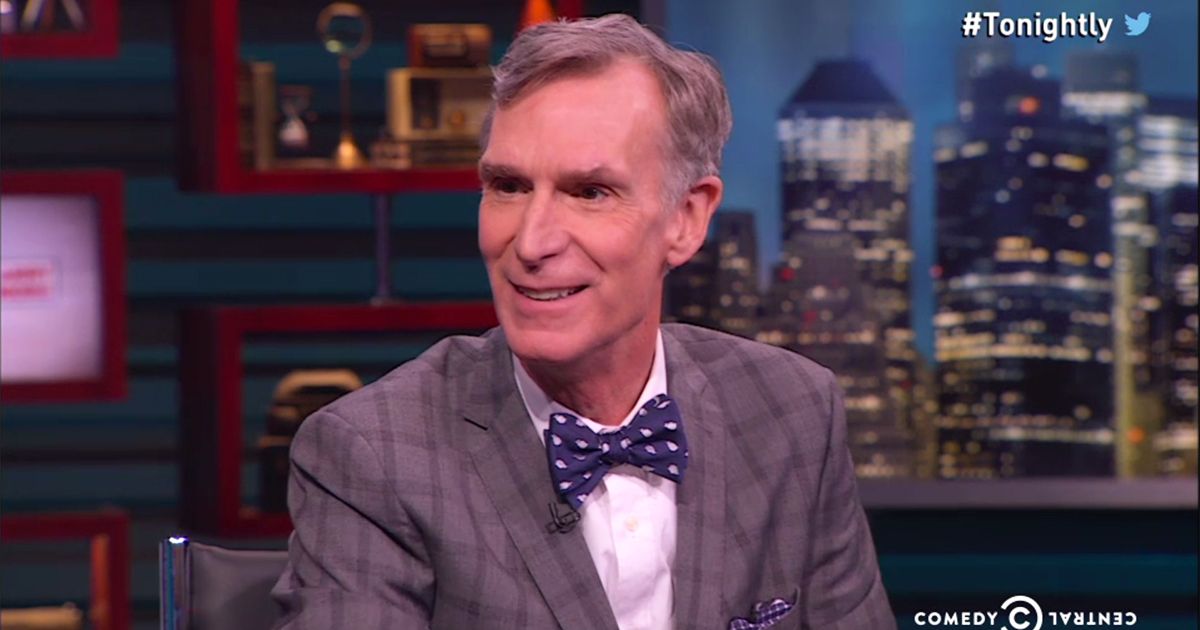 Bill Nye has long been an advocate for science and it is in that spirit that he supports the science around climate change which others like to ignore. But in his new book he shared on "The Nightly Show" with Larry Wilmore Tuesday evening, Nye addressed what he has called "the most important thing we can talk about."

Nye said he doesn't believe environmental scare tactics go too far because the consequences we face are so dire. People will literally die because of climate change. Some already have. We haven't gone far enough, Nye says "because we're still talking about it rather than getting to work."

Just one month before the United Nations Climate Change Conference in Paris, Nye says that the United States is the country that is lagging behind. "If the U.S. were leading, everybody would be on board."

Nye also had some blame for big oil who he says has created a culture of dependence but has gone even further to hurt not just the earth but the integrity of science as well.

"They have worked really hard to introduce this idea that scientific uncertainty, plus or minus 4.8 percent," Nye said, "is the same as doubt about the whole thing, and that’s wrong. I want us to move forward, to embrace wind power and solar power."

"Maybe people would start paying attention if Megyn Kelly hopped on the hood of a Hybrid, you know, rolled out to some Tea Party town hall meetings spread-legged like Tawny Kitaen," co-panelist Bridget Everett said. That'll be the day...

Check out the video of the panel discussion here: