The GOP is living in a fantasy world: Every single Republican's economic plan is made of wishes and fairy dust

After listening to Republicans lay out their economic "plans," the only conclusion is they're all barking mad 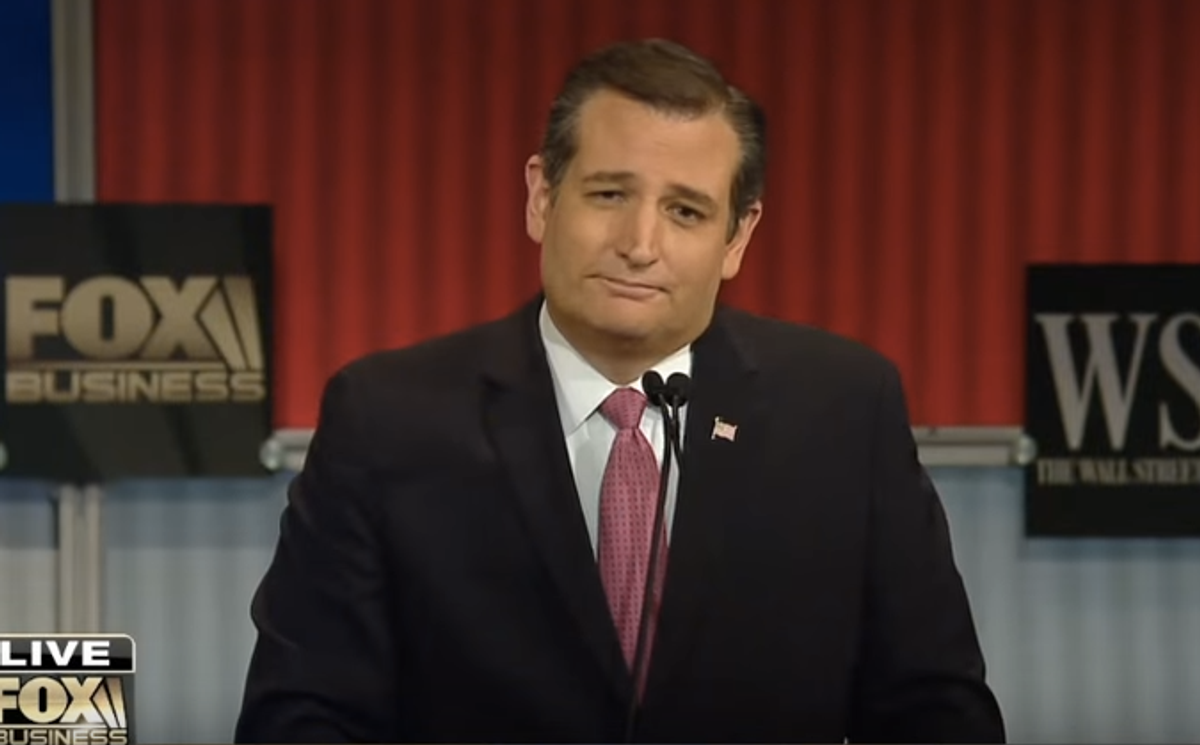 A little more than halfway through what felt like the millionth Republican primary debate, this time in Wisconsin and run by Fox Business, Rand Paul had a momentary and clearly unwelcome brush with reality. After hours of hearing one candidate after another indulge the childish fantasy that we can cut taxes and balance the budget, apparently only by cutting food stamps, Paul broke every rule in the Republican playbook and pointed out that military spending is a huge sinkhole for taxpayer money.

"How is it conservative to add a trillion dollars in military expenditures?" Paul sniped at Marco Rubio during one particularly heated moment in the debate. “You can not be a conservative if you’re going to keep promoting new programs that you can’t pay for.”

Rubio, facing a clearly unexpected challenge to the widespread Republican notion that you can cut taxes and eliminate the debt without cutting a dime on Republican-cherished budget items like the military, got flustered and tried to deflect with fifth grade debating tactics. "We can’t even have an economy if we’re not safe,” he whined. “There are radical jihadists in the Middle East beheading people and crucifying Christians." Luckily, we were all spared him whipping out an American flag and a cross and asking us to pray for him, but you could feel it was probably coming if Paul kept pressing his point.

None of this makes Rand Paul a good guy. Paul is just as much a delusional fantasist as the rest of the GOP field. He has to be, to run for President on a dovish platform in front of a Republican crowd that eats it up when, for instance, Jeb Bush suggests that "Islamic terrorism" is the greatest threat facing the country. And he spent of the rest of the debate spinning out pure nonsense, a bunch of meaningless garbage about how he has a 14.5 percent flat tax that is "revenue neutral" and probably wipes your butt and does the dishes for you.

Still, in a debate situation where most candidates were climbing over each other to argue that their tax plan was the flattest, his point about military spending circled slightly closer to reality than most candidates dare go. Now wonder he can't seem to get any higher than 3 percent in the polls.

One thing seemed certain during this debate: The continued popularity of Donald Trump and Ben Carson clearly sent a signal to the rest of the field that primary voters simply hate reality, particularly when it comes to economics, and will swiftly punish any candidate who feeds them anything but soothing, if ridiculous fantasies.

Republicans haven't changed their economic views over the decades. They continue to be the party that wants to enrich the wealthy at the expense of everyone else, economic or social consequences be damned. But they've all clearly read the various think pieces arguing that Donald Trump is appealing to "white populists", so the theme of the night was pretending that Republicans are here to protect the working Joe against the decadent elite as well as the vampiric poor.

The attacks on low income people started right off the bat in the main stage debate, with Donald Trump, in response to a question about the minimum wage, busting out the line of the night: "Wages are too high."

Fox Business moderators only made Trump and Carson---the two candidates that the party elite is eager to push out of the campaign so "real" candidates can move forward---go on the record as opposed to the minimum wage. (Most Americans want a minimum wage hike.) But Rubio pounced on the question anyway, though the moderators graciously declined to ask him about it, spinning out an answer that made it sound like opposing higher wages for working class people will somehow stick it to the educated elite: "For the life of me, I don't know why we have stigmatized vocational education. Welders make more money than philosophers. We need more welders and less philosophers."

The audience, stoked by years of right wing media telling them to hate pointy-headed intellectuals, ate it up. But this clearly practiced talking point really crystallized the strategy that nearly every candidate employed on stage, implying that the poor and the wealthy are somehow in cahoots to screw over the middle class. And so the next two and a half hours were spent listening to a bunch of rich Republicans who want to cut taxes for even richer Republicans all pretend that they are fighting for the little guy against those rich bad guys.

In response to a question about income inequality, for instance, Rand Paul sneered, "And I think that we ought to look where income inequality seems to be the worst. It seems to be worst in cities run by Democrats, governors of states run by Democrats and countries currently run by Democrats." God only knows what countries run by Democrats he's talking about (two out of three branches of our federal government are controlled by Republicans), but he clearly wants you to believe that, say, New York City has a whole lot of rich people in it and Wichita, Kansas does not because New York City is somehow stealing from the working man to give to the rich. As opposed to the likelier explanation, which is that people who can choose where they want to live gravitate to big, vibrant, and yes, liberal cities like New York.

But this was the theme of the night, Republicans all bashing the rich and the big banks and swiping rhetorical ploys right out of that hated socialist, Bernie Sanders's playbook. Nearly every candidate not named Rubio or Bush touted that perennial right wing hobbyhorse, the flat tax, and the claim, repeated well past the point of tedium, was that it's somehow a boon to middle class taxpayers to take away their mortgage interest deductions and child credits so that the wealthy can see their tax rates cut in half or more.

But the contortions the candidates had to twist themselves into got increasingly comical as the night went on, culminating in Rubio trying to pull of one of the biggest howlers of the night: Arguing that the best way to break up big banks so they're not too big to fail is bank regulation.

"Do you know why the big banks got big? Because big government made them big," he said. He had some labored explanation claiming that it's because only big banks can afford the lawyers to deal with regulations, which probably impressed people who don't like thinking very hard, or much at all. But for the rest of us, the notion that banks in a capitalist system would be so grateful for a low regulatory system that they'd elect to stay small instead of trying to expand their power and profit margins by buying each other up is so dumb that I kind of want to slap myself for even typing that.

The reality is that every single candidate on stage has a tax plan meant to screw over the entire country so that the already wealthy can buy bigger yachts, just as it was under Bush and every Republican before him. Rubio and Bush's tax plans require cutting so much federal spending it would tank the economy, all so that the Donald Trumps of the world can finally start wiping themselves with gold cloth instead of mere silk sheets. A few dollars thrown to middle class voters in the short term cannot hide the fact that it's a terrible idea to grind our economy to a halt to make the rich even richer.

The flat taxers are even dumber, which is saying a lot. It is, as it always was, just about giving a bunch of money to the rich by gouging working people.

But such is the power of fantasy in this election cycle. The Republican voters clearly want to believe that they you're sticking it to the rich by lowering their taxes and somehow that you can afford all of this, while also balancing the budget, while seriously reducing the government's ability to earn income. Oh yeah, and while we're in fantasy land, Ted Cruz even went so far as to claim he could abolish the IRS. Maybe we can do this without collecting any income taxes at all!

At this point, there's no reason for Republicans not to nominate Donald Trump. You almost have to feel sorry for the guy. Everyone calls him out for being full of shit, but, sit through enough Republican debates and you quickly realize he is no more so than the rest of this sorry field.