David Lynch, liberated: The “Twin Peaks” creator’s swerve into obscurity isn’t about being artsy or pretentious 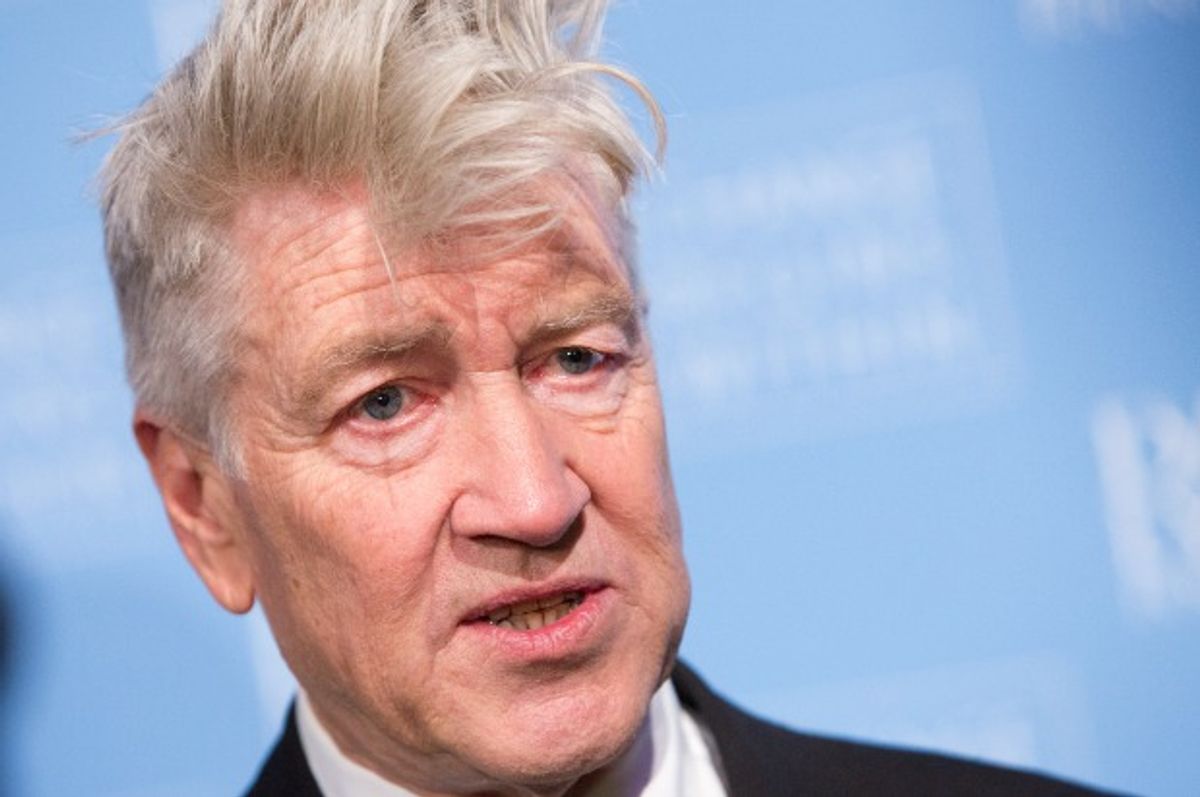 Here’s one way of understanding the strange progression of David Lynch’s later career: The ultimate hipster avatar of the ‘80s and ‘90s, the creator of “Twin Peaks” and “Mulholland Drive,” has gradually transformed himself into the kind of underground, avant-garde artist that David Lynch fans would never have heard of. And the funny part is that even in doing that – even in willfully pursuing obscurity, and a rarefied mode of artistic experimentation that has almost no audience and seems nearly extinct – Lynch is once again serving as a pioneer.

After his own inimitable fashion, Lynch is following the same trajectory toward the handmade, the DIY, the obsolete and the outmoded that we can find in many other areas of culture. Instead of making artisanal sheep’s-milk cheeses, recording rock albums in mono with tube amplifiers or growing a painstakingly groomed beard straight out of the “I’m a Lumberjack and I’m OK” skit, Lynch has ventured backward into the forbidden zones of 20th-century art, which the pop-culture revolution seemed to have vanquished forever.

Despite Lynch’s reputation for being somewhat disconnected from reality, I’m sure he doesn’t think that the double-LP rerelease of “Polish Night Music,” his experimental/ambient collaboration with pianist and composer Marek Zebrowski, is likely to be a big hit. (If you’re not cool enough for vinyl, you can buy it as a digital download. Even artists must compromise.) Furthermore, I can guarantee that he doesn’t care. Lynch is not being willfully perverse with work like “Polish Night Music” – which is a wonderful record, by the way, ethereal yet precise slices of musical meditation that are both haunting and calming. He is doing exactly what he wants to do, first of all, and he is also making a point, except that to him it’s not a point but more like a fundamental truth: Art has to be something that moves us rather than something we can put in identifiable containers, or it’s not art.

At the precise moment when we decided that movies with lots of sex and violence or deliberately artificial TV melodramas were totally cool, and everything that happened in a concert hall or a modern art museum was by definition not cool, we became guilty of exactly the same snobbery inflicted by the defeated forces of high culture. Or to put it another way, we replaced the values of the aristocracy with the values of the marketplace, and while that felt liberating (and actually was liberating) for a while … do you really need me to haul out some quote from a Frankfurt School tome or Antonio Gramsci or “The Society of the Spectacle” right here? No, this is a “quick take” and we can skip that part.

I don’t want to get stuck on questions of high culture vs. pop or the past vs. the future or the self-invented prison of hipness, tempting as they are, because I’m quite sure David Lynch doesn’t care about those categories at all. In a larger sense Lynch is pushing back against categories and boundaries; in all his work, cinematic or musical or literary or whatever-the-hell, he is a great believer in craft and imagination, mystery and dream. He is certainly no opponent of commerce: The double-LP reissue of “Polish Night Music” costs $23; the deluxe edition is already sold out, and fetching close to $100 on eBay. But his entire career has been an act of resistance against the dominant role of the market in shaping and defining art, whether or not he thinks of it that way.

David Lynch may be weird. OK, he is without doubt extremely weird. But one thing he’s not is pretentious, or obsessed with being cool. Consider his decades-long role as pitchman for Transcendental Meditation, a movement that peaked in the late ‘60s with the Beatles and has been surrounded, let’s just say, in controversy. In no universe is T.M. cool. Another point he’s trying to make with something like “Polish Night Music,” and tried to make in a different context with his radical swerve away from plot and narrative in “Lost Highway,” “Mulholland Drive” and “Inland Empire,” is that you can appreciate and enjoy a work of art without “understanding” it or pinning it down with rational analysis. My private theory is that all the fanboy exegesis of “Mulholland Drive” drove Lynch nuts, and one of the conscious or unconscious goals behind “Inland Empire” was to say: Dudes, explicate this.

You might hypothetically get more out of Lynch and Zebrowski’s atmospheric soundscapes on “Polish Night Music” if you are familiar with minimalism, and have heard the music of contemporary composers like Arvo Pärt and Gyõrgy Ligeti and Henryk Górecki. Then again, you might not. You’ve heard movie music and mood music and the music played to calm people down in airports and pep them up in shopping malls. If you’ve watched a David Lynch film at some point, you have heard both pop songs and contemporary classical music used in complicated and disconcerting ways. Nothing about the context or the experience of “Polish Night Music” is confusing, unless you convince yourself that it belongs to some pretentious art-world tradition you can’t understand.

Lynch’s experiments in cinema got too far ahead of changing cultural appetites, perhaps, and he ran into an aesthetic or epistemological wall with “Inland Empire.” People still go to movies expecting characters and a plot, and by that time he had pretty much lost interest in those things. I’m not sure he will ever make a movie again, but the whole film world, at least in its more idiosyncratic currents, has become increasingly infused with his flavor. In one direction we have Sean Baker shooting “Tangerine” in the Lynchian universe of night-side Hollywood with an iPhone, and if Lynch weren’t such a sweet guy he’d be cursing himself for not thinking of that. In the other direction we have Quentin Tarantino, who began his career in Lynch’s shadow and has long since passed him by, going ever deeper into absurdism and surrealism – and insisting on releasing “The Hateful Eight” on 70mm film, a cutting-edge format of yesteryear that is very nearly defunct. (Lynch is a technophile who loves digital cameras, but I'm sure he's delighted that Tarantino has stuck to his guns.)

I know what you’re about to say, since you’ve been murmuring it since you started reading: “Twin Peaks”! Yes, Lynch is now officially reattached to Showtime’s nine-episode reboot of the series that revolutionized (or at least enweirdened) network TV. Maybe that means he is coming back to narrative storytelling, to Special Agent Cooper and cherry pie and the Log Lady, to the needs and desires of his long-suffering fan base and to the patented eccentricity of the David Lynch brand. OK, sure, maybe. But consider the trajectory: Isn’t it more likely that some Showtime executive, sometime in 2017, will be staring at a monitor and repeatedly picking her jaw up off the floor and muttering to herself, "We spent all that money and took all that abuse and we got this?" I can't wait.