Jennifer Lawrence slams Kim Davis and her supporters: "All those people holding their crucifixes, which may as well be pitchforks"

In a new Vogue profile, Lawrence says Davis makes her "embarrassed to be from Kentucky" 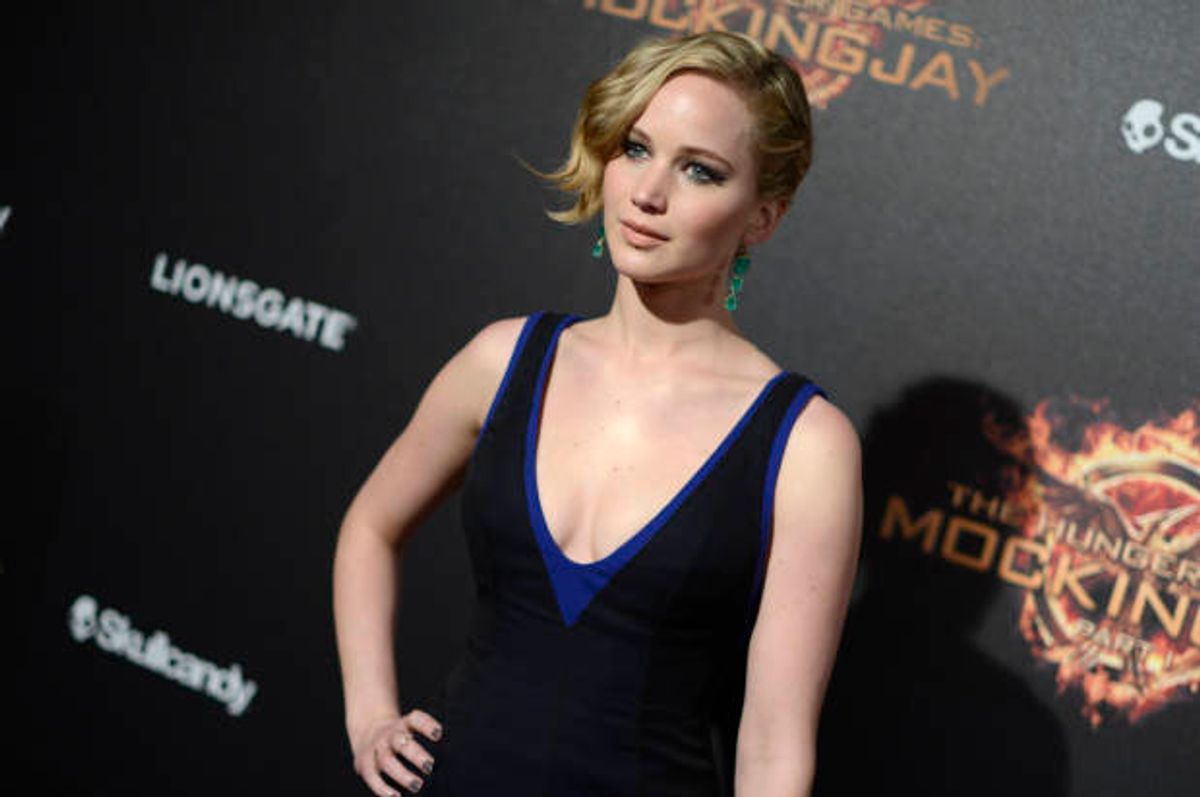 In a new Vogue cover story, Jennifer Lawrence gets real on a number of subjects, from dating ("I am lonely every Saturday night") to fitting into her new Beverly Hills neighborhood, where she just bought a house — and flew in decorators from her native Louisville, Kentucky, to furnish — down the block from Mila Kunis and Ashton Kutcher ("I go over there uninvited. They’re probably getting pretty sick of me"). And between dishing on her relationship with director David O. Russell and showing off her mash-up of middle-class roots and current fame (“I always forget you’re supposed to chill rosé—I’m new money" vs. her splurges on private jets, because "there can be 300 perfectly lovely people at the gate and one crazy person who ruins it for everyone") she dug into another high-profile Kentucky native, Rowan County Clerk Kim Davis, who had just been released from jail for refusing to issue marriage licenses to same-sex couples in her office.

Jonathan Van Meter writes that Lawrence brought up the Davis case, "calling her 'lady who makes me embarrassed to be from Kentucky.'" When Van Meter asks, "Kim Davis?" Lawrence fires off:

“Don’t even say her name in this house,” she shoots back, and then goes into a rant about “all those people holding their crucifixes, which may as well be pitchforks, thinking they’re fighting the good fight. I grew up in Kentucky. I know how they are.”

Lawrence shows off her famous charming bluntness throughout the profile, notably on last year's nude-photo hack (“It was all pain and no gain ... But I don’t dwell on it unless someone brings it up. Have you seen me naked?”) and her current nonexistent sex life:

Glasses of wine in hand, we head upstairs, and when we walk into the enormous master suite she makes a sweeping gesture toward the bed and says, “This is where the maaagic haaaappens.” Then she shoots me a get-real look. “Literally zero magic has happened in here.” She holds up her glass in a toast: “Cheers to my hymen growing back!”

Read the entire fascinating and hilarious profile at Vogue. Lawrence has two new films coming out this fall, the final installment of "The Hunger Games" series later this month and Russell's "Joy," which opens in December.