The absurd “one percenter” backlash against Mizzou’s hunger striker: Family money doesn't disqualify him from protest

Yes, Jonathan Butler comes from a wealthy family -- and he can still experience and fight against oppression 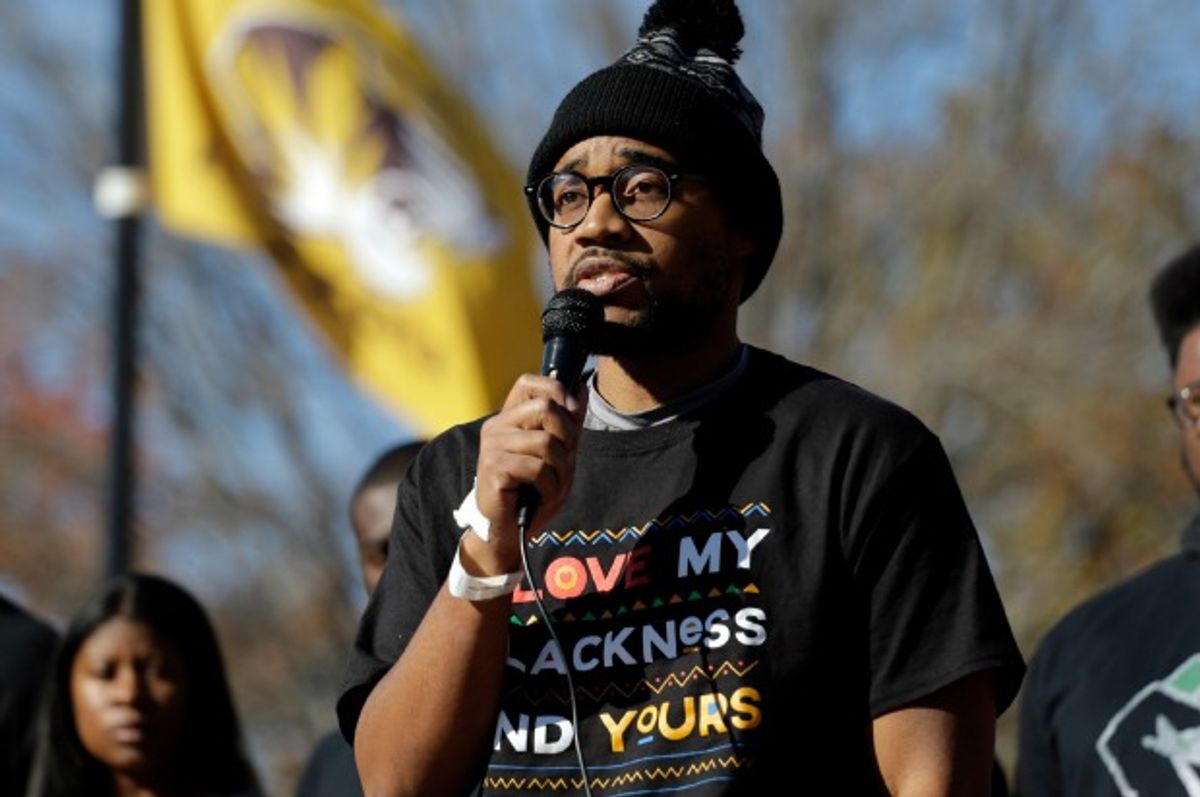 Here's a tip to trolls: Your GOTCHA! tactics are far more effective when they're not revealing your own blatant biases and apparently boundless ignorance. Like when you're shocked that a young African American person could be simultaneously socially conscious and wealthy.

Over the past several days, Jonathan Butler has found himself thrust into the national spotlight for his role in the protests at the University of Missouri. Butler is currently a graduate student at the university, where he also received his bachelor's in business administration. Last year, he organized and participated in protests in Ferguson. He says now that "I had never seen that many black people and I had never seen that many black people mobilized in that way." And it inspired him to take a hard look at what was happening at his own school.

Since the beginning of the academic year, several students have reported an alarming number of disturbing incidents, including being subjected to racist slurs. And they have expressed frustration with what they say has been a lack of action on the part of administration. During an October campus demonstration, Butler says that "We had drunk bystanders come and push us around, curse us out, say some really disgusting things. [University President] Tim Wolfe allowed his driver to rev his engine, and by revving his engine and going back and forth, he ended up bumping one of us twice. The Columbia Police Department threatened to arrest us even though we were being peaceful. You can see in the photos, we had our hands up and just wanted to do our demonstration and leave."

So on November 2, Butler announced he was going on a hunger strike, saying that "The revolting acts that are occurring at Mizzou are a result of a poisonous infestation of apathy that has been spawning from University of Missouri system leadership." And he vowed not to "consume any food or nutritional sustenance at the expense of my health until either Tim Wolfe is removed from office or my internal organs fail and my life is lost." On Monday, Wolfe announced his resignation, and Butler ended his strike.

In an interview earlier this week with the Washington Post, Butler talked about himself, saying, "I enjoy school, skateboarding. You know, I enjoy life." He said that he was inspired by his mother and grandfather, who "were both raised in the church and… did a lot of community engagement." He mentioned his father's law background. And he made it clear his protest was a widely encompassing call for justice, saying, "We have issues of sexual assault, when we have issues of racism, when we have issues of homophobia." Damningly, apparently, he somehow failed to mention his family's income.

Believe it not, sexual assault, racism and homophobia are not problems that affect only the poors. Yet a number of right wing blogs nevertheless reacted as if they'd really dug up the goods on this guy when it was revealed that Butler is not just the son of the pastor and co-pastor at Joy of Life Ministries, but that his dad is also an executive vice president for marketing and sales of Union Pacific. The St. Louis Dispatch reported that last year Butler's father Eric's "compensation was $8.4 million, according to regulatory filings with the Securities and Exchange Commission."

That's all it took. An image of Butler captioned "Claims white people are privileged and he is oppressed: Comes from a family worth $20 million" swiftly took off. Gateway Pundit unleashed the bombshell that Butler is "a one percenter!" A College Fix headline noted that Butler's parents "own lakeside home worth $1.1 million." Breitbart gloated that the Butlers are "an American success story" and called their son an "affluent radical," comparing him to "rich kid turned Students for a Democratic Society bomber Bill Ayers." And of course, plenty of folks on Twitter have now been calling him a "fraud" and far worse.

I get that perhaps some people don't have access to a dictionary, but if you look one, you'll find there is a difference between privilege, success and wealth. They are not interchangeable terms. Guess what — you can be the president of the United States of America and subjected to revolting, hideous racism on a daily basis. You can be a former secretary of state and a presidential candidate and deal with disgusting misogyny constantly. You can be a Olympic hero and the butt of transphobic mockery.
You can be a beloved television host and have people threaten to boycott your show because you're a lesbian.

When I spoke recently with a woman about her experience of being gay bashed, she didn't mention her attackers backing off because of her numerous career achievements. Because that's not how it works. As Snopes adeptly says, "While it's true that Butler's family is wealthy, Butler did not obfuscate that fact by claiming to be 'just a poor kid,' nor is that information relevant to the grievances that inspired his hunger strike."

You can attain the American dream and be treated like garbage. You can be rich and marginalized. More importantly, you can have been granted opportunities in life and still care about those who have not. In fact, you ought to. That's why Butler's family background is not evidence of hypocrisy. But the fury over sure makes a case for conservative stupidity.