"The mother has asked us to adopt": Married gay couple fights to keep foster kid removed by Utah judge 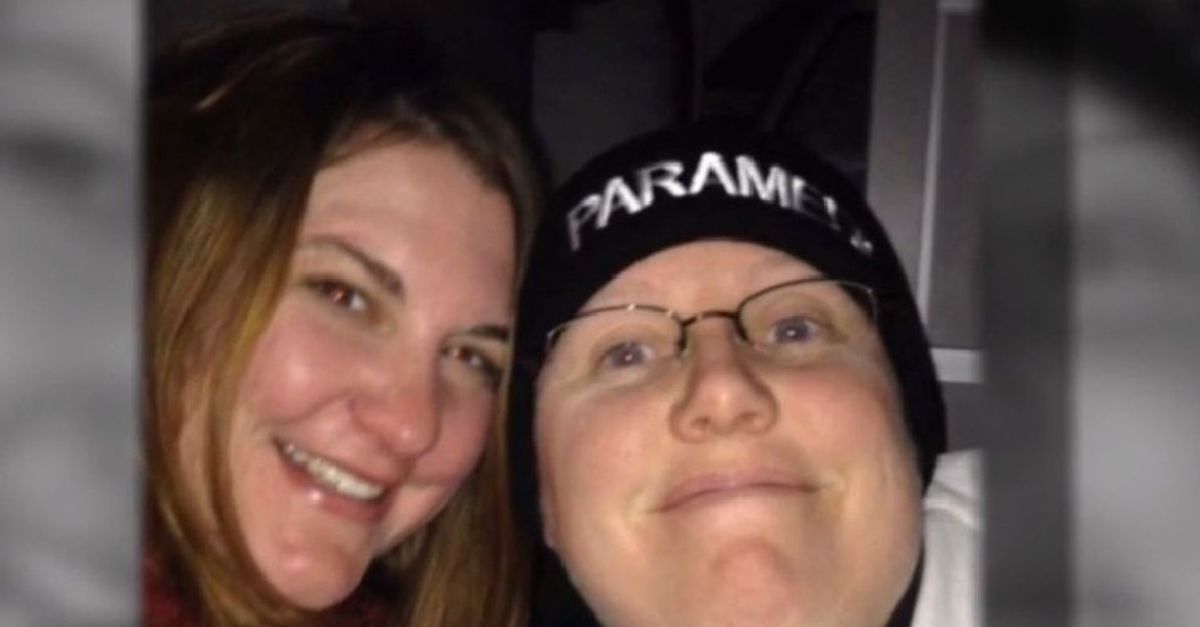 Things that are relevant to a person's ability to care for and love a child: Responsibility. Maturity. Devotion. Selflessness. The reasonable financial means to support the child. Things that are not: Martial status. Sexual orientation. So why did Utah Judge Scott Johansen remove a foster child from the home of April Hoagland and her wife Beckie Peirce earlier this week, reportedly citing "a myriad" of studies? Speaking with the Salt Lake Tribune, the couple said that the judge "said he has research to back that children do better in heterosexual homes." I'd love to know that research is. Because that's just not true.

The Carbon County couple, who are currently raising Peirce's 12 and 14 year-old children as well, have been caring for the one year-old baby girl for the past three months. KUTV reports the duo "were approved as foster parents in Utah earlier this year after passing home inspections, background checks and interviews from DCFS." The women say that the baby has been doing well with them, and they want to adopt her. They say the child's state-appointed attorney Mandie Torgerson and the baby's biological mother both support their desire to keep the baby. Hoagland tells the Salt Lake Tribune, "The mother has asked us to adopt." And attorney Torgerson says the biological mother intends to appeal the judge's order at a hearing scheduled for December. Division of Child and Family Services director Brent Platt, meanwhile, says that while caseworkers are obliged to follow the judge's order, his office's attorneys are also looking into it to make sure they aren't violating the law. As Peirce explains, "The law, as I understand it, reads that any legally married couple can foster and adopt."

I don't know how, in 2015, anyone with eyes can't look around the planet and figure out that having a man and a lady is not the magic, foolproof formula for successfully raising children. Just watch TLC some time. It's basically an entire network devoted to straight parenting failures. Then again, maybe Judge Johansen isn't living in the same century as the rest of us. Three years ago, he suggested to the mother of a 13 year-old juvenile offender that he'd reduce the girl's punishment if she cut off the girl's ponytail — in the courtroom. "Take it off clear up to the rubber band," he ordered.

Meanwhile, back here in the real world, gay people have a constitutional right to marry and two dads are perfectly capable of feeding their son some canned soup. And if you're looking for research regarding how children fare in gay vs. straight homes, here's some for you: A 2013 statement from the American Academy of Pediatrics, representing "60,000 primary care pediatricians, pediatric medical subspecialists and pediatric surgical specialists dedicated to the health, safety and well-being of infants, children, adolescents and young adults," affirming support for "civil marriage for same-gender couples – as well as full adoption and foster care rights for all parents, regardless of sexual orientation – as the best way to guarantee benefits and security for their children." And get this — a 2014 student out of the University of Melbourne in Australia further suggested that "Children of same-sex couples fare better when it comes to physical health and social well-being than children in the general population."

Love and care are not the province of one gender or one orientation. That should have been clear from the fact that the baby Hoagland and Peirce have been caring for was removed from a presumably not gay household. Hoagland now says, "We are shattered. It hurts me really badly because I haven't done anything wrong." And her wife adds that the judge has "never been in our home, never spent time with the child in our home or our other children, so he doesn't know anything about this."