A week of victories for student protesters: Here's the latest on nationwide campus demonstrations 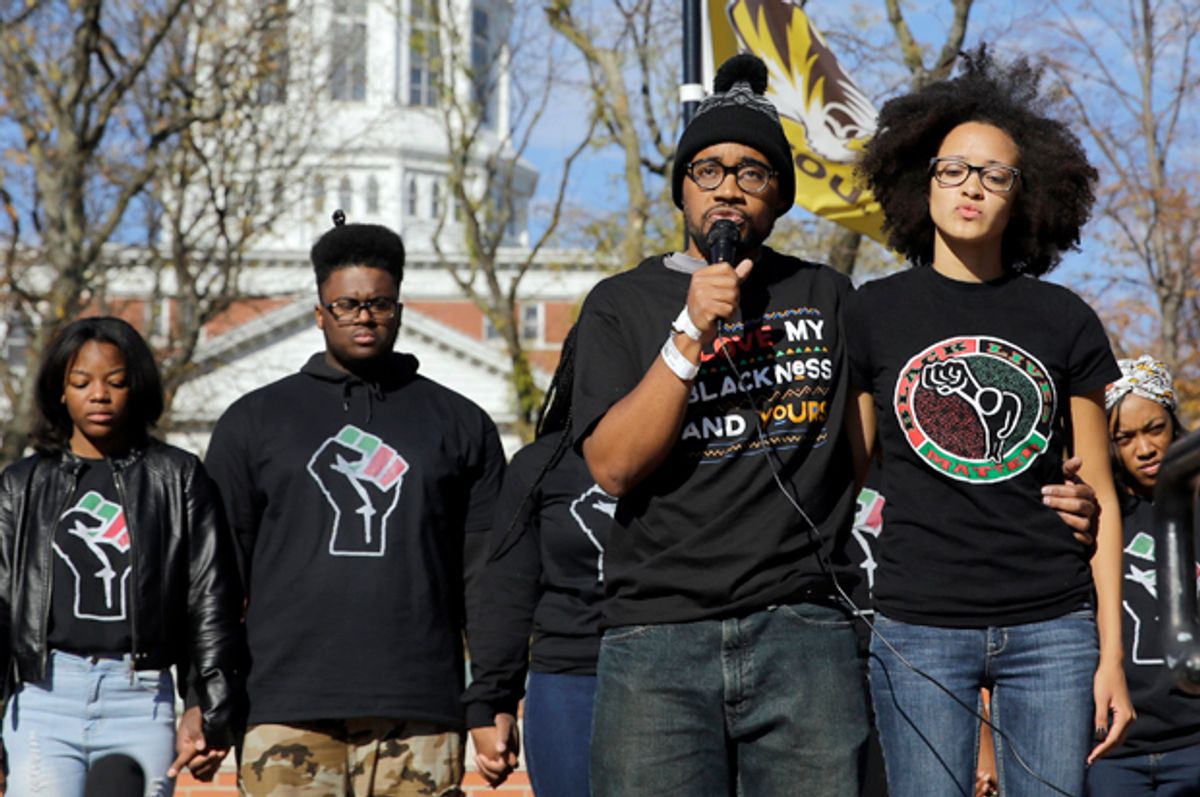 The dean of students at Claremont McKenna College resigned Thursday amid protests over racial tensions on the Southern California campus and one day after two students launched a hunger strike.

On Monday, Tom Wolfe stepped down as the head of the University of Missouri after a graduate student's days long hunger strike was given a major assist when Mizzou's football team boycotted the sport in solidarity. Wolfe's resignation brought national attention to the plight of students protesting unresponsive administrators.

Hundreds of students demonstrated at Ithaca College in upstate New York on Wednesday, demanding the resignation of that school's president for failing to adequately respond to concerns of racial hostility on campus.

Students at Georgetown began a sit-in outside the office of University President John DeGioia’s office Friday morning, calling for the renaming a building on campus named after a former university president who sold 272 slaves to Louisiana  in order to raise money to pay off university debts.

Students at the University of Michigan, Smith College, Yale, Columbia, University of Wisconsin in Madison, UCLA, Loyola University, University of Maryland, Howard, Duke, Emory and Wesleyan all gathered for protests on their respective campuses this week.

One Vanderbilt professor seemed to taunt students on Twitter after they complained about her "unprofessional intimidation on social media":

For her part, the dean of students at Claremont was accused of failing to advocate on the behalf of students who had spoken out about being marginalized on campus. According to the Los Angeles Times, about 30 students of color wrote to President Hiram E. Chodosh back in April to say that they felt excluded and intimidated on campus and in an email to a student who described her experiences, Spellman referred to such students as "those who don't fit the CMC mold."

"I felt uncomfortable as a student of color expressing any of my concerns about CMC’s Climate, with any representative of the Dean of Students," student Taylor Lemmons wrote announcing her hunger strike this week. "I said this out of frustration at the consistent and deafening silence that [Spellman] finds to be permissible when students beg for real advocacy on this campus." Spellman resigned on Thursday.

“The fact that it took eight months of protest and two students saying that they wanted to go on a hunger fast to create all of this to happen is very telling,” 21, a senior environment, economics and politics major Jincy Varughese told the Times. “This is not the be-all and end-all."