Ann Coulter's absurd Marco Rubio tirade: "It's like a hooker complaining about promiscuity" 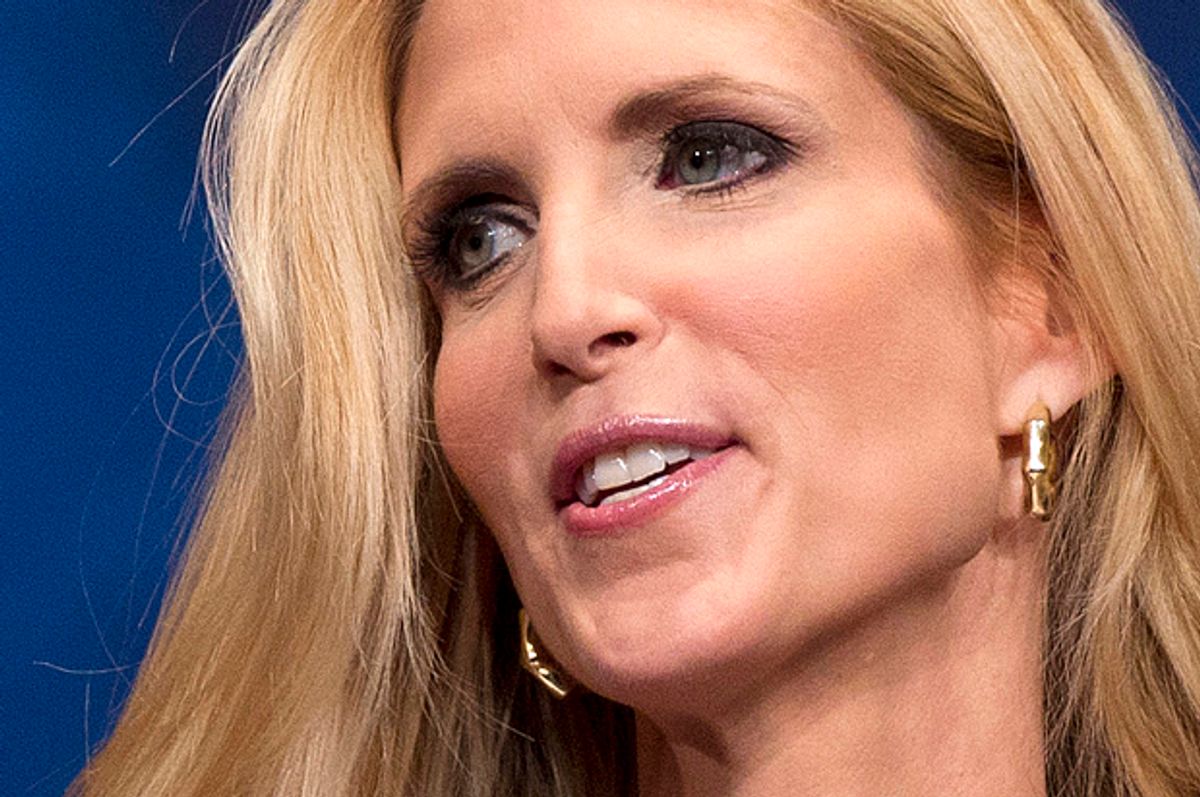 Marco Rubio has been hailed as an emerging frontrunner by many after his performance in the most recent Republican debate. Just don't count Ann Coulter among those impressed. In a new column, Coulter takes Marco Rubio to task for what she described as "canned answers" during the debate.

“It was a relief to watch a debate with no snarky questions from the moderators, but it could have been more riveting,” Coulter wrote. “Only two minutes of the debate were at all interesting -- and that was the two minutes spent on immigration.” Left out of these riveting two minutes was Rubio, who instead drooled talking points on softball issues, like ISIS.

“No, Marco, ISIS doesn't recruit ‘Americans’ on social media,” Coulter said. “It recruits immigrants and their children -- whom you want to import more of, by the way.”

“Rubio was practically taunting the moderators to bring up immigration,” Coulter continued.

How so, you ask? Well, he said something about big banks hiring the “fanciest law firms in Washington” to circumvent government regulations. But that has nothing to do with immigration, right? Wrong, says Coulter.

“A guy whose entire career has been dedicated to giving cheap labor to employers while driving down American wages should steer clear of complaining about ‘special interests,’” Coulter said. “It's like a hooker complaining about promiscuity.”