GOP governors are on the fast track to nowhere: Jindal, Christie & Kasich aren't long for this world

Time was that being a governor was premium experience for the presidency. Not so this year 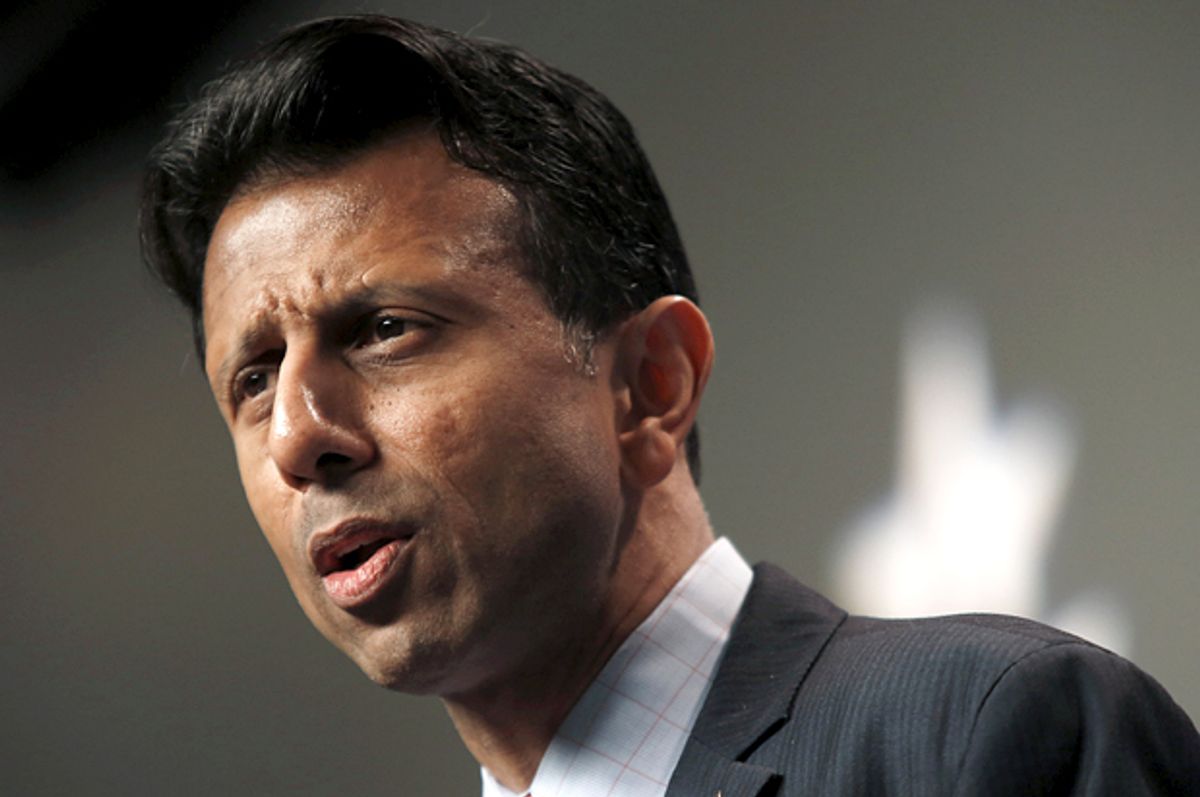 There was a time when being a governor was considered excellent experience for the presidency. Particularly if you were in office while you ran for the nation’s top job. A governor had experience running an executive branch of government and dealing with the recalcitrant, egotistical idiots who populate state legislatures. Having spent chunks of their careers in a state far away from Washington, D.C. allowed governors to claim to be outsiders who could shake up the nation’s capital when they got there. Even George W. Bush got away with claiming outsider status when he ran in 2000, and his family has deeper roots in Washington than the trees in Rock Creek Park. (That argument has worked less well this year for his brother Jeb!, the former Florida governor whose heart doesn’t seem to be in the argument the few times he has tried to make it. But then, I don’t think Jeb!, in his current incarnation as the most unenthusiastic campaigner for elective office since Paul Warren ran for president of Winwood High, could sell heating oil in New Hampshire in winter.)

This cycle’s Republican primary currently has three sitting governors running for their party’s nomination, following the departure from the race of Scott Walker. How are they doing? As of now, the tri-headed juggernaut of John Kasich, Bobby Jindal and Chris Christie have collectively captured around six percent of the support of the primary voters and will only sniff the Oval Office if they buy a ticket to the next president’s inauguration. By all rights, they should be back in their state capitals soon. But how soon? Let’s look at the status of their campaigns and make some predictions!

John Kasich – Hey, he’s still pretty popular! A Quinnipiac poll in October found the Ohio governor’s approval rating at 62 percent, despite the fact that all his time stumping through early-voting states like New Hampshire and Iowa has left him with precious little time at home. Or maybe his approval ratings are that high because he’s been spending so much of his time away from Ohio. If he’s anything like the snarling, hectoring grouch at home that he was onstage during the last two debates, voters might genuinely prefer he stay away. Besides, like party-happy teenagers whose parents are out of town, last week they came close to laying in a huge supply of weed while Dad was away. Party in Youngstown!

Kasich will probably stay in the race at least until he finishes no higher than sixth in the South Carolina primary on February 27, by which point the hopelessness of staying in just to be the lone voice of reason in this insane field should have sunk in. Though I think he should stay in the race through the convention next summer, at which time he can go back home sporting a 100 percent approval rating from his constituents, making him more popular in Ohio than LeBron James or warm weather. Heck, voters might even change the state constitution so he can run for a third consecutive term.

Chris Christie – The presidential aspirations of New Jersey’s biggest flameout since the Hindenburg are not sitting well with his constituents. A poll released this week found that nearly two-thirds of New Jersey voters think Christie should give up on the presidency and come home to work on his state’s problems (the largest of which being that it is New Jersey). The same poll found his job disapproval rating at 59 percent, which I thought was surprisingly low.

The poll also found that while only eight percent of his state’s Republicans back him for president, 53 percent think he should stay in the race. So New Jersey Republicans are either confused about what they want from the governor or they think the state runs better when he’s nowhere near it.

The irony is that the national press has lately started pumping Christie’s chances for a comeback, even as his national polling numbers fell so low that he was relegated to the undercard debate this past Tuesday. I predict that his ego will not allow him to drop out of the race before the Florida primary on March 15, simply because he will convince himself that his performance during Sandy in 2012 will convince voters there that he truly understands the needs of a state that is always in danger of getting wiped out by a hurricane. But after that expensive loss, even New Jersey’s Republicans won’t be able to justify sending his campaign money to keep him the hell away from them.

Bobby Jindal – Forget about meteoric rises. Louisiana’s governor is in a meteoric plummet. A recent poll from the University of New Orleans found that 55 percent of his constituents strongly disapprove of the job he’s doing. Add the 15 percent who checked the box without the modifier, and Jindal has a disapproval rating of an astonishing 70 percent. He might even be less popular in Louisiana than exercise.

It’s hard to imagine a harder fall for a Louisiana governor who isn’t under indictment. Jindal was once touted as the Next Big Thing for national Republican politics. Just a couple of years ago he seemed like a straight shooter, giving speeches telling Republicans that they needed to stop being the “stupid party.” Then his ambitions got the better of him. Now he’s dragging his one percent national polling average through Iowa and spending his debate time trying to out-nasty every alligator in the bayou. I’d laud him for punching up, except there is no one lower to punch down on.

My prediction? With his term as governor ending in 2016, Jindal will find a way to stay in the race until Roger Ailes offers him a paid contributor gig for Fox News. Which means he might still be running after the general election is over next November.