Trevor Noah has cratered "The Daily Show": He has no bite, no message -- and has let Fox News off the hook 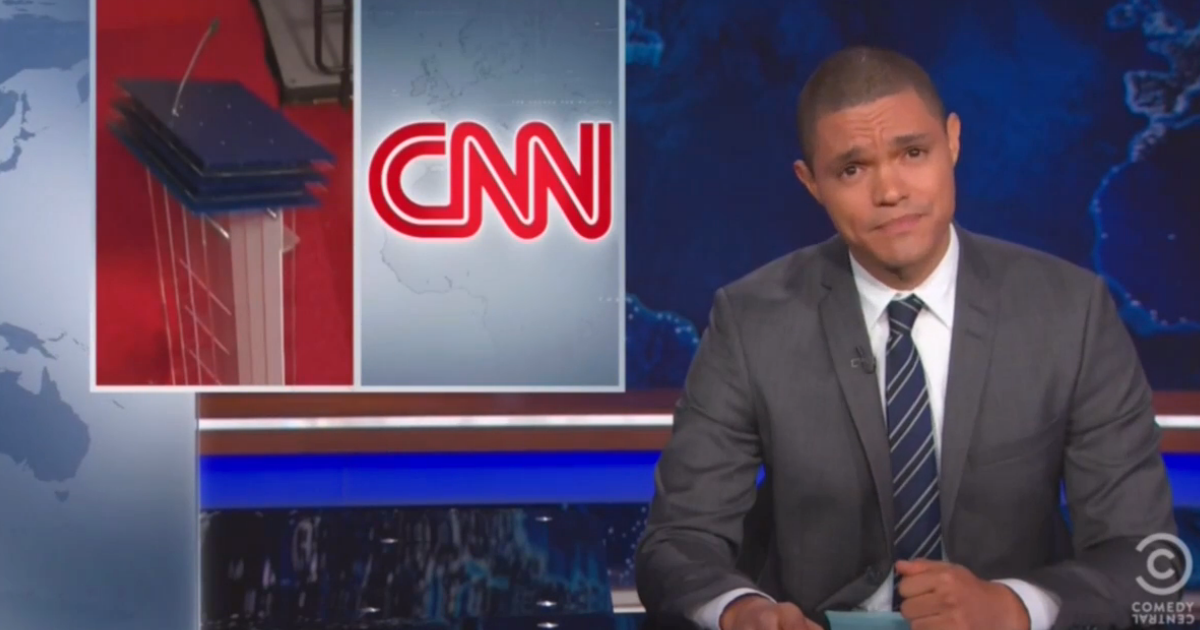 It has been just over one month since Trevor Noah premiered as host of “The Daily Show” and we already have buzz over whether he is “beating” Jon Stewart. Nielsen ratings reveal a sharp, yet expected, drop in viewers of 37 percent.  According to The Wrap, though, Noah is winning anyway, since he is up 20 percent in the 18-24 demographic and his on-demand streams are up 44 percent.  There is excitement over Noah’s ability to pull in more millennial viewers, more diverse viewers, and to capture the digital market. He is also a hit on Twitter, doubling Stewart’s mentions, and launching the show to third place in the twitterverse behind “The Tonight Show” and “@midnight.”

As Noah takes over for one of the most socially significant satirists in our nation’s history, it’s hard not to use ratings as a measure of success and an indicator of impact. But the ratings tell us nothing about whether Noah is “beating” Stewart. In fact, they miss the point entirely.

The question we have to ask is whether Noah can be the caliber of political satirist that Stewart was when he hosted the show. It really is the only question that matters. All of the hype over ratings, demographics or even joke stealing are beside the point. They may be related to the core issue, but they should not be the measure of Noah’s success.

Recall that Stewart was once voted one of the most trusted journalists, that his viewers consistently scored the highest on knowledge of current issues, and that he went toe-to-toe with gasbags like Bill O’Reilly in debates meant to elevate the political discourse in our nation.  Can Noah be that sort of comedian? And, if not, can he offer this country the sort of satire that speaks truth to power -- and that we sorely need?

Shortly after Noah was announced to follow Stewart, I cautioned that his status as an “outsider” to U.S. politics would be a problem.  I didn’t mean he couldn’t be funny and get a laugh; I meant that the sort of comedy he was likely to offer viewers would be more mockery than satire: it would be the sort of comedy that turns people off entirely from politics rather than encouraging them to engage.  I worried that his comedy would not have the ability to mobilize viewers to fight to improve the political landscape in the way that Stewart did.  And I wondered whether the turn away from a focus on the fact-averse reporting of Fox News would be disastrous in an election cycle. Thus far, Noah has proven me right.

First of all, it’s worth mentioning that Noah consistently reinforces his position as a “recent immigrant,” perplexed by our system and confused by our policies. It can be very funny. But unlike the politically powerful satire of John Oliver, it doesn’t lead to any sort of public response and it doesn’t have any productive social impact. In fact, if anything Stewart’s real successor seems to be Oliver who has repeatedly offered viewers insightful satire on issues of grave social significance. Combining passion with sharp insight, Oliver’s work shows that the issue here is not that Noah is from South Africa; the issue is that Noah is not offering his audience a critical and comedic view of an issue he truly cares about.

Take for example, this piece: Noah’s recent coverage of reporting on the Democratic debate. His impersonation of a Middle American accent is flat, but most important the comedy itself just lacks the irony needed to be good satire.   Instead, the piece simply makes everyone look stupid. And it has nothing in common with Stewart’s brand of satire. For Stewart the goal was to use irony to get the audience thinking. Calling bullshit was only the beginning. For Noah the game seems to be to call bullshit then run away laughing.

Stewart was no stranger to jokes that just made politicians look dumb. For instance, he liked to use the image of Mitch McConnell as a turtle to mock him. But that sort of joke was up against intense attacks on Nancy Pelosi or advocacy for First Responders—moves it is simply impossible to imagine Noah making.

Instead Noah seems to trade in caricatures of politicians and nothing more. There was the time that Noah mocked Trump by comparing him to African presidents. The bit served to reinforce stereotypes about Africa’s political problems, while making fun of Trump’s hubris. There was literally nothing new there. It did little to use humor and irony to simulate critical thinking.

It is easy to make someone in power look like an idiot, and it can be very funny. There is a major difference, though, between mockery, which leads to apathy and cynicism, and satire, which encourages critical thinking and active engagement. While these forms of comedy intersect and overlap, there is a key distinction. One leads voters to laugh at the circus; the other encourages them to kick the circus out of town.

Since his premiere Noah has been referred to as flat and fumbling. It is noteworthy that he stumbles in almost every episode; since we all know that mispronunciations are typically reshot in shows recorded live. It’s hard to understand why the producers are not having him redo those flubs. But the stumbled words are not the core issue, it is the delivery overall that is the problem.

There are times when Noah just doesn’t seem that connected to the words on the prompter. To give him a break, we should recall that Stewart started off slowly as well. He had fumbles and awkward shows too.  But even from the start, Stewart was clear that he wanted his show to reflect current issues and that he wanted to move it away from the style of Craig Kilborn. Now Noah has some of the same great writers and most of the same amazing correspondents who worked with Stewart, but the feel is totally different.  In fact, the best moments of powerful irony often seem to come from the correspondents and not the host.

I know folks will say that Noah is not supposed to be the next Stewart. That it is unfair to expect him to be the same sort of comedian. And they will claim that he was a very politically significant comedian in South Africa. Fair enough.

But if we are going to consider whether Noah is “beating” Stewart, it does seem reasonable to ask: in what way? Certainly ratings and demographics and on demand views seem like flimsy metrics. It is time to ask whether Noah can be the sort of politically incisive comedian we need hosting “The Daily Show.”