If We Can't Measure Slavery, Does It Exist? 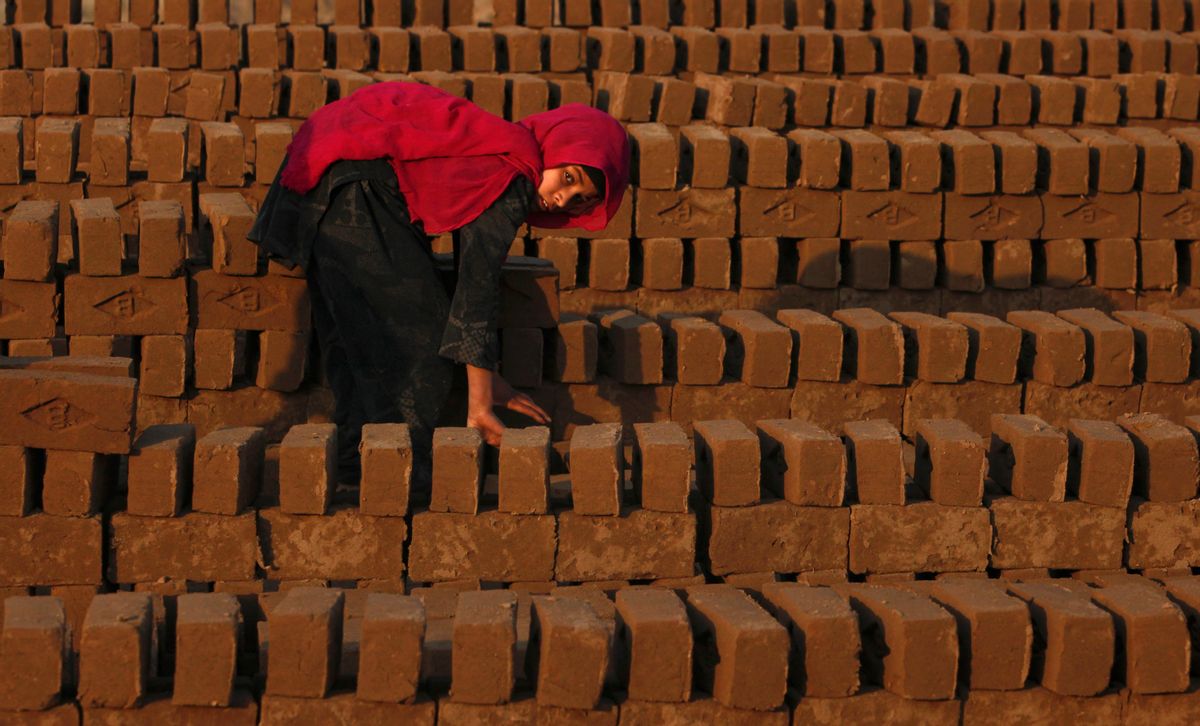 Did you know that more people are being enslaved today that at any given time in history? All the specialists agree, although it is impossible to know the exact number of victims of this horrendous crime.

The Walk Free Foundation estimates there are nearly 36 million men, women and children held in modern-day slavery. The International Labour Organization (ILO) believes there are about 21 million people in forced labour – a number echoed by the U.S. Department of State. But one of these figures is nearly half the other. Why is there such a wide discrepancy?

Part of the problem lies with the definition of slavery. Should human trafficking constitute forced labour alone, or should it include forced prostitution, forced marriage and debt bondage? But the more practical challenge is the lack of reliable data and a system to share it. It’s often been said that if something can’t be measured, then it doesn’t exist, and this perhaps has never been truer than when applied to the fight against trafficking.

Today, modern-day slavery is an invisible crime. There are no chains, the injuries are psychological, and the victims walk among us, mostly unnoticed, trapped in dark and illicit networks operating in the shadows. The clandestine nature of the industry masks its true scale. The ILO believes modern-day slavery to be worth some US$150 billion a year - three times the yearly profit of Apple, the world’s most profitable company. This number, as with any number related to modern-day slavery, is disputed, with several non-government organisations (NGOs) calling it too low.

This constant clash over the figures highlights three things. The first is that we have only uncovered the tip of the iceberg. The second is that slavery is organized crime at its best. And the third is that our efforts to dismantle this scourge on humanity are totally disorganized, a drop in an ocean of corruption and greed.

The players are many. There are hundreds of NGOs globally engaged in the fight against human trafficking, mostly acting directly on the front lines. There are local, national and transnational law enforcement agencies working to take down human trafficking networks. And then there are governments and institutions actively involved in fighting the crime.

All these players hold key data – but it is not shared, let alone harmonized. Information gathered from a rescue operation in India does not feed into a global slavery database. Instead it will be used by the NGO in question for advocacy purposes without being mapped, processed or connected to other similar pieces of information on a global scale.

As a result, we are left in the dark over the real size and scope of modern-day slavery. Some activists believe that current estimates are conservative, as they don’t necessarily take into account those individuals born into slavery, or who were never registered at birth. They put the number of people in slavery at 100 million – and say that is still an underestimation.

The inability to accurately measure the problem makes it easier to overlook and underfund. The numbers speak for themselves: according to Walk Free, OECD countries only contribute about US$120 million annually to combat modern slavery. The lack of accurate data and measures to track any progress in combating trafficking limits the international attention it is afforded. Ask any NGO, and they will tell you how often the lack of consistent data is used as an argument to halt the implementation of strategic initiatives and funding, especially at government level. A girl sorts prawns at the main port located in the outskirts of the southern city of Karachi June 13, 2009. Child labour is officially banned in Pakistan though girls from poor fishermen families are hired to sort prawns for 100 to 150 Pakistani rupees ($1.2 to 1.8 ) for a day's work. REUTERS/Athar Hussain (PAKISTAN SOCIETY) - RTR24MHQ[/caption]

Cracking the code of human trafficking has never been more urgent. As thousands of refugees flood into Europe every week, the opportunity is high and risk is low for traffickers to prey on those seeking a better life, luring them instead into exploitation. The need for better, more harmonized and more collaborative information is of immediate importance in the face of this perfect storm.

Data is the answer. The digital universe is doubling in size every two years. As our digital footprint increases so does that of the criminal networks responsible for trafficking human beings – making data the ultimate weapon in the war against human trafficking, holding the dual power to both measure and help prosecute. To take full advantage of it, we need to act in partnership, bringing government agencies, law enforcement, NGOs, foundations, and the private sector together. Who is better placed to find innovative and disruptive solutions to dismantle this lucrative criminal industry than business itself?

We have already seen an example of the power of partnerships. The Mekong Club fights modern-day slavery by leveraging private sector synergies through a number of strategic cross-industry initiatives. The Thomson Reuters Foundation - in partnership with the office of the Manhattan District Attorney in New York – has successfully worked with leading financial institutions in the United States to share data linked to human trafficking activity. The initiative triggered a major spike in the number of Suspicious Activities Reports filed with the Manhattan DA. A similar European Financial Working Group has also been launched.

Data is at the centre of the fight against trafficking. Let’s harness its full power and work together to put the slavery business out of business.

Using Data to Fight Slavery is one of the panels at the forthcoming Trust Women Conference. The event takes place on November 17 and 18 in London. For more information www.trustwomenconf.com