Colbert on Trump, Carson: "we shouldn't elect someone who shouts crazy things. Maybe we should elect a man who whispers crazy things"

"I hate to say this, but Donald Trump actually has a good point," Colbert said of Trump's questioning of Ben Carson 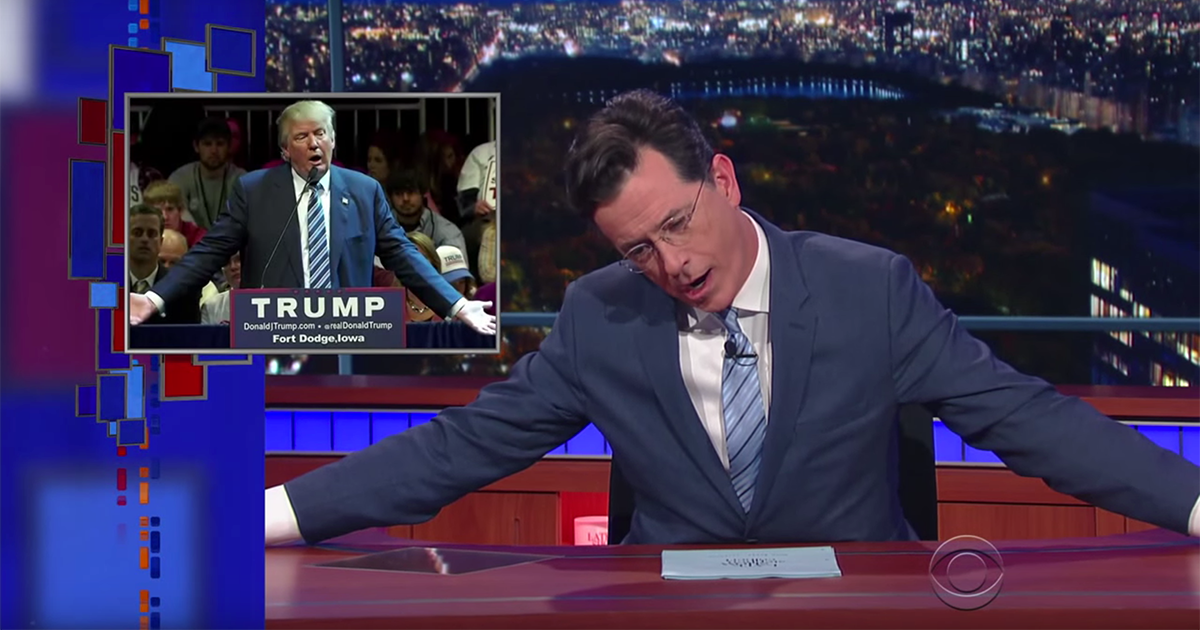 Donald Trump is freaking out now that he's lost his lead to Ben Carson in the polls, Stephen Colbert said on Friday night's "Late Show."

According to a new McClatchy/Marist poll, Trump has dropped one percent below Carson, or as Colbert calls the statistic "one Santorum." Perhaps voters are leaning Carson because, as Colbert puts it "we shouldn't elect someone who shouts crazy things. Maybe we should elect a man who whispers crazy things."

So, Trump is hitting back, even reminding voters that South Carolina senator Lindsey Graham is still in the race. "Tough guys don't talk like tough guys... a lot of the time the tough guys are the weak ones." Trump told the audience about Graham's recent comments on how he's a tough guy. "I'm tougher than all of them, believe me."

Colbert helped translate that from Trump to human by saying, "Tough guys don't talk tough unless they're talkin' tough about other tough guys because they talk tough. Which is how you know they're not tough. If you don't like it, tough!"

He then said that The Donald "took a big Trump on Ben Carson" for his bizarre biographic story. Trump made fun of Carson mocking the story and closing with, "give me a break." Trump then went on to do what Colbert called a "crime scene reenactment." Flexing his belt up and down finally Trump concluded by asking the audience, "anybody want to try it on me?"

Colbert laughed while pulling out a giant butcher knife, struggling it away from himself and soothing his eager right hand. "Cause, here's the thing," he began. "I hate to say this, but Donald Trump actually has a good point. Would a belt buckle really break a knife the way Ben Carson says it did? Or would it provide no protection like Trump claims?"

Colbert then hilariously asks the Mythbusters for help in testing if Carson's claim is correct. Check out the video below: