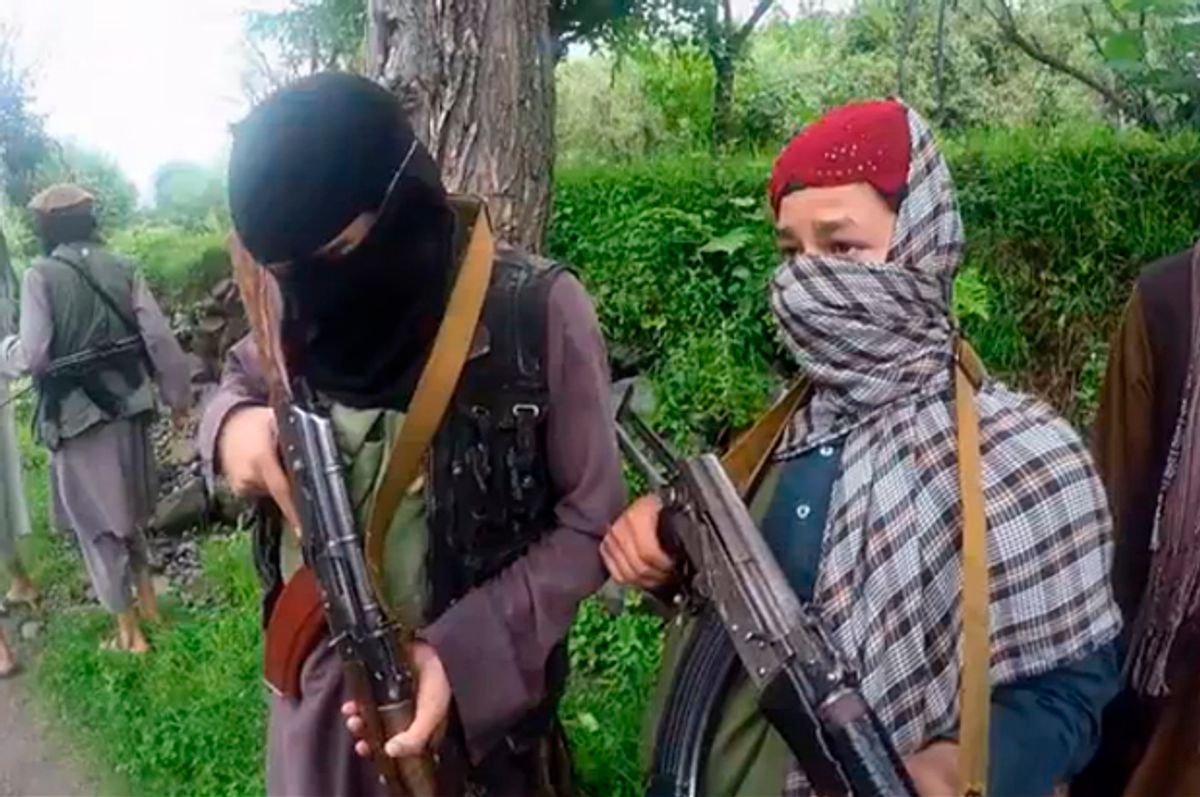 Anyone wondering about horrors that took place in Paris and the bloodthirsty style of the Islamic State should consider watching a Frontline documentary that premieres Tuesday on PBS. “ISIS in Afghanistan,” of course, was made before the coordinated attacks on the French capital, and it does not discuss the way fighters plan major attacks or move into non-Islamic regions.

The documentary's 32 minutes are hardly exhaustive – there is a lot left to know and there are no major surprises here. But the team gives a sense of how terrorist groups see each other, and some of the way they pass their hatred on to the next generation. Overall, it’s a chilling portrait.

The segment begins in a car with a broken windshield. Most of the program follows journalist Najibullah Quraishi, who worked for eight months to come to a remote mountainous region and see ISIS close up. It’s a landscape of stone walls, dry riverbeds, rocky roads and deep green vegetation; Quraishi speaks to militants and watches them train kids for holy war. In regions like this, ISIS acts like the government it wants to become – it collects taxes and runs schools that educate kids from the age of 3 as well as military schools that train children in combat.

A major theme of the program is the tension between ISIS and the Taliban. The former is still the smaller group – there are apparently only about 1,000 ISIS fighters in Afghanistan, with more coming in from Saudi Arabia and Europe -- but they are more ambitious and more international than the older group. “We want the Islamic system all over the world,” a former Taliban officer who defected to ISIS says. “And we will fight for it.” Apparently ISIS pays better than other terrorist groups – enough to let local men feed their families. “The Taliban are puppets to Pakistan,” one militant says, “while ISIS answers only to God.”

Many of the most frightening images involve children. We see small kids reciting the term “jihad,” being lectured on the theory and practice of holy war as their teacher pulls out a large gun with which to “defend the faith” against infidels. He passes around a hand grenade. The teacher hands a blond child a pistol, asks him to aim and shoot.

We hear teenagers training to become suicide bombers for ISIS. “I’m ready when they give the order,” one says. “The garden of the caliphate wants a river of blood from us,” a teacher says to his children.

While it focuses most closely on ISIS, the segment also visits a Taliban cell’s forest hideout. (Members of the Taliban are not especially fond of ISIS and wonder why they need to assert their Islamic status. “We’re already Islamic.”)

The terrorists who speak in “ISIS in Afghanistan” don’t exactly let us into their psychology; the segment ends without giving a real sense of what motivates them besides raw hatred and a desire for pay. There is no real analysis. But Frontline offers an up-close portrait of what lengths desperate people are willing to go to. Last week, we saw some of the consequences.