All of our choices are bad, and we helped make it that way: ISIS, Islam and the real story of our decades-long foreign-policy disaster

Bad policies, bad outcomes: We started much of this and can't extricate ourselves. This is how we got here 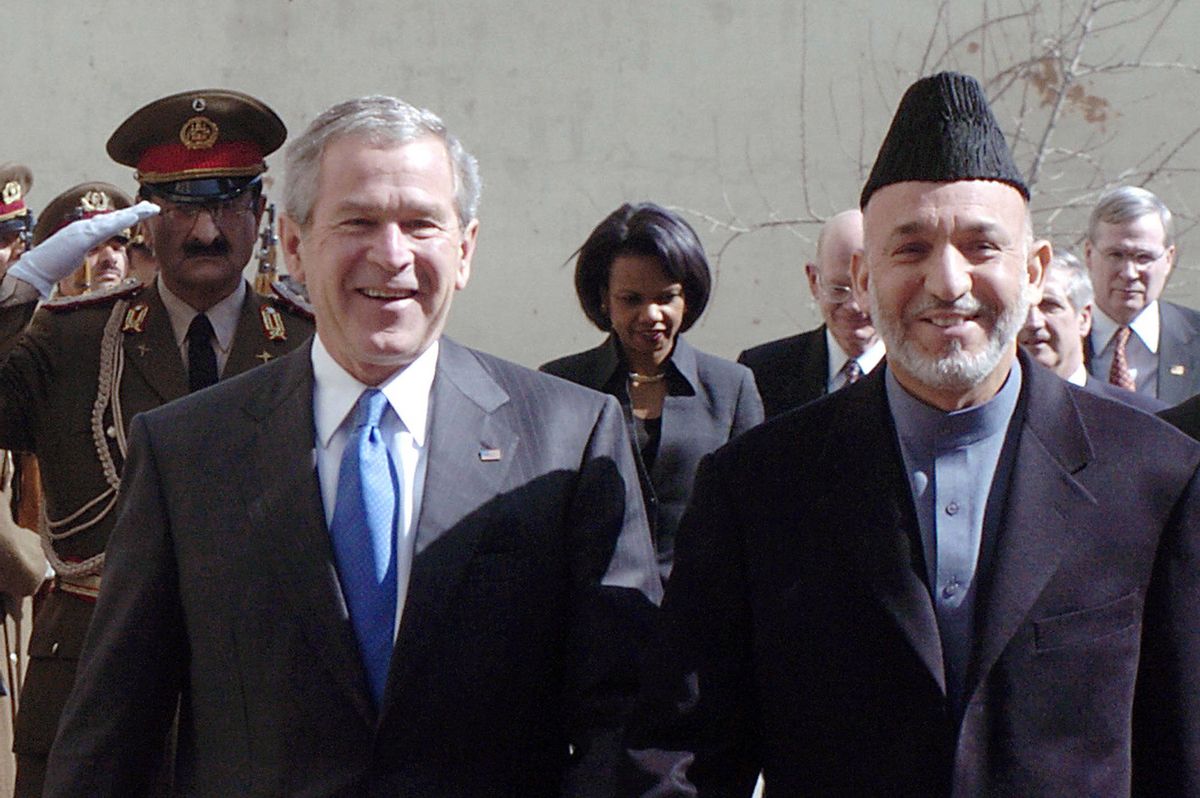 This is not, as much as anyone might insist, a civil war within Islam. This is no crude contest between the new and the old, the modern and the ancient. The truth is a lot messier than that. What we face in ISIS is the consequence of multiple conflicts, many of which we have started, involved ourselves in, or cannot extricate ourselves from.

We may have reached the terminal endpoint of a failed foreign policy.

A Poverty of Low Expectations

Friday’s attack in Paris was the third such major attack on France in the past year; the first, of course, was the horrible assault on the offices of Charlie Hebdo. We look of course for reasons why.

Many of these blame Islam, or elements in Islam, alone.

We’ve heard otherwise intelligent commentators insist that “Islam acts like the mafia,” that Islam is "the only religion" that is so intolerant of diversity that it kills its foes. Graeme Wood wrote at length to argue, based on zero interviews with any of the overwhelming number of Muslims who have theologically dismantled the Islamic State’s narrative, that ISIS was not just “Islamic,” but “very Islamic.”

Ayaan Hirsi Ali wrote a book about why Islam needs a Reformation. Her definition of a Reformation, however, fits the Wahhabi movement of Saudi Arabia like a glove, which is to say, her solution to the problem is the cause of the problem. Somehow this book got published: It’s the poverty of low expectations. When it comes to Muslims, mediocrity sells. But more than is at work than just bad argument. We like to hear what doesn’t discomfit us.

Consider, for a moment, the claim that only Muslims kill their critics. Sure, if you want to argue that Islam is the only religion that does so--as if religion is an independent actor--then you might be on somewhat firmer ground, except of course we've had religious Christians in high office who happily kill their critics. In fact, we’ve been killing our critics for a long time, under Republican and Democratic presidents. And I don’t mean people who threaten to harm us. I mean people who say things we find inconvenient.

Not blasphemy, but national security.

In 1953, our CIA and British intelligence joined forces to overthrow Iranian democracy, reinstating an absolute dictator. Dictatorship, in case you don’t know the definition, precludes democracy, freedom of speech, and the right to disagree. In fact, when you disagree, the dictatorship may well kill you. We have supported dictatorships for decades, which means we have been killing people for the sake of our national security priorities for decades.

Does it make any difference to the person who is robbed of his life the reasons for it--whether their opinions were found religiously dangerous, or politically problematic?

In Tunisia, in Egypt, in Saudi Arabia, in the United Arab Emirates, in Indonesia, in Pakistan, in Iran, in Israel -- in countless places across the Middle East and the Muslim world, we have backed, with our arms, our security guarantees, our financial aid and other loan extensions, the crushing of democracy. Huge numbers of people have suffered because of our policies. That is not to say that we are solely complicit, because of course Muslims, being people, have agency. We chose to support Saddam Hussein, but Saddam Hussein chose to be Saddam Hussein. He could have been someone else, and so could his henchmen, his enablers.

We supported him when he gassed Iranians, but he had the choice not to. He chose this brutality. We chose to support though, and help him continue it. We aid and abet crimes we claim endemic to Islam. But our errors are diffused into and across institutions, such that no one can be held responsible even if we wanted to find someone to blame.

And now we come to a point where we face the world's most dangerous terrorist movement, and appear to have no easy options to defeat it.

Here is how we got there.

America won its independence at a time when many Muslim states were entering their twilight. Thus must our relationship to the Muslim world be understood: While America did not cause the decline of Muslim dynasties, nevertheless, like two ships passing in the dark, America and Islam were moving in opposite directions. When they encountered one another, it was after history had taken them in very different directions.

In phase one, from 1776 to 1898, America experienced Islam primarily through Africa--a brief war with the “Barbary pirates,” which is immortalized in the “shores of Tripoli,” and the slave trade. A significant percentage of slaves brought to America were Muslim, though of course Islam was illegal. Slaves were forcibly converted to Christianity.

In phase two, from 1898 to 1991, America, becoming a world power, inherited the role of prior imperial powers, often with little real idea of what would be involved.

After the Spanish-American war, we took over the Philippines, which meant we took over Manila, and therefore, in the eyes of the islands’ Muslim population, were not Spain’s enemy so much as a continuation of Spanish policies. Manila was founded by Muslims, but the Spanish drove them to the southernmost reach of the island chain they once claimed for centuries. We were now a world power, but the Moros simply felt America as the next European colonizer.

After World War II, we inherited the United Kingdom’s role in the world, and had a big, bad Russian enemy to worry about. We didn’t concern ourselves too much with what this would mean for the societies which became proxy battlegrounds, largely because we were a lot more worried about Moscow’s ability to destroy us. (Mutually assured destruction and all.) So in Iran, in Turkey, in Israel, in Afghanistan--we made choices based on fears of Soviet influence. We cared a lot less about the region itself.

And nearly not at all for its peoples.

Needless to say, the populations in these regions experienced the resulting tug-of-war not through the lens of superpower rivalry, but their own ambitions rerouted to serve someone else’s ends. From the fall of the Soviet Union until Russia’s intervention in Syria this year, or 1991 until 2015, we had a third phase, in which the Muslim world and the West were directly engaged. From our necessary intervention to stop a Bosnian genocide, our rescue of Kosovo, to the war in Afghanistan we let slip away to prosecute an unnecessary conflict in Iraq, we were the sole power.

That phase has ended with Russia’s intervention in Syria. The United States is again no longer the world’s only global power, and all subsequent decisions, including how we take on ISIS, must be processed through this lens. Which is where the problem comes in.

Karl Marx believed capitalism would eventually collapse due to its own internal contradictions. I wonder if we cannot apply the same thinking to foreign policy outcomes.

We face two truths. First, that we must combat and defeat ISIS. Second, that any coalition against ISIS contains contradictions, internal tensions which leaves allies working at cross-purposes. Sure, we might want to partner with our NATO ally Turkey against ISIS, but Turkey exists in the region, and we do not: Turkey has fears about Kurdish power across its borders, which tempers its commitment to any war against ISIS.

We make a messy partner too. We say we want democracy in the region, but we are actively backing Israel’s occupation. Even when Israel refuses to do what we want, we keep funding Israel. We want to defeat ISIS, we say, but on Monday (yes, this Monday, not a few days after Paris had been attacked), we announced a $1.2 billion weapons sale to Saudi Arabia.

How can we plausibly claim to be fighting ISIS when we are arming the government in the region that practices the most reactionary form of Islam, and which is bombing Yemen, its next-door neighbor, and destabilizing it?

This is morally odious: What did the Yemenis do to us? This is strategically dangerous: All that weaponry, in an unstable region, and we cannot guarantee whose hands it remains in. This is potentially self-defeating: Yemen could very well become a new haven for Al-Qaeda (indeed it already is) or ISIS. And yet what choice does the United States have?

If the United States abandons its allies and tries to find another set of allies, well that is like letting go of one rope before you have caught onto another. Not to mention: which other allies? We have many choices, all of them bad. Which terrible choice will we make to fight a still more terrible movement? (One is reminded of needing to side with Stalin to fight Hitler.)

And that's what's really happened here. Bad policies, leading to bad outcomes. Wars do not happen because violence is embedded in religious texts. Wars happen for far more ordinary reasons. We reach a point when we believe we have more to gain, or less to lose, with the use of force. We may end up justifying that for any set of reasons, religious (Islam demands it!) or secular (national security requires it!). Wars also happen when the contradictions within a state, a region, or a global order, reach the breaking point. That happened in World War I and World War II.

Is it happening now, as each move we make in the region is matched by Russia, as each move against ISIS is matched by a move by ISIS, and we follow, one step after the other, not sure of where we are going, until we are embroiled in a far larger, more ruinous conflict, with nuclear powers in the region already buzzing past one another? French, Russian, American and Israeli aircraft are all in the skies over Syria. Does this not strike anyone as nothing short of madness? And yet it continues.

And we blame Islam generically.

ISIS is the result of years of foreign policy choices that have subordinated the rights and freedoms of the people of the region to questions of national security and strategic convenience. We did not notice what we had done to the Middle East until it was on fire.

You cannot fight fire with fire: Everything burns faster.

2015 marks a new phase in America’s relationship to the Muslim world. Here is what it can look like:

First, democracy must matter more than dictatorship. The only democracy in the region is Tunisia. That country should not be an afterthought, but a priority. (Pakistan and Indonesia have made important democratic strides recently as well, and should be priorities as well.) Inclusive societies are the best long-term bulwark against sectarianism and extremism.

Second, people must matter more than governments. Our interests and objectives should be aimed at realizing the best outcome for the peoples of the region, and not their sclerotic governments--while governments that prioritize peaceful mediation, and reconciliation, such as Oman’s, should also be rewarded. The more countries in the region pursue conflict resolution instead of war, the more we should support them.

Right now we’ve got it backwards.

Third, ISIS is not the cause of the problem, but the consequence of problems left, for too long, unresolved. ISIS does not exist because Islam does. ISIS exists because of terrible policy choices. We are not exclusively responsible, but we are not on the outside looking in, either. We cannot, with one hand, arm a Wahhabi regime with cutting-edge weaponry, and with the other, launch airstrikes against ISIS.

We have to choose.