Megyn Kelly's "radical Islam" meltdown: "They object to our belief system and way of life" 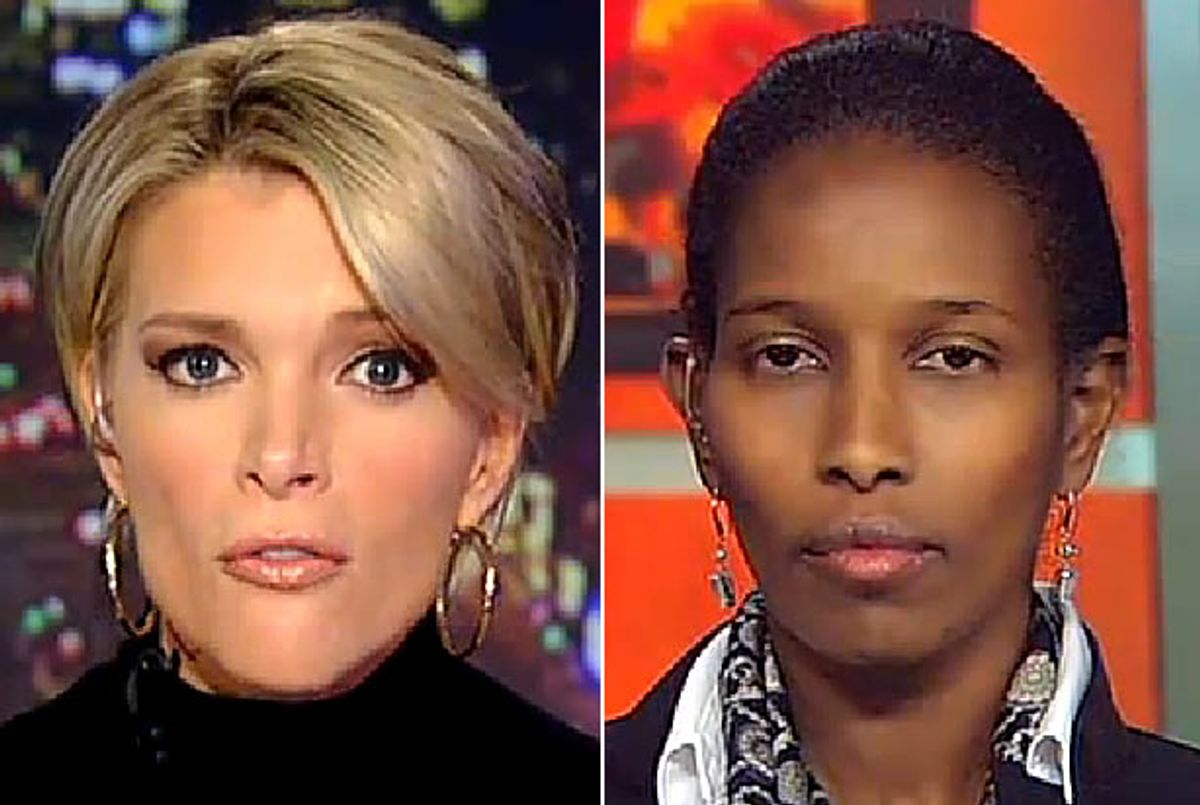 On "The Kelly File" Monday evening, anti-Islam activist Ayaan Hirsi Ali told host Megyn Kelly that the attacks in Paris shouldn't simply alarm Americans, they should push the United States to adopt a position toward Islam consonant with that of Israel.

Even though the segment opened with Kelly objecting to the fact that President Barack Obama is incapable of "identifying this enemy as radical Islam" -- he's repeatedly said that one shouldn't conflate stereotypes of radical jihadists with mainstream Islam, because doing so functions as a recruitment tool for militant groups -- Kelly later said that "it doesn't matter what we call them, or what we do, they object to our belief system and way of life."

On that point, Kelly's absolutely correct -- which makes her decision to berate the president for not saying the words "radical" and "Islam" next to each other a bit curious, but that's neither here nor there. She followed up that odd bit of self-contradiction by asking Ali "how we can go ahead and protect ourselves, as a practical matter."

Ali replied that the United States needs to learn from Israel, which "from the time it was founded had to deal with this, and over time and in a painful way, Israel developed an infrastructure which is legal. Its counter-terrorism measures, its intelligence -- they know what they're doing."

"We should stop demonizing Israel and start learning from them," she continued. "Israel, to my knowledge, hasn't declared war on Islam. It is at a place now with domestic terrorism where they have made such headway that the scenes we've seen in Paris are unthinkable."

"The mass murder of Israelis on Israeli soil is now unthinkable," she concluded, "because of the measures they have put in place."