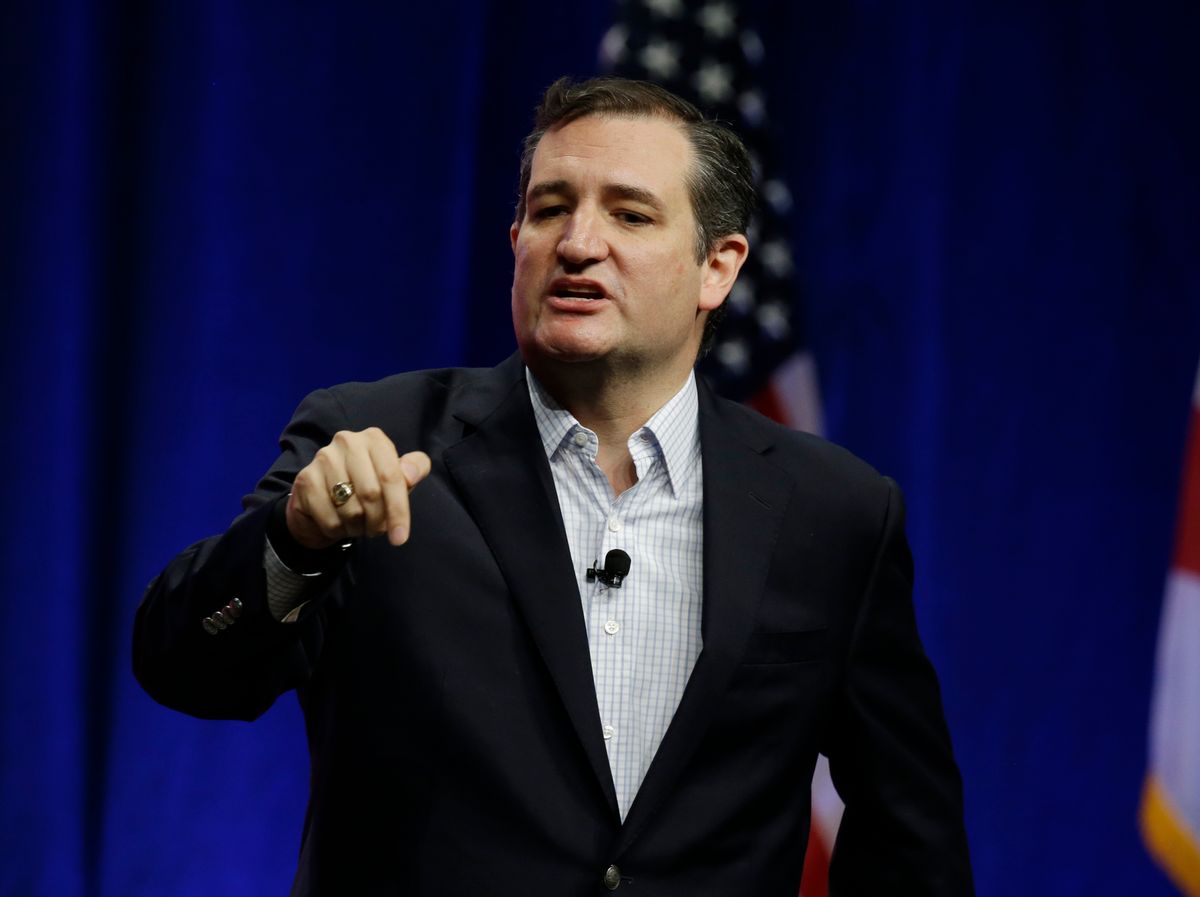 Are Republicans getting paid to write propaganda for ISIS? If I worked for ISIS, I'd consider cutting them a check or at least a thank you card for all the hard work they've been doing, helping create the narrative that the United States is so anti-Muslim, so consumed with hatred with all things Islam, that they can't even tell the difference between bad guys like ISIS and the victims who are trying to find safety, i.e. the Syrian refugees. If I were trying to stoke the us vs. them narrative that ISIS uses to recruit people to join their apocalyptic war-mongering cult, I would argue that "the West" hates the ordinary Muslim as much as the ISIS fighter, so you might as well be the latter. But why should ISIS bother writing that propaganda, when Republicans are willing to do it for them?

The rush on the right to blame the Syrian refugees for the attacks in Paris has been breathtaking in its racism, and thoughtlessness. The excuse for the hysteria is that ISIS could be hiding wannabe terrorists in the ranks, and that justifies keeping them all out. This argument makes no sense, of course. Most, if not all, of the terrorists in the Paris attack were European nationals. Meanwhile, the refugees are people who are trying to survive and many of them are trying not to be forced to fight. Blaming them only makes sense if you have an irrational fear and hatred of Muslims.

Of course, a lot of Americans, particularly in the conservative base, do have an irrational fear and hatred of Muslims, and so Republicans---who clearly see civil war, terrorism, and a humanitarian crisis mostly as an opportunity to score political points with the base---are pandering as hard as they can. Republican governors (and one Democrat) are rushing forward to say they will not allow Syrian refugees to enter their states. Gov. Bobby Jindal, who claims to be a devout Christian but who clearly hasn't read Jesus's parable of the Good Samaritan, triumphantly tweeted:

I just signed an Executive Order instructing state agencies to take all available steps to stop the relocation of Syrian refugees to LA.

Most Republican presidential candidates picked up the same message, that the way to fight ISIS is to refuse its victims shelter.

While the cover story is fear of sleeper agents, the rhetoric shows that the real purpose of this is to stoke hatred of Muslims and feed the Christian right's narrative about how this is a war between Christianity and Islam, starting with the argument, originating with Ted Cruz, that it would be okay to take in Christian refugees, but not Muslim ones.

Mike Huckabee went on Fox News and, in a stunningly overt bit of racism, sneered, "It's time to wake up and smell the falafel." Get it? They eat "weird" food and so they shouldn't be allowed to live here! Did you know that many of these people have seen entire city blocks wiped out with bombs and have watched loved ones die in front of their eyes? But, weird food!

Chris Christie bragged that New Jersey won't even accept "orphans under age 5." Because this is not and never was about legitimate fears of terrorism, but about stoking right-wing hatred of Muslims, even those who aren't even old enough for school yet.

Many experts rushed forward to immediately explain that states don't have a right to simply ban huge swaths of legal immigrants from living in their state, but it's doubtful that any of these governors actually intended to try. It's all posturing for the cameras, showing the conservative base that you hate and fear Muslims just as much as they do.

Luckily for ISIS, the propaganda that works for the Christian right works just as perfectly for ISIS! The only people who want a "clash of civilizations" between Christianity and Islam more than conservative Christians is ISIS, which is, at its heart, an apocalyptic cult that wants to conquer the non-believers, both non-Muslims and Muslims who have a different take on Islam than ISIS fundamentalists do. So big ups from ISIS to every conservative who feeds the ISIS narrative with their hysterical anti-Muslim bleating.

A lot of ISIS propaganda bashes refugees, telling them that true Muslims should move to the caliphate. Luckily for ISIS, Christian conservatives agree that the Syrian refugees should go home. ISIS and Republicans, working together to terrorize Syrian refugees. Nothing brings disparate people together like hate, I guess.

ISIS holds some territory, but at its heart, it's an idea: An interpretation of Islam, coupled with an aggressive plan of terrorism and conquest. ISIS fights with bombs and guns, sure, but its main weapon is propaganda. The strategy is to convince people, mostly Muslims, to buy into the ISIS bullshit about some epic world-changing showdown, which definitely involves the West vs. ISIS. And so Republicans are giving them a gift: The more hate they pile on Muslims, the easier it is for ISIS to argue to potential recruits that peace is not possible and so all-out war is all there is left.

The way to fight propaganda is to get smart, persuasive counter-messages out there. The United States needs to get the word out that ISIS kills Muslims (which they do, in great numbers), but the U.S. helps save Muslim lives. The best way to do this is to take in Syrian refugees. It's not just the right thing to do,  but it's just smart politics. It shows that we reject, whole-heartedly, the ISIS narrative about clash of civilizations, and that we want peace and unity between peace-loving people everywhere. We can't accomplish this goal while refusing to treat Syrian refugees like human beings in need of help, which is what they are.

If you care about breaking ISIS up and reducing violence, the first step is to take Syrian refugees gladly, to show that we are better and more moral and more peaceable than our enemies. Republicans refuse to do this, instead feeding the ISIS propaganda machine and helping them recruit more people with their hate. Looking over the landscape, it's hard not to conclude that given a choice between saving lives---not just Muslim lives, but the American lives that will be lost if this conflict escalates---and scoring political points against the Democrats, they will score their points rather than save lives.