America's anti-immigrant rage is reaching a fever pitch: Why it's time to get very nervous

After six years of non-stop xenophobic fear mongering, the Paris attacks have taken intolerance to a new level 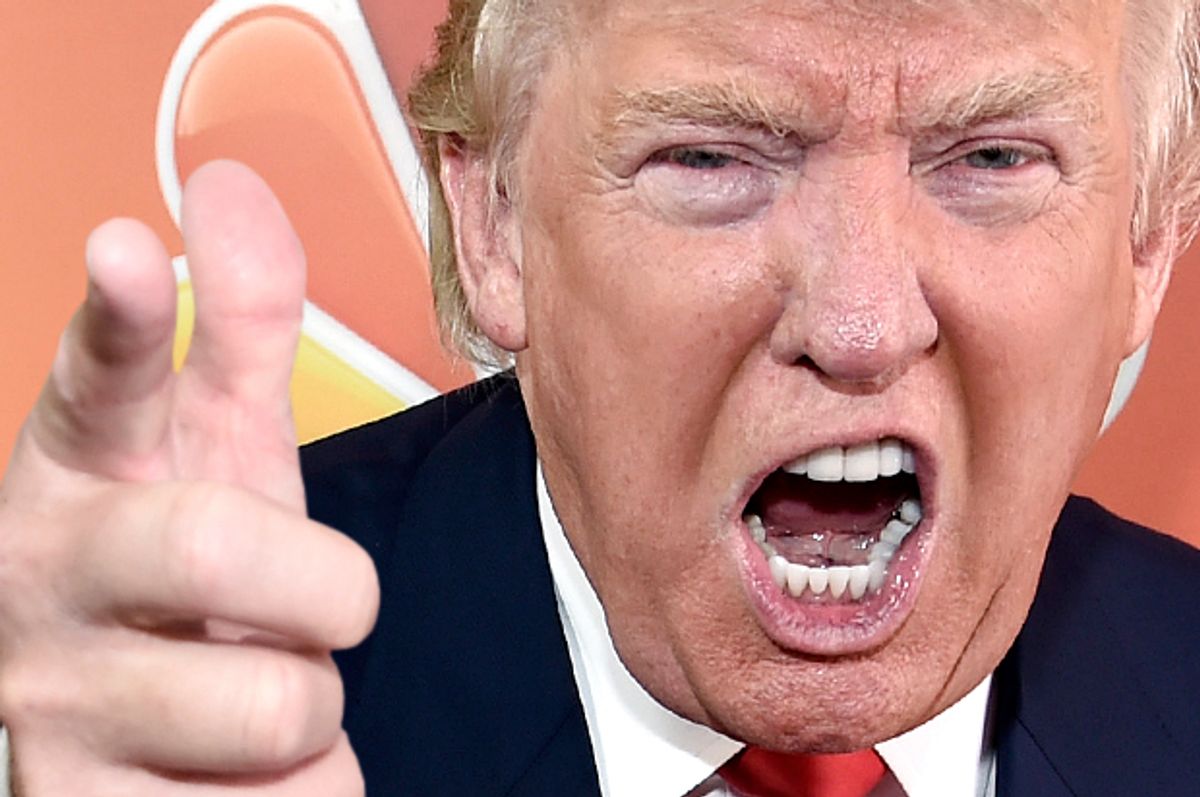 It's not clear if Mike Huckabee was the first Republican to call for Speaker of the House Paul Ryan to step down if he failed to do what he was told but he was certainly one of the loudest. On Monday a very angry Huckabee tweeted:

It worked. When I wrote my article yesterday there were only 15 Governors refusing to follow federal law and allow Middle Eastern refugees into the country. Today that number has doubled.  And Speaker Ryan has duly capitulated to Mike Huckebee's demand and will bring a bill to the floor to require a "pause" in admitting refugees to the country.

To be fair, he wasn't the only one making it. The entire Republican Party, with the notable exception of Jeb Bush, has now decided that we must not only close the borders to Mexicans but to people from the Middle East as well. But it is actually unsurprising considering that much of the 2016  presidential campaign has been built around the issue of unwanted immigrants.  The GOP base has been working itself up into a xenophobic frenzy for quite some time.

The nativist tendency has always been part of American life. But its intensity waxes and wanes for a lot of reasons and not all of them economic. I recently wrote about the "discomfort" many Americans were feeling a decade or so ago in places like Herndon, Virginia,  which were, for the first time, experiencing an influx of migrant workers from Mexico and Central America. The locals even formed a militia to combat what were basically cultural differences with which they felt uncomfortable.

There have been flare-ups of anti-Muslim fervor as well. (The protest against the building of a mosque near Ground Zero memorably comes to mind.) George W. Bush, to his credit always worked hard to keep a lid on full blown anti-Muslim bigotry. The minute he left, however, the gloves came off; but it was focused exclusively on the new president whom many right wingers believed was Muslim and likely "foreign."

And then a year and a half ago, we had a child refugee crisis on our border as thousands of children sought asylum from the gang violence and terror in their home countries in Central America. We took them in over the shrieking objections of conservatives, who launched a crusade against them that was so disgusting, it rivaled racist and nativist rhetoric we have not heard for half a century. That crisis was a major factor in the first big earthquake of the political cycle, motivating voters to oust House Majority Leader Eric Cantor in a primary race.

These pictures were all over our television screens in the summer of 2014: 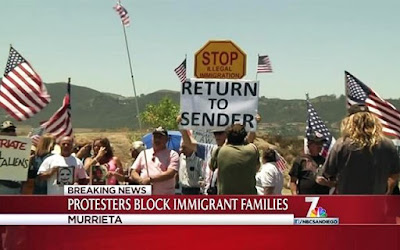 In the fall, along came the Ebola crisis which opened up the anti-immigrant fervor to another continent:

Thanks to Ebola, some xenophobic attitudes have been on full display recently. Last month, a cover of Newsweek used a chimp to illustrate a story about how bush meat imported from Africa could be a “back door for Ebola.” Lawmakers have suggested that Ebola-infected people may stream across the Mexico border. A community college in Texas stopped accepting perfectly healthy students of Nigerian and Liberian descent. Liberian immigrants who live in Texas are getting refused service at restaurants. There are a lot of comparisons being made to AIDS, the last scary disease to come out of Africa that gave rise to similar racial fears and stereotypes.

All of this xenophobia was relentlessly instilled into the minds of conservative voters by talk radio and other conservative demagogues in the media, month after month, year after year. And it has had an effect, According to this new poll by The Public Religion Research Institute:

Americans’ perceptions of Islam have turned more negative over the past few years. Today, a majority (56%) of Americans agree that the values of Islam are at odds with American values and way of life, while roughly four in ten (41%) disagree. In 2011, Americans were divided in their views of Islam (47% agreed, 48% disagreed).

All those Americans are not Republicans. But most of them are. The GOP base was well primed for Donald Trump with his talk of immigrant rapists and border walls and rounding up "bad people." If he didn't exist, the right wing media would have had to invent him.

Obviously this event in Paris was horrifying and people are understandably frightened. However, Americans have been through worse and we should have learned by now that the way to properly respond is to keep calm and carry on. But the first words that emerged from the Republican Party was a call to block any refugees from the middle east from coming to the U.S. by instantly cranking up the emotion around an issue that was already live among GOP voters.

Trump, of course, has upped the ante by calling for Mosques to be shut down, and he released a fiery Instagram on Tuesday saying:

Refugees are pouring into our great country from Syria. We don't even know who they are. They could be ISIS, they could be anybody. What's our president doing, is he insane?

In case you were wondering, everything in that statement is a lie.

Ted Cruz is on record demanding that Muslim refugees from Syria be denied admission to the USA while keeping the door open for Syrian Christians. Speaker Ryan agreed that we should not admit refugees but drew the line at establishing a religious test, making him a "moderate" on this issue and inevitably causing him heartburn with the right.

Understandably exasperated by the foolishness of all this, the president said "We are not well served when, in response to a terrorist attack, we descend into fear and panic. We don't make good decisions when they're based on hysteria or an exaggeration of risks." By turning away refugees we are alienating allies in the middle east whose help we need to deal with ISIS, encouraging others to block entry to desperate refugees thus adding to their misery. It's not only weak and heartless, it's a terrible tactical and strategic national security decision. The Republicans are convinced it's politically useful so that's that.

The president is not amused by any of this and no one else should be either. But neither should we be surprised. It's been building for a long time and now the xenophobes have finally come home to roost. If Trump happens to go all the way it's only the beginning.