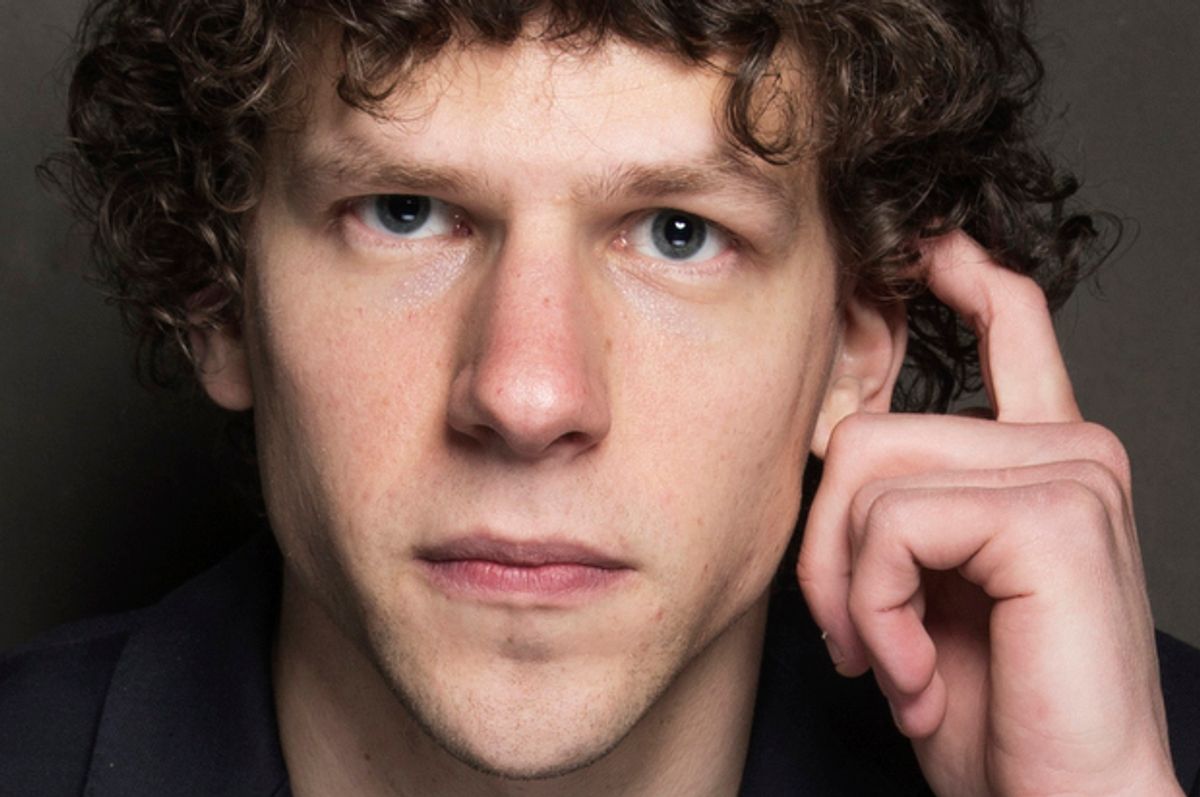 Jess Eisenberg is one of the best actors of his generation, as his memorable roles in “Adventureland,” “The Social Network” and “The Squid and the Whale” show. The New Yorker is perhaps the nation’s smartest magazine, with a rich, nine-decade tradition and, these days, a writing staff that includes Hilton Als, George Packer, and Jill Lepore. Bringing actor and publication together should yield impressive results. But instead, like a child with the worst features of both parents, Eisenberg’s Shouts & Murmurs columns have, over the years, gone from dumb and obvious to genuinely offensive. And his latest – a satire of how a film critic approaches a movie – may be his worst yet.

You can get a pretty good sense of what Eisenberg is up to reading the first few sentences of his piece, “An Honest Film Review”:

This week, I’m reviewing “Paintings of Cole,” which I didn’t like, because the press screening was all the way uptown, and there were huge delays on the J train.

The movie, which was written and directed by Steven Kern, who also stars, tells the story of a young man named Cole, who is tasked with bringing down the Italian Mob. Cole uses his paintings to send secret messages to the police, which pisses me off, because in grad school I wrote a short story with basically that exact idea. And I failed the grad-school class, but Mr. Kern is getting early Oscar buzz. Justice? Not in this life.

The Nov. 23 Shouts & Murmurs entry doesn’t really go anywhere from there: That’s pretty much all it is, a one-note look at a shallow, envious nebbish who knocks a movie for superficial personal reasons.

Do actors and people in the film world think that critics are so simple? Maybe, especially those who get bad reviews and figure it must come from personal spite. To be clear: I am not a film critic – nor have I played on TV – but I once edited a small staff and know a handful of the best of them. And this is simply not the way the vast majority of professional critics operate. They may have their flaws – some of them are indeed a bit nebbishy -- but Eisenberg’s piece shows no insight into their personalities or way of working. And, oddly, the actor has been treated generally quite well by critics.

At least one of Eisenberg’s previous humor pieces is close to this bad. His weirdly stereotypical “Men and Dancing,” with its “Indian” voices – it begins with a conversation between a “Squaw” and a “Native American Chief” -- was roundly criticized when it ran in May. (It became almost as notorious as Lena Dunham’s “Dog or Jewish Boyfriend: A Quiz.”)

“A quarter of his piece traffics heavily — and wholly unnecessarily — in racist stereotypes about Native Americans,” Salon’s Erin Keane wrote back then, “and the fact that this scene of a ‘Squaw’ urging an unnamed chief to perform a rain dance even made it to print is either a truly spectacular act of cynical Shouts & Murmurs celebrity column trolling, or total editorial cluelessness.”

Acting requires a chameleon's gifts. But these pieces make me wonder: In portraying unpleasant young men onscreen, is Eisenberg actually playing himself?

It’s easy to see why this marriage-made-in-hell of bad Shouts & Murmurs happens fairly regularly: Celebrities crave the upper-middlebrow, old-school prestige of the New Yorker. The magazine, which can seem a bit fusty compared to the more pop-culture-oriented titles on the rack next to it, craves the buzz-y, youthful cool of the writers it enlists. Sometimes it works out. But when it comes to Jess Eisenberg's contributions, the combination falls flat. This man must be stopped.