Laura Ingraham: "The American people are just about fed up" with "anti-American" Obama's "calls for compassion" 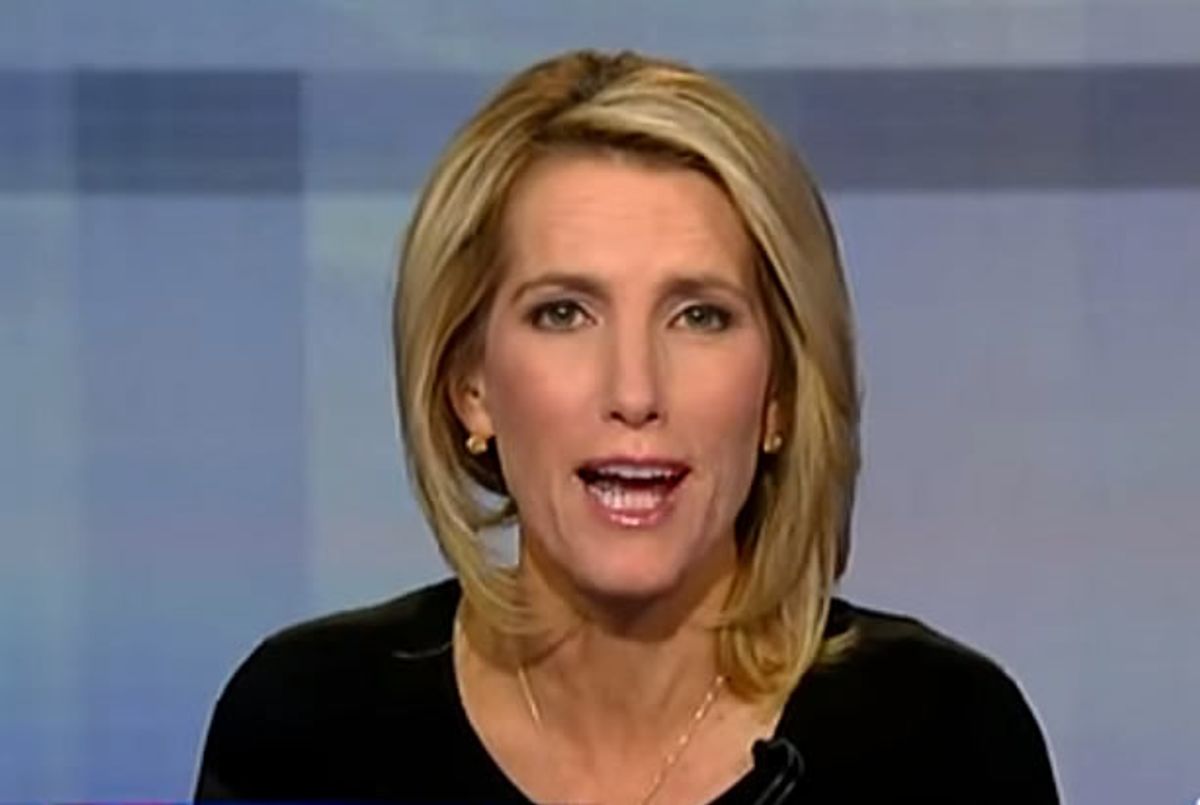 Conservative radio host Laura Ingraham accused President Barack Obama of "going overseas and turning into a political pundit" -- by which she meant, openly disagreeing with conservatives about the solution to the Syrian refugee crisis.

She claimed that despite working straight out of college for Ronald Reagan, she's "never seen a president go overseas" and criticize the opposing party's perspective on an issue -- a patently absurd claim, but it's not as if Fox News' audience is going to research it.

"His behavior was reprehensible," Ingraham continued, "to call out the duly elected governors of half of the states of the United States and basically call them bigots and stupid and intolerant and, frankly, anti-American."

"If he thinks he's going to cool this off with that kind of rhetoric," she said, "I think he needs to think again. The American people are just about fed up with this."