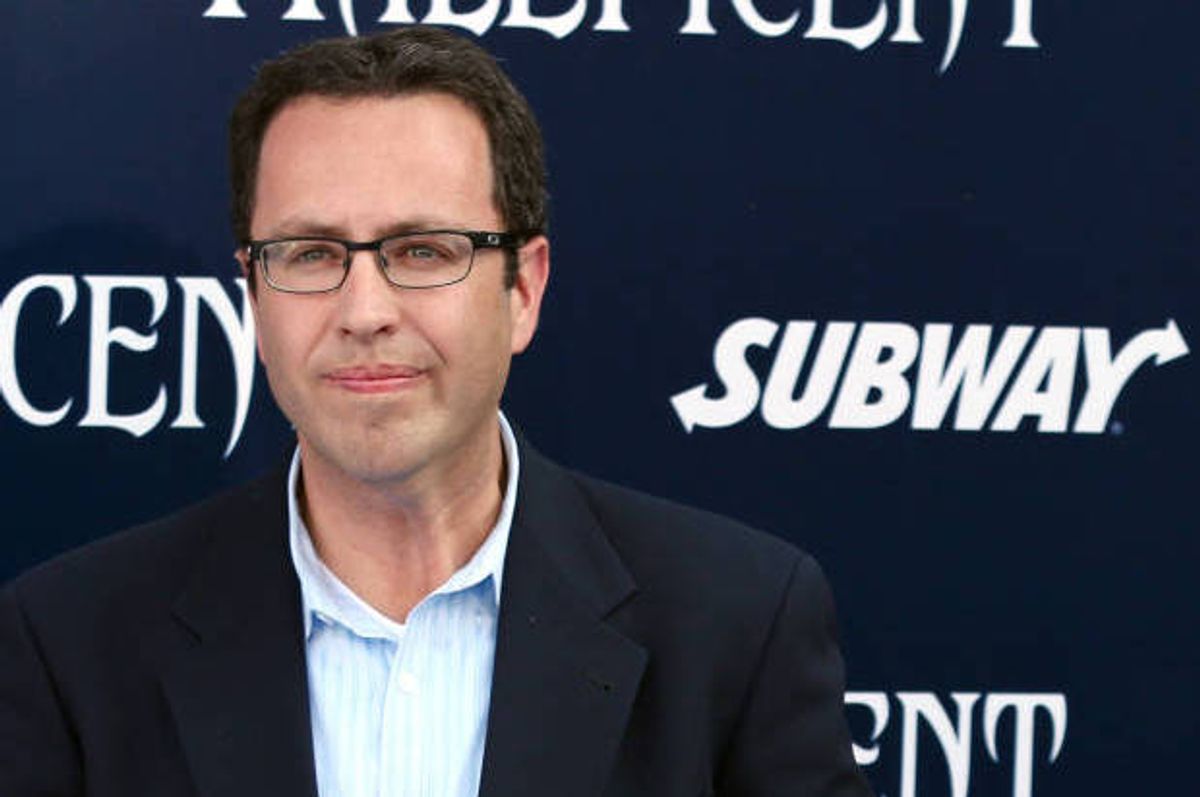 Former-Subway spokesman Jared Fogle was sentenced today to 15.6 years in federal prison on child pornography and sex charges, despite a plea deal reached in August through which Fogle’s defense team bargained for 5-12 years.

Testifying for Fogle’s defense, forensic psychiatrist Dr. John Bradford diagnosed Fogle with “mild pedophilia” for his interest in 16- and 17-year-olds.

Bradford also claimed in his testimony that Fogle’s “hypersexuality” stemmed from a compulsive eating disorder that needed an outlet after losing however-many pant sizes on the Subway diet, Reuters reported.

Twitter’s affinity for low-hanging fruit is certainly no secret. And why should Fogle’s sentencing be any different? These are from the past hour:

Time to get a new joke, Twitter — or better yet, don't laugh about prison rape, even for convicted sex offenders, to start with.