Editor's have to make hard choices, but that doesn't mean there isn't a problem when some lives are valued more 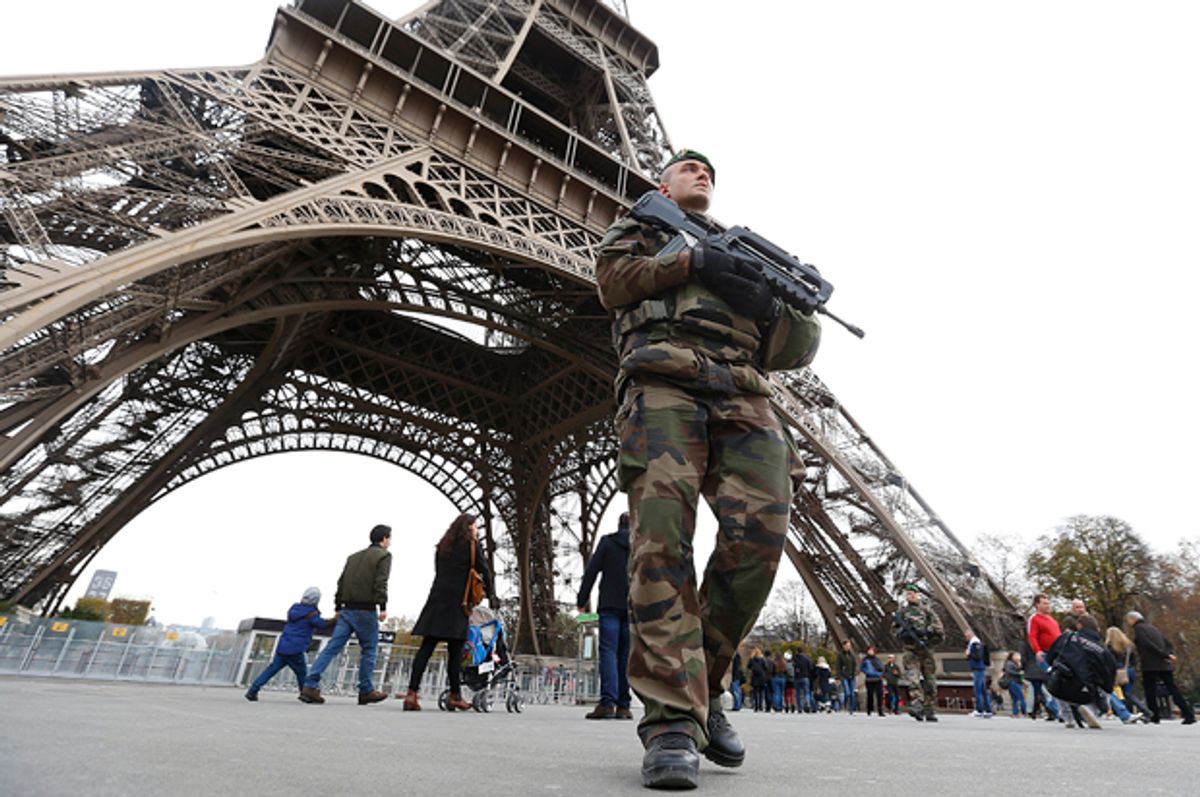 The terrorist attacks in Paris have understandably dominated the global conversation in the past week, but running alongside the torrent of news about those crimes and their aftermath has been a persistent question: What about Beirut?

You may be familiar with the discussion. Some have claimed that the media underplayed the story of the ISIS bombing in Beirut which left dozens of civilians dead just a day before the Paris attacks. Others have dissected the gulf between the worldwide outpouring of sympathy for Paris and the more muted response to the Beirut attack.

"It...seems clear to me that to the world, my people’s deaths in Beirut do not matter as much as my other people’s deaths in Paris," the Lebanese blogger Joey Ayoub wrote, in perhaps the most widely-shared example of these sentiments. "Wedo not get a “safe” button on Facebook. We do not get late night statements from the most powerful men and women alive and millions of online users. We do not change policies which will affect the lives of countless innocent refugees."

In response, many journalists have written posts defending the media's handling of the two stories. Some of these pointed out that the Beirut bombings were covered widely in the press—"I guess it's easier and much more gratifying to denounce the 'Western media'...than it is to actually read and post a news article about the issue you are so outraged the media is allegedly ignoring," the Washington Post's Erin Cunningham wrote on Facebook—while others explained the many factors that go into deciding which story to prioritize. Still others have focused on the fact that, as human beings, we're never going to have space to empathize equally with everything.

There is a great deal of truth in these posts. Journalism can be a brutal business. Most of my professional jobs have involved some level of responsibility for deciding which stories to cover, so I'm all too aware of the deeply imperfect and, sometimes, callous science that goes into choosing where to put your energy and time. A shooting happens, for instance, and you immediately wonder how many people got killed, because gun violence is so commonplace that you have to decide if this one is important enough to focus on. Or you don't think your readers will care about a story, or you think there's not enough drama, or you've done too many stories about that topic in the past couple days, or on and on and on. The people who consume journalism typically don't think about or understand much of this process, and they often have little sympathy if it's explained to them. Any journalist will tell you that this can be intensely frustrating. It's even more so when you're accused of having sat on a story that you covered and nobody paid attention to.

But there is something about the hostility of the response from reporters and editors to the "Beirut vs. Paris" discussion that's strange to me. It is obvious that the attacks in Paris made a bigger impact on the world than the attacks in Beirut—both in terms of the volume and, as Justin Peters notes in this very sharp Slate piece, the tone of the news coverage, as well as in terms of the global response. Journalists may have a thousand logical, understandable and defensible reasons for why that is the case. Nobody should be shamed for the way that they react to such a horrible tragedy, or even for paying more attention to one over the other. We're human beings. That's how we're wired.

Yet when people in Lebanon tell us that it feels like their lives don't matter, shouldn't we at least take that seriously? Is it really such a controversial thing to say that, as far as the world is concerned, the lives of French victims have almost always been given greater weight than the lives of Lebanese victims? To pause for a moment, to treat that viewpoint with respect, doesn't mean that we accept that we're monsters for prioritizing Paris. It means that we're listening. It is entirely possible to say that angry readers are overlooking stories that have been written about Beirut, or that the Paris attacks matter more from a geopolitical perspective, and to also say that having the world mourn collectively for the people of France and not the people of Lebanon is a regrettable thing.

It can only be good if, after such atrocities, we increase our efforts to understand, empathize and connect with each other. There are small signs that this may be happening, just a little bit. One of the chief targets of criticism from the "what about Beirut" contingent was Facebook, which only decided to turn on its Safety Check feature for the Paris attacks. On Tuesday, there was a bombing in Nigeria. This time, Facebook activated its safety features, so that Africans as well as Europeans could tell each other that they were alive. Who can be angry about that outcome?