Bernie Sanders just gave the most powerful speech of his campaign: Why his socialism address was a defining moment 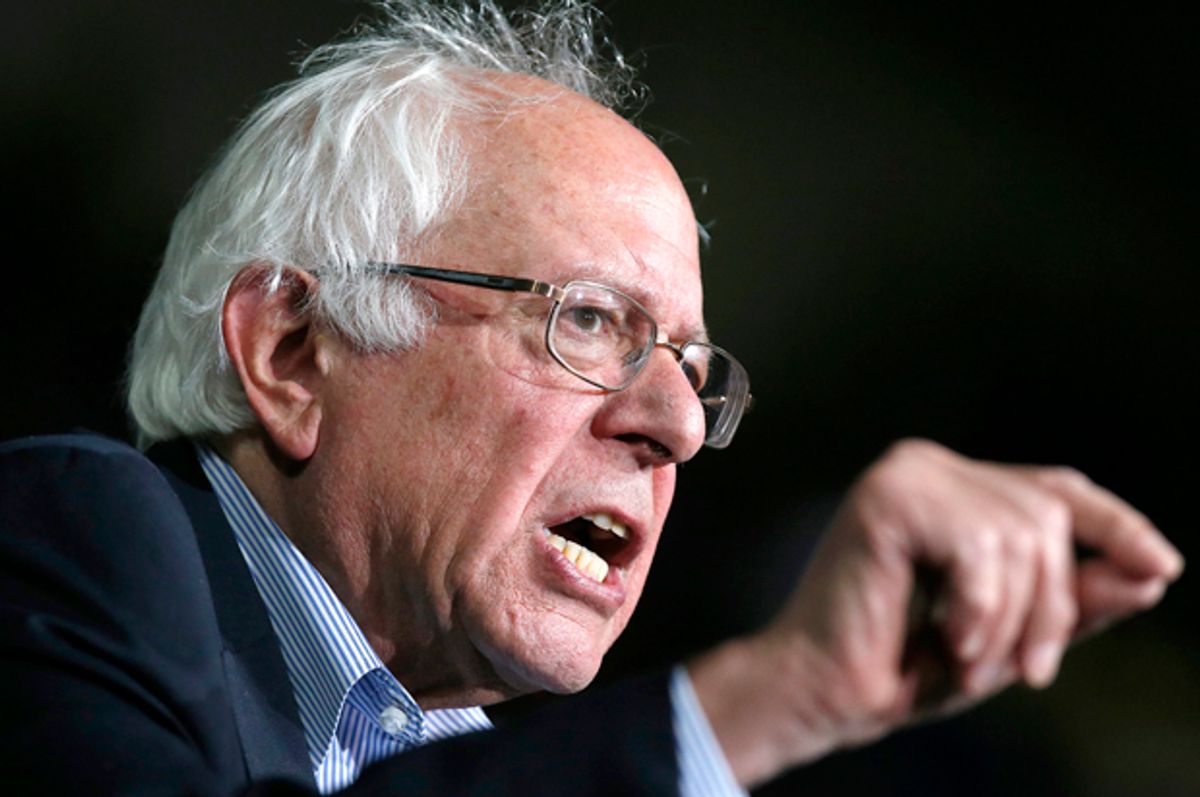 Bernie Sanders gave a remarkable speech yesterday at Georgetown University. It won’t receive the coverage it deserves, because Sanders doesn’t fit neatly into the media’s preferred narratives, but it was significant nevertheless.

The speech was wide-ranging, but the central theme was democratic socialism. This was Sanders’s opportunity to define socialism, to contextualize it in the broader American tradition. His goal was to unpack all the confusion surrounding the term “socialism,” which, thanks to right-wing propaganda, has become a boogeyman, a catch-all term for tyranny.

Wisely drawing on Franklin Delano Roosevelt’s political philosophy, Sanders pointed out that America is already “socialist,” and has been for many years:

Almost everything he [FDR] proposed was called ‘socialist.’ Social Security, which transformed life for the elderly in this country was "socialist." The concept of the "minimum wage" was seen as a radical intrusion into the marketplace and was described as "socialist." Unemployment insurance, abolishing child labor, the 40-hour work week, collective bargaining, strong banking regulations, deposit insurance, and job programs that put millions of people to work were all described, in one way or another, as "socialist." Yet these programs have become the fabric of our nation and the foundation of the middle class.

And of course the Medicare and Medicaid programs President Johnson signed into law in the 1960s are also fundamentally socialistic. Yet they “provide health care to millions of senior citizens and families with children, persons with disabilities and some of the most vulnerable people in this country.” These programs are treasured by liberals and conservatives alike, but somehow they’re never described as what they are: socialism.

What we have now, Sanders tirelessly notes, is socialism for the very rich and the very poor, but pitiless free market capitalism for everyone else. Our economy has been steadily deregulated since the 1980s, when neoliberalism first triumphed under President Reagan. Corporations run the country and write the laws now. Wall Street banks call the shots on Capitol Hill.

This is a powerful indictment of what’s become of our political system. The tax breaks, the corporate welfare programs, the trade policies, the compromises the Democrats have to make on health care – all of this disproportionately benefits the corporate class. It does comparatively little for the poor, for the working class, and for small business owners. Bernie points this out over and over again, and he’s vilified for it, often by the people in whose interest he speaks.

The most interesting – and important – part of the speech was Sanders's argument about the relationship between economic security and freedom, which is key to his democratic socialist vision. Here are his remarks in full:

In that remarkable speech this is what Roosevelt said, and I quote: ‘We have come to a clear realization of the fact that true individual freedom cannot exist without economic security and independence. Necessitous men are not free men.’ In other words, real freedom must include economic security. That was Roosevelt’s vision 70 years ago. It is my vision today. It is a vision that we have not yet achieved. It is time we did…The right to a decent job at decent pay, the right to adequate food, clothing, and time off from work, the right for every business, large and small, to function in an atmosphere free from unfair competition and domination by monopolies. The right of all Americans to have a decent home and decent health care. What Roosevelt was stating in 1944, what Martin Luther King, Jr. stated in similar terms 20 years later and what I believe today, is that true freedom does not occur without economic security.

It’s beyond refreshing to hear a Democratic candidate speak in these terms. Sanders is directly challenging the gospel of libertarianism, which sees blind opportunity as the essence of freedom. Opportunity is not in itself objectionable, but the problem is that there’s no such thing as a level playing field. The game is rigged in America, and everyone on the wrong side knows it.

Opportunity is meaningless if it’s not equal. And freedom is not a condition; it’s an activity – it’s about living and choosing and acting. Without the luxury of options, freedom is a phantasm. Much of the working class lives under the yoke of necessity, which is a form of bondage. Sanders explained it well:

The so-called “socialist” programs liberate the middle class from the basic necessities of life. This isn’t communism – it’s what most of the free, industrialized world looks like. As Sanders said, “I don’t believe the government should own the means of production.” It’s about creating an economy that serves everyone, not just the very wealthy. It’s about creating a government in which influence doesn’t scale with capital. This isn’t radical. What’s radical is our current system, a system disfigured and corrupted by money.

Sanders likes to say he’s calling for a “political revolution,” but that’s not really true. His ambitions are too modest to be called revolutionary. What he’s demanding is a return to the midcentury norm, to the country of FDR and Eisenhower and Johnson, to a country with a thriving middle class and democratic checks on corporate power.

Ultimately, the question isn’t whether we want to be a socialist country – we’ve been a quasi-socialist country for nearly a century. The question is whether we want to be an oligarchy, which is what we’ve become. Call a nation in which “the top one-tenth of 1 percent owns as much as the bottom 90 percent” whatever you want, but it isn’t a democracy. This is all Sanders is arguing, and his speech yesterday laid out his vision in the clearest of terms.

He’ll be marginalized for saying these things. Self-identifying as a “democratic socialist” has made it disturbingly easy to caricature his ideas, and that’s unfortunate. If Sanders’s platform is extreme, it’s because the country has been transformed in the last three decades by capitalist vultures with no vision of or interest in the common good. Sanders represents a counterpoint to this, and everyone invested in the status quo despises him because of it.

Though Sanders may not win this race, but yesterday was a reminder of why his voice is so desperately needed. And even if he doesn't win, he's already made a crucial contribution to the Democratic debate. His ideas are quietly transforming the Democratic Party by setting the terms of the conversation. Clinton is offering her own Wall Street reform package and opposing the TPP deal because with Sanders running forcefully on those issues, she has little other choice. These are positive signs, but the real question is whether Sanders's ideas will persist should he lose the nomination to Clinton.

Sanders has ignited an egalitarian-rooted progressive movement in this country, and to really matter that movement will have to continue after his campaign. His supporters will have to hold Clinton and future Democratic candidates to the ideals that birthed the Sanders campaign in the first place. Otherwise the conversation he started will die with his campaign, and absolutely nothing will change.