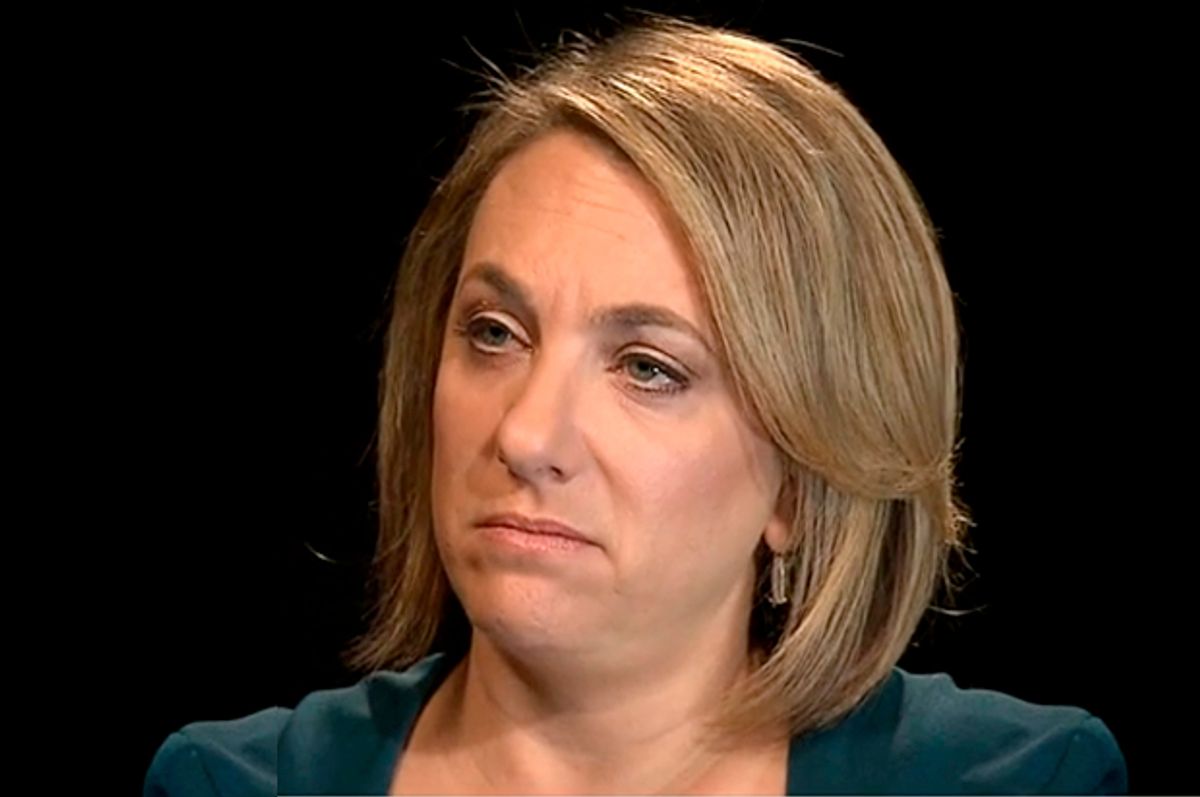 On Thursday, the House of Representatives overwhelmingly passed a bill that would place considerable new restrictions on the program for Syrian refugees trying to enter the United States. In response, CNN reporter Elise Labott lamented the vote in a tweet, which read: "Statue of Liberty bows head in anguish." After the Washington Post raised questions about this, CNN suspended Labott for two weeks, and she apologized for having "editorialized."

Hopefully, when Labott looks back on her life, she'll conclude that taking a public position on the flirtation that America is having with neo-fascism right now was one of her finer moments. For now, though, she's been silenced for the sin of having disagreed with the bipartisan political pandering to hatred on Capitol Hill.

People can debate about whether or not Labott violated CNN protocol. She certainly weighed in on one side of a political controversy. But regardless of whether she broke the rules or not, her suspension shows how stupid and faulty those rules are. For one thing, there's an inherent ridiculousness in only seeing "bias" through a narrow, Democrats-versus-Republicans framework. Presumably if no legislation was going through the House, or if refugees hadn't become a political football, then Labott would have been free to express her viewpoint on the subject. CNN's Don Lemon says so many crazy, extremely opinionated things that he's become a hate figure to many, but since he sticks to things like "black people should pull their pants up" rather than "I disagree with Mitch McConnell on this matter," his career has positively thrived.

More to the point, CNN employees can often get away just fine with having certain opinions -- like, for example, "the United States should be going to war." A CNN reporter once told me that people who opposed the 2011 invasion of Libya should ask themselves if they wanted "all that blood on their hands." Isn't that taking a position on a major issue? What about the CNN anchors who conducted that horribly Islamophobic interview about the Paris attacks? Weren't they taking sides?

The list goes on. Just this past week, Christiane Amanpour—one of the more blatantly hawkish journalists out there—was on CNN tearing into President Obama's response to the Paris attacks (emphasis mine):

He said something that was pretty incredible — according to many of the military experts here and around the world who I've spoken to — that our strategy is working. People do not believe that to be the case. The only strategy that's working is the strategy that he tends to dismiss — and that's the ground troop strategy. Sinjar, Tikrit, Kobani — those are the only ISIS strongholds that have been taken back by a combination of American intelligence and air power, and local ground forces — whether they're Iranian-backed militias in Tikrit; whether they're Kurdish Peshmerga and other Kurdish forces in Sinjar and in Kobani. This is a fact.

Funnily enough, Labott herself also had some thoughts that day. "World looking for POTUS determined to fight #ISIS global reach, not defensiveness," she tweeted. Stern lectures were apparently not forthcoming for that one. Nor was there any outcry in October, when she linked to an article about America's "fading footprint in the Middle East," adding, "Depressing but true." Was all of that fine because Paul Ryan hadn't publicly said the opposite? For CNN, it would seem, "objectivity" means whatever the network wants it to mean at any given moment. Rather than try to figure this out, maybe Labott should just use her time off to go on vacation to a place where they don't have CNN.

In a way, it's appropriate that Labott's suspension happened when it did. We're going through the most acute bout of foreign policy hysteria since the days of 9/11 and the Iraq War, so it makes sense that, just like then, the elite media's policing of the boundaries of acceptable debate is ramping up. Labott is the first journalistic casualty of this environment, but it's quite possible that she won't be the last.