We wanted to find out what it takes to make an alternative institution the new "normal." Carsharing was our project 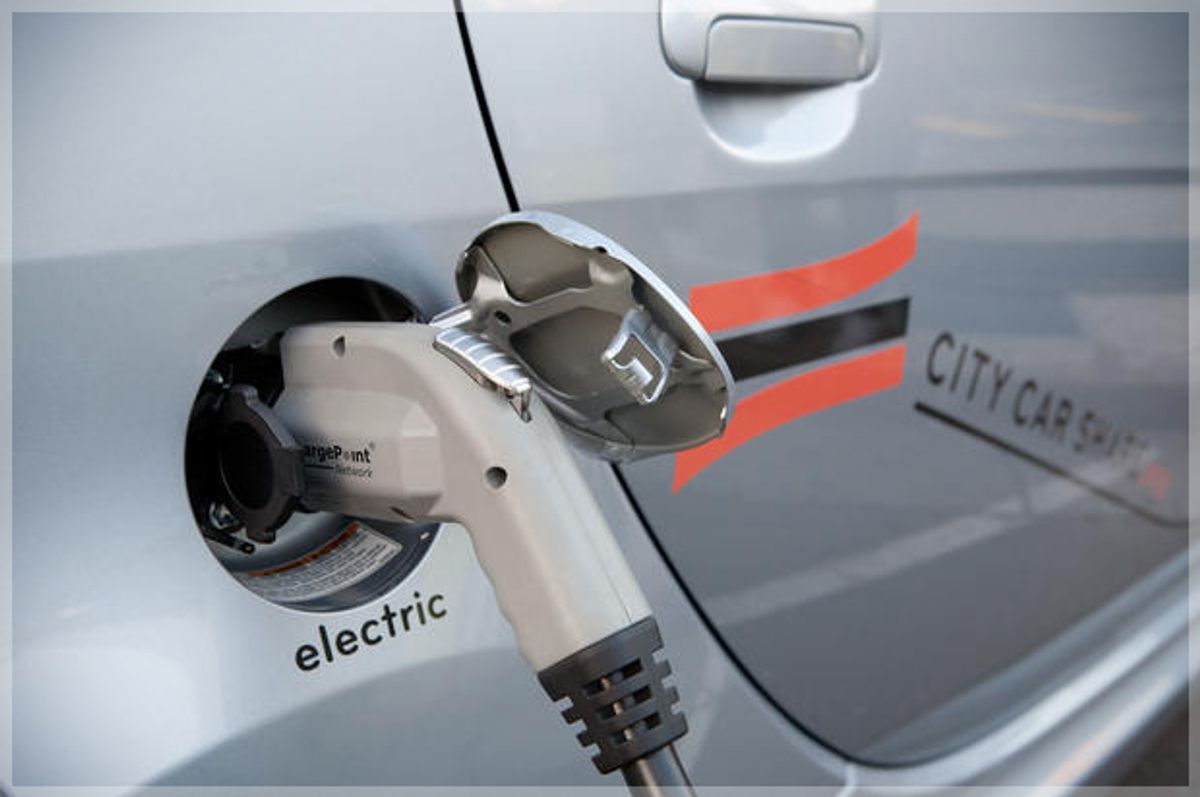 Excerpted from "Democratic by Design: How Carsharing, Co-ops, and Community Land Trusts Are Reinventing America"

In 1997, my friends and I began to organize a carsharing cooperative in San Francisco as a way to test our theories about alternative institutions. We first learned about carsharing from an article published in 1994 in RAIN Magazine. Two brothers in Berlin had started an organization called Stattauto Berlin, which literally translates to “instead of cars.” The general idea is this: A co-op owns a fleet of cars and keeps them all over the city. Members of the co-op can use a car when they want. They pay based on how much they drive. It’s that simple.

In the case of Stattauto, which started in 1988, members made reservations by phone; an employee of the organization took calls and kept track of reservations. Keys were kept in a lockbox at each parking location, and members had the combination. People wrote down in log books how far they drove. There was an hourly fee and a mileage fee—the idea being that the hourly rate roughly covered the capital cost of the car and the mileage rate roughly covered the gas and the wear and tear. Membership in the organization included insurance.

City CarShare operated largely the same way, except that we automated the process of reserving a car, both because we came along a decade later and got to take advantage of new technology and because we thought the high-tech approach would be more appealing to our San Francisco audience.

One way of thinking about the economics of carsharing is that it converts most of the fixed costs of car ownership into variable costs. Under private ownership, the insurance, the purchase price of the car, and, depending on where you live, the parking are all fixed costs, regardless of how much you drive. In a sense, having already committed to those costs, most car owners think the only “real” cost of driving is the gas, so there is no economic incentive to minimize car use. In contrast, when you pay each time you use a car based on how long you use it and how far you go, there is a pricing incentive to be mindful of how much you drive.

The core work of organizing an alternative institution, just like other kinds of political organizing, is talking to a lot of people to find supporters who will help make it happen. We talked to hundreds and hundreds of people, from neighborhood leaders to bicycle groups, from developers to technology firms, from elected officials to more experienced activists. And from these conversations we found supporters, members, funders, volunteers, and— the core of the organization—board members.

We had a wonderful board. It organized itself into committees to deal with operations and technology, fund-raising, marketing, and—once we had staff and money—human resources and finance. Later, we organized committees for each sub-area of the region where we wanted to operate. This leadership model allowed us to distribute the workload and involve large numbers of people while still preserving the overall direction of the project.

People got involved for a wide variety of reasons. Some were committed environmental activists. Some cared about local economic development. Some were motivated by the negative impact of cars on cities. There was little ideological or political unity among us. In fact, we made sure to recruit board members who were connected to both the right and the left of the political establishment. We were confident that our institution would do its job if it succeeded in getting large numbers of people to abandon private car ownership (or at least to reduce the number of cars they owned) and switch to carsharing.

Ultimately we organized City CarShare as a traditional nonprofit, rather than a co-op. This allowed us to go after some important funding sources. And more important, we believed that the nonprofit form provided the greatest likelihood for the organization to stay true to its mission over time.

We had some unexpected early success with fund-raising, and one of us (not me) quit her job to be the full-time director. We leased one car to try out the technology in it. We first signed up five friends, and then fifty, to test the system. We leased five cars, then another five. Once we were up above a hundred “testers,” we launched. The story hit the newspapers, and members poured in faster than we could sign them up. The amount of time from our first efforts at serious organizing to our launch was about three years.

Each location where we kept cars was called a “pod.” We lined up mostly free parking, relying on support from the city government, transit agencies, and businesses. Over time, as the project got bigger, we reached the limits of the free-parking strategy and had to rent spaces, but the contributed space from supporters was crucial to getting started.

Our outreach strategy at first was simply to contact the people we had been signing up for the previous three years and tell them they finally had their chance to join. Only gradually did we start to do “real marketing.”

The technology didn’t work nearly as well as we had hoped. Eventually we got it right, but only after many false starts and spending way too much money. It was an area that none of the organizers knew well—a crucial mistake, in retrospect. Our dream had been to give away our software and hardware for free—to create open-source carsharing technology—but the set of software engineers we finally brought on board to fix all the problems refused to work in open source. We were still able to serve our members and grow the organization, but we did not succeed in starting open-source carsharing technology.

For a long time, we were also not sufficiently staffed to handle the demands on customer service. Staff members took turns being on call for emergencies, carrying around a pager and a laptop. As the organization grew, we did in fact get more efficient, and we were able to add staff, while still serving an ever-growing number of members per staff person. This was simply a function of the fact that our operation required us to be at a minimum size in order to work right, and we had to grow into stability. We got through it by having staff members work seventy-plus hours a week; having board members who served as de facto unpaid staff, putting in huge amounts of time themselves; and having a committed set of early users who were patient with us.

We learned quickly how to identify the right places to expand. Not surprisingly, the key is density: you need enough people within walking distance of the pod to support it. In areas that are too spread out, it’s not convenient for people to walk to the car, and the cars don’t get driven enough to cover their costs.

Meanwhile, there were major operational priorities tied to bringing down costs: getting a better deal on insurance, getting a better deal on the cars, improving the technology so that we could grow without adding too many staff members. Each of these projects is a story in itself, but we eventually managed to make them all happen. We had an incredible staff that was able to solve enough of the key problems to make the project work.

What does it take for an alternative institution to grow so big that it becomes the new “normal”?

First of all, it can’t require broad political agreement to join. Anyone who is willing to participate should be welcomed. If the organizers have chosen their institution well, it will be a positive thing in itself for the institution to grow and thrive, and they can trust that its success will be socially transformative without a political litmus test.

In practice, we relied heavily on some community organizing techniques to connect with people. Environmental organizations provided the base of our membership, because they were willing to communicate with their members and tell them about what we were doing. Neighborhood organizations found the parking spots for us because they saw carsharing as a way to help with on-street parking shortages. Business organizations connected us to firms that joined as business members, which was crucial for generating use of the cars during off-peak weekday hours. And developers ended up putting pods of cars in new buildings as an amenity for residents.

We had a lot of explicit discussion about how the organization should evolve over time. It was clear to everyone that the structure that worked so well initially would not necessarily serve the organization once it was up and running. We knew we had to recruit more experienced board members and a staff leadership capable of running a large organization.

As new leadership took over, there were some funny moments. We had written the employee handbook to say that May Day, the traditional holiday for the workers’ movement, was the only mandatory holiday—but it turns out there are federally mandated holidays with which the new managers had to make the organization comply. One of our original descriptions of the service, “methadone for car addicts,” was also quietly dropped. The new leaders cared a lot about City CarShare, but they did not see themselves as part of a larger movement of alternative institutions; if anything, they saw themselves as part of the alternative transportation movement. I think this says a lot about the difficulty of linking up different alternative institutional projects across subject areas. But we stood by our decision to embrace the whole spectrum of motivations.