Don't torture yourself on Facebook after a break-up: If you can't block or unfriend your ex, at least you can "see less" of your ex 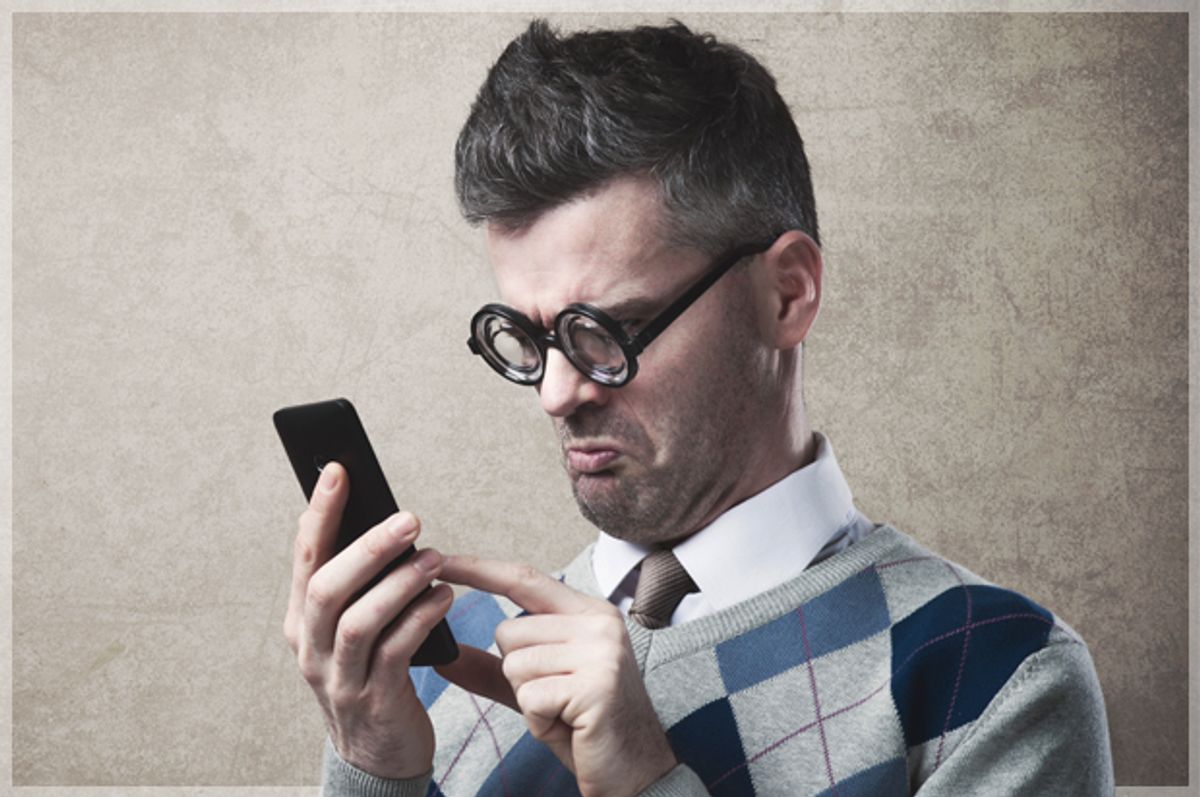 We all know breaking up is hard to do, and it’s become increasingly irksome in the digital age of cyber connectivity. One day you’ll feel okay -- maybe you’ve even ceased thinking about the former flame a hundred times a day (finally!) -- and then it happens. That person you used to love -- maybe you still do -- shows up in your news feed like a run in your tights, and it’s all downhill from there.

At the very least it’s annoying, probably a bit sad. No one wants to see a new picture of an old lover because it catapults you back to the time when you and this person were a “we.” It also encourages us to take a peek at what they’re up to. We think it’ll be harmless to go through their page, and before you know it you’re looking at their posts from last June trying to put together the many shattered pieces of the broken relationship for closure, or something like it.

Facebook understands the struggle, and is making moves to make break ups a little less shattering on social media.

Last week, Facebook began testing out new features that will hide your ex from your feed following a break-up. Up until now, users have had to deal with breakups the old fashioned way — by blocking or unfriending their exes. Both options have always felt a little extreme, suggesting embitterment and resentment, when maybe you just need time off from the person while wounds are licked. While I believe it’s possible to be friends with an ex after a certain amount of time and distance has been established, I’ve learned that’s not always the case. Sometimes the road needs to remain unfollowed.

Facebook’s new features allows different levels of interactions with romantic partners to help ease the transition, and it’s pretty user-friendly. When a user changes their relationship status to “single” a series of prompts will suggest you “See less of [insert name of person who broke your heart]” that will eliminate seeing that person on Facebook without blocking or unfriending them, and they won’t know you did so.

None of the former flame’s posts will appear in your news feed, and their name won’t be suggested when people tag friends in photos or send messages. Additionally, you can limit posts other friends see of the former couple when they were together.

According to Facebook, the new features “improve the experience when the relationship ends,” which is sad to think about because it’s like mourning someone who isn’t dead.

The new breakup features speak volumes about how we engage romantically. Facebook has all but taken over the world by figuring out ways to connect people, and now they’ve had to develop methods to actively disconnect from people. It’s definitely easier to keep someone out of your mind if they’re out of sight from your newsfeed, but some prefer the abrupt cutoff, a clean break to messy relationships.

According to the Pew Research Center, teens take what they deem as necessary steps to “prune” the digital details of failed relationships by unfriending or blocking the person after the breakup. The research suggests that as many as 44% of girls remove exes from social media, for myriad reasons that range from spite to indifference.

“I delete the statuses and stuff,” said one high school student who participated in the study. “I’m just like this is irrelevant now.”

I’m not sure whether to applaud the maturity, or pity the lack of feeling the statement suggests. Of course it’s always better to handle a breakup with grace, but to completely shut someone out so quickly seems emotionally dangerous. It’s okay to feel sad or angry after a breakup, but I think younger users are being socialized to turn off emotions as easily as they do notifications on social media. By suppressing the necessary emoting required to process a breakup and move on, issues are left unresolved and can lead to emotional volatility.

We’ve all been tempted to peek at what an ex is up to, and social media makes it easy to spiral down the rabbit hole of what was and question what could have been. Whether it’s through suddenly freezing the person out of your life entirely, or more delicately limiting the access you have to each other’s lives and social media pages, it’ll always be tempting to look back on the good times with wistful nostalgia.

By limiting this degree of interaction, Facebook is taking steps to help people move forward post-break up. The danger in looking back at a romance as if through a rearview mirror is that relationships may appear closer than they actually were.