"This is a civilizational struggle," the freshman Florida Senator confidently declares 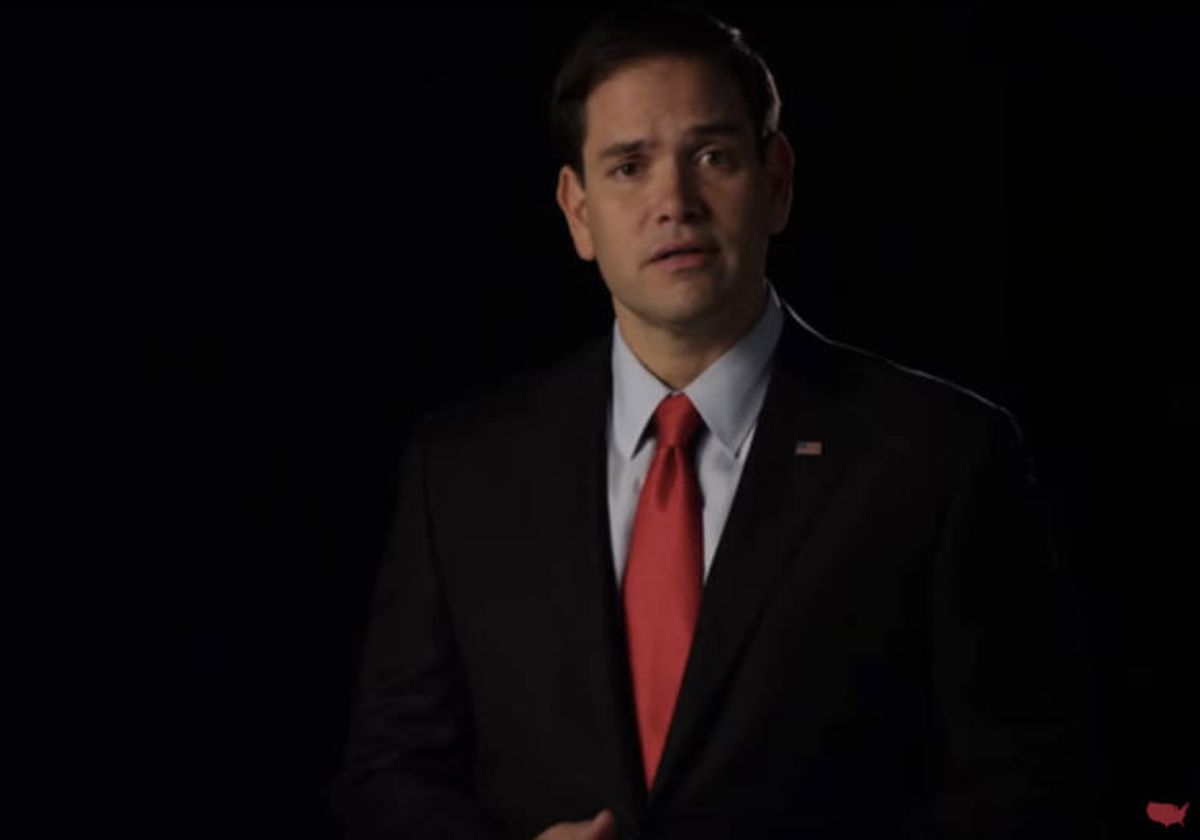 Marco Rubio is out with the first television ad of his campaign and the freshman Florida senator is seizing on the attacks in Paris to sell himself as a tough-on-terror candidate, warning that "what happened in Paris could happen here."

The  30-second commercial, released days before the Thanksgiving holiday, is reportedly running nationwide on cable TV, although Rubio's campaign declined to specify the size of the ad buy to the Washington Post.

“This is a civilizational struggle between the values of freedom and liberty, and radical Islamic terror,” Rubio says in front of an ominous all-black backdrop. "What happened in Paris could happen here. There is no middle ground. These aren’t disgruntled or dis-empowered people. These are radical terrorists who want to kill us, because we let women drive, because we let girls go to school."

"Either they win or we do," Rubio ends the ad with a foreboding warning.

At a Frank Luntz moderated GOP presidential forum in Iowa this weekend, Rubio again used the attacks in Paris to setup the narrative of a "civilizational clash" between the West and jihadists. "Paris occurred and the ISIS attacks are occurring because ISIS has a safe haven in Syria and Iraq and increasingly in Libya from where they are training fighters and coordinating these attacks abroad," he said. "We should not allow these safe havens to exist. They should be targeted now":

But according to a new CBS News poll, although Rubio nearly doubled his support to surge to a second place standing in New Hampshire behind frontrunner Donald Trump, in Iowa, the freshman senator is only seen by 51 percent of GOP primary voters as ready to be commander-in-chief.