7 "unhealthy" foods that are actually anything but

Experts warned us to avoid these edibles at all costs. Turns out they were wrong. 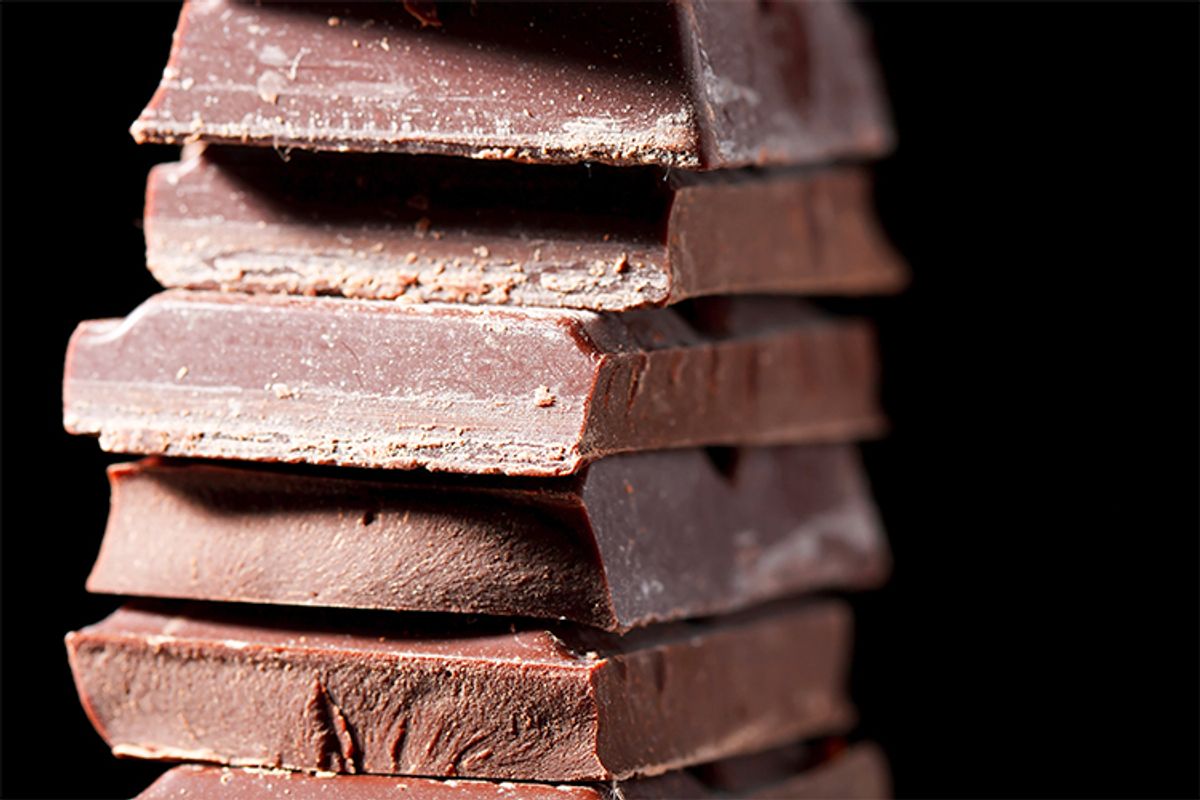 In the future, when we're zipping around the biosphere on our jetpacks and eating our nutritionally complete food pellets, we won't have to worry about what foods will kill us or which will make us live forever.

Until then, we're left to figure out which of the food headlines we should take to heart, and which should be taken with a grain of unrefined, mineral-rich sea salt. Low-fat or high-fat? High-protein or vegan? If you don't trust what your body tells you, remember that food science is ever evolving. Case in point: The seven foods below are ancient. But they've gone from being considered healthy (long ago) to unhealthy (within the last generation or two) to healthy again, even essential.

Old wisdom: Coconut oil is a saturated-fat body bomb that should be avoided.

New wisdom: Coconut oil can cure what ails you.

Talk about an about-face. Anyone who grew up eating such nutritious fare as SpaghettiOs, Nestle Quik and Bisquick—actually, anyone old enough to vote in the United States—probably doesn't remember a jar of coconut oil in the cupboard, or anywhere in the family diet.

Why? Coconut oil was stigmatized after flawed studies decades ago tested partially hydrogenated coconut oil for its ill effects. Now, of course, we know that the chemical process of hydrogenation is what does a body ill. That's true whether the oil consumed is coconut, corn, canola, soy or any other.

It turns out that unrefined coconut oil offers terrific health benefits. Yes, it is a saturated fat. But the scientific consensus on whether saturated fats are bad for us is changing. Now researchers are stressing that saturated fats like coconut oil actually lower bad cholesterol in our bodies. Studies of people in countries that consume high amounts of coconut oil have found fewer instances of heart disease than in nations, such as the United States, where coconut oil has not been a staple. Coconut oil is rich in lauric acid, which is known for its antiviral, antibacterial, anti-inflammatory, anti-microbial properties. Coconut oil, the new wisdom says, is good for our bodies inside and out. Studies and anecdotal evidence across the blogosphere tout coconut oil as a wondrous beauty aid, which can and should be used as a moisturizer to reduce lines and wrinkles, a moisturizer for dry hair, a soap and mouthwash.

New Wisdom: Coffee is loaded with antioxidants and other nutrients that improve your health. Plus, a little caffeine makes the world go round.

Why? Actually, most of the world never bought into the whole caffeine/coffee scare that made so many Americans start to swear off coffee, or heaven help us, switch to decaf. But these days, the U.S., chock full of Starbucks, has come around. Several prominent studies conducted over the last few years unearthed a bounty of benefits in the average cup of joe. As everyone knows, caffeine boosts energy. Based on controlled human trials, it has also been proven to fire up the neurons and make you sharper, with improved memory, reaction time, mood, vigilance and general cognitive function. It can also boost your metabolism, lower your risk of Type II diabetes, protect you from Alzheimer's disease and dementia, and lower the risk of Parkinson's. Whew.

A study at Harvard University found that despite recommendations from the American Academy of Pediatrics that children drink skim or low-fat milk after age two, doing so did not make for leaner or healthier children. In fact, the study found the opposite. Kids who consumed skim milk were likely to be fatter than those who drank it whole. Turns out that skim drinkers were more likely to indulge in junk food, which spiked their blood sugar levels, leading to more cravings for junk. And so on and so on.

New Wisdom: Salt is essential to health. Too little salt can actually lead to premature death.

The new wisdom is actually older than the old wisdom. Long before it became the number-one evildoer in the Department of Agriculture's hit list, worse than fats, sugar and booze, salt was considered so valuable to body and soul that it was literally used as currency. Homer called it a "divine substance." Plato described is as dear to the Gods. The Romans considered it the spice of life; a man in love was salax—in a salted state. Only fairly recently, in that oh-so-wise 20th century, did salt become the bad guy at the dinner table.

It turns out that high-sodium processed "food" is the real villain in our diets. Unrefined salt, such as Himalayan salt or raw sea salts, contain 60 or more valuable trace minerals. It supports thyroid function and a faster metabolism and speeds the elimination of cortisol, the stress hormone that causes weight gain. Did you know salt is also a natural antihistamine (a pinch on the tongue may stem an allergic reaction). Finally, unrefined salt is needed for good digestion.

Chocoholics of the world rejoiced when the food scientists started doing an about-face on chocolate. After a few decades on the vilified list, in 2001, scientists began doing a double take, with the New York Times reporting that the science on chocolate was up in the air. Ten years later, chocolate had moved squarely into the good-for-you column. A 2011 Cambridge University study concluded that chocolate "probably" lowers stroke rates, coronary heart disease and high blood pressure. A more recent study has found that regular chocolate consumers are often thinner than non-chocolate eaters.

No one is advising you to grab a Snickers bar for lunch, though. Eating chemically laden, sugar-bombed milk chocolate is still a no-no…for now, anyway.

New Wisdom: Popcorn is a whole grain, loaded with nutrients.

Like most of the foods on this list, this one has caveats. If you consider popcorn something to douse with "butter-flavored topping" and shovel in your mouth at the multiplex, then keep it on the "bad" list. A study by the Center for Science in the Public Interest has concluded that movie theater popcorn—a medium tub, mind you—has 1,200 calories and 60 grams of the worst kind of saturated fat. And that's before you add whatever it is that is supposed to taste like butter. That calorie count is the equivalent of three McDonald's Quarter Pounders.

Microwave popcorn, laden with chemicals, is also bad. But homemade, air-popped (let's add organic, for good measure) or made with good oil popcorn, well, that's a snack of a different color. Last year, researchers at the University of Scranton revealed that homemade popcorn has more antioxidants—known as polyphenols—than fruits and vegetables. Polyphenols have been shown to reduce the risk of heart disease and cancers.

If that isn't enough to make popcorn addicts rejoice, popcorn is a great source of fiber (it's a whole grain) and is low in calories. Air-popped popcorn is the healthiest of all, with only 30 calories per cup.

How did this one happen? A century ago, when our grandparents gathered their eggs from the backyard hens, there was no controversy. Then cholesterol became the big bugaboo, and all of a sudden, we were being lectured to limit our consumption of eggs to four a week, if any.

Last year, scientists decided to settle the matter once and for all. A meta-analysis of 17 studies on egg consumption and health discovered that eggs did not contribute—at all—to heart disease or stroke in healthy individuals. On the contrary, eggs raise our good (HDL) cholesterol numbers and change the bad (LDL) cholesterol from small and dense to large and benign. Eggs are also high in iron and protein and two antioxidants, lutein and zeaxanthine, which protect against age-related eye disorders like macular degeneration and cataracts.

The key is to eat eggs from free-range, happy and healthy chickens, just like in the old days, and avoid eggs that come from sickly, antibiotic-soaked, factory farm hens.