"Am I gonna check every statistic?": Donald Trump upbraided by Bill O'Reilly for inaccurate, racist tweet

O'Reilly said tweets like that are ammunition for the left "to tell the ill-informed voter that you’re a racist.” 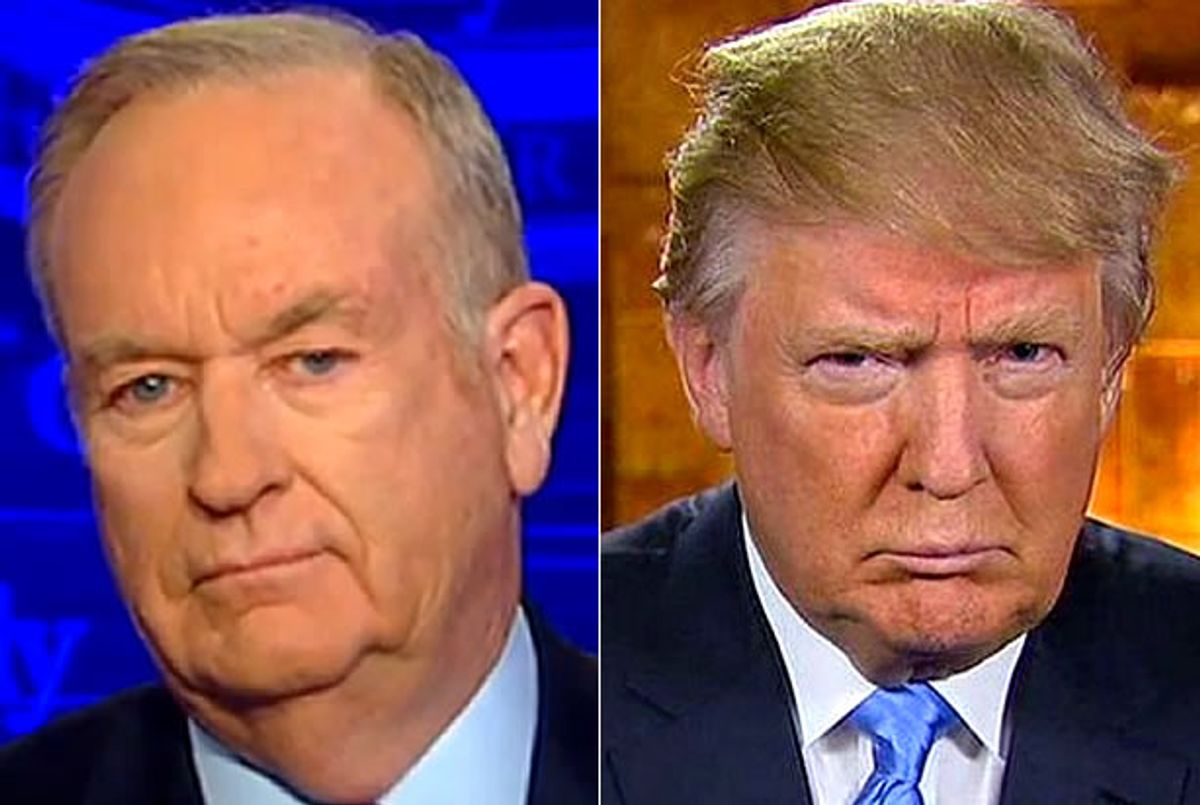 "Are you aware that the left and the Democratic party are trying to paint you as racist?" O'Reilly asked.

"I'm aware," Trump replied, "but people who know me know, I'm probably the least racist person on the Earth."

O'Reilly noted that if that's the case -- which it certainly isn't -- then tweeting an "infographic" that was first popularized by a neo-Nazi and contains statistics cut wholly from a racist cloth probably wasn't the best idea.

Trump insisted that he "didn't tweet it -- I re-tweeted somebody who was supposedly an expert and is also a radio show."

"Yeah, yeah," O'Reilly replied, "but why do you even want to be in that zone?"

"Bill, am I going to check every statistic?" Trump replied. "I've got millions and millions -- "

"You're a presidential contender!" O'Reilly shot back.

"All it was was a re-tweet," Trump said. "It wasn't from me. And it came out of a radio show and other places."

O'Reilly concluded by admonishing Trump, saying "don't do this. Don't put your name on stuff like this, because it makes the other side -- it gives them stuff to tell the ill-informed voter that you're a racist."