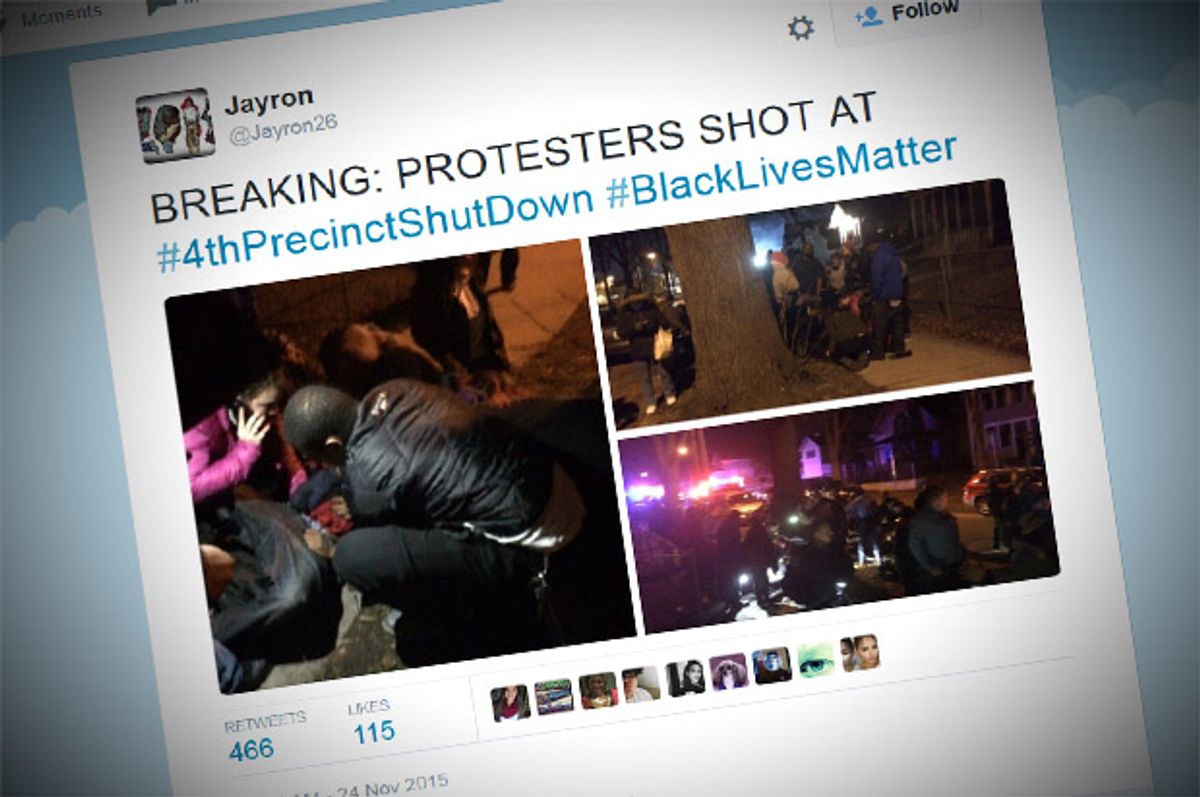 Five people were shot at a Black Lives Matter protest in Minneapolis late Monday night. The Associated Press spoke with Minneapolis police who confirmed the shootings. Police spokesman John Elder told AP all five have injuries that are not life-threatening.

The local newspaper The Star Tribune reported that the five people shot were protesters. Black Lives Matter media contact Miski Noor told The Star Tribune "a group of white supremacists showed up at the protest, as they have done most nights." When the activists tried to get the white supremacists to leave, Noor said the racists "opened fire on about six protesters." Five were allegedly hit.

According to Deputy Police Chief Medaria Arradondo, the victims were taken to a nearby hospital.

The shooters fled the scene of the crime. No arrests had been made as of the early hours of Tuesday morning Eastern time.

For the past week, Black Lives Matter activists have protested the police killing of unarmed black 24-year-old Jamar Clark. Multiple witnesses say Clark was shot by Minneapolis police while he was handcuffed.

The Monday night shootings occurred near an alley approximately a block away from the precinct station, where activists have been protesting.

Local activists say the shooters in the attacks were the same white supremacists who had previously threatened them, but the identities of the shooters have not yet been confirmed by authorities.

The hashtag #4thPrecinctShutDown was trending on social media in the wake of the attacks. Activists who were at the protest have been characterizing the shootings as a white supremacist terrorist attack.