"I thought only Bond villains had big fluffy white cats in their war rooms": Twitter cracks up over Krugman's Situation Room cat photo 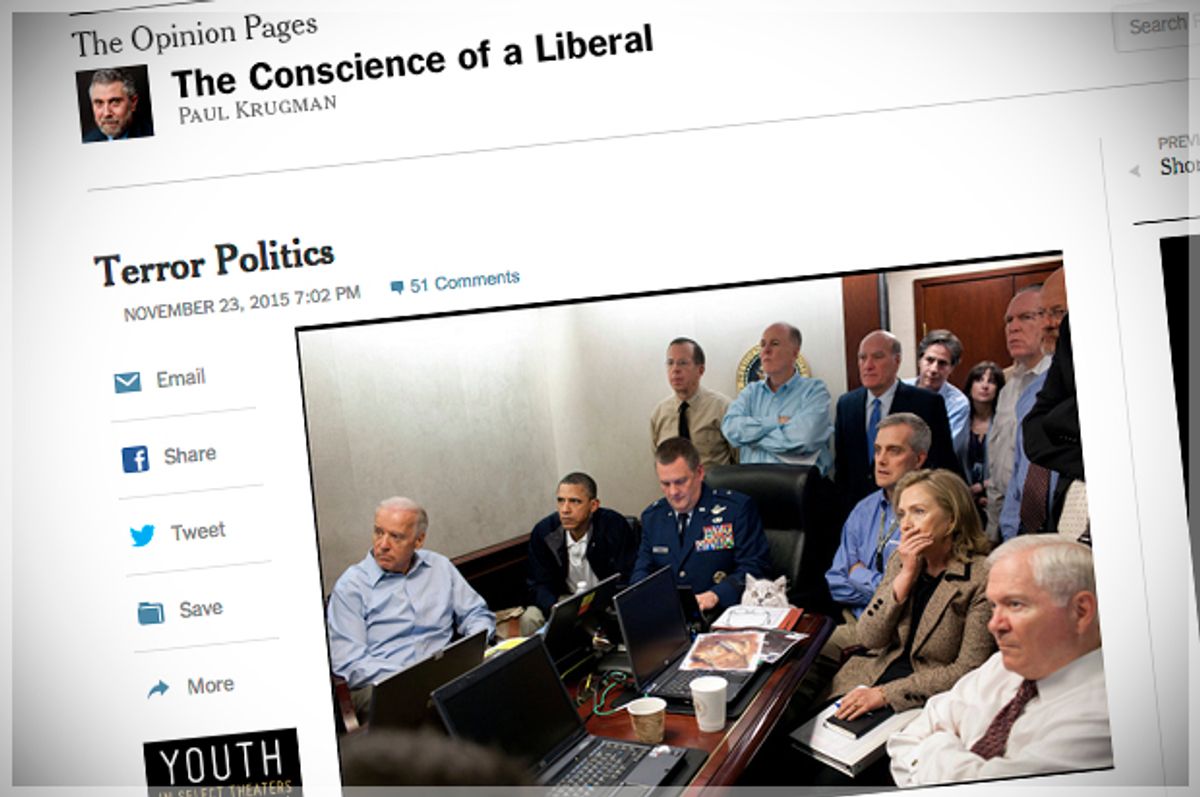 Cats have increasingly become an integral tactic in the War on Terror, as indicated by this past weekend’s social media blackout in Brussels — so much so that New York Times columnist Paul Krugman didn’t even think twice about slapping this cover photo of Obama’s cabinet in the Situation Room on his latest, "Terror Politics":

Responding to #catgate, Krugman credited the Slate source-article "Cats of War" with the update, "Yes, I know there's a cat in the picture."

Credits aside, some remain skeptical:

Though we'll never know Krugman's true intention, his misguided choice of cover photo will no doubt keep great company in the pantheon of unexplainable cat blunders: