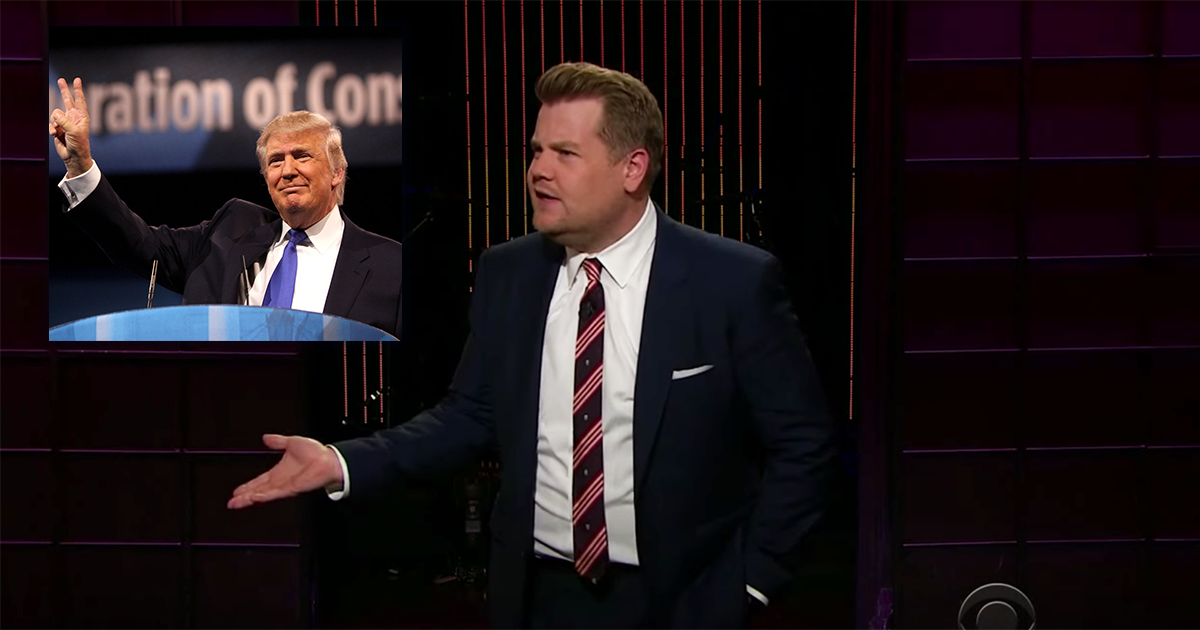 "Late Late Show" host James Corden poked some fun at Donald Trump on Tuesday night because the Republican presidential hopeful is daring Time magazine to name him Person of the Year. Trump is the person Trump has been waiting for.

Corden quoted Trump when he said that he assumed Time couldn't name him Person of the Year even if Trump deserves it, they just couldn't do it. "And that is also the thought process you should have when you're thinking of voting for Donald Trump for president. 'I can't do it. Even if he deserves it. I can't do it.'"

"Trump is talking about this the way a high school girl talks about running for prom queen," Corden joked. "He's like: 'I like don't even care because there's no way I'm going to win. I mean, I assume they're considering me, but like it doesn't even matter, honestly, Kelsey, the whole thing is stupid. But let's keep talking about it a lot,'" Corden said in a Valley girl accent.

Corden went on to say that he thought trump was getting a little too over-confident, "because he hasn't even gotten the Republican nomination yet and he's already made an attack ad on Hillary Clinton, who he's not even running against." Corden rolled the video of the laughing Clinton spliced together with burning buildings and a news anchor's voice saying that she didn't know why it was funny. "He's just putting fire over her face. You can make anyone seem like a bad person if you super-impose their face over burning stuff." And that's exactly what they did...