Must-see: When the would-be emperor has no clothes, sometimes you just point and laugh 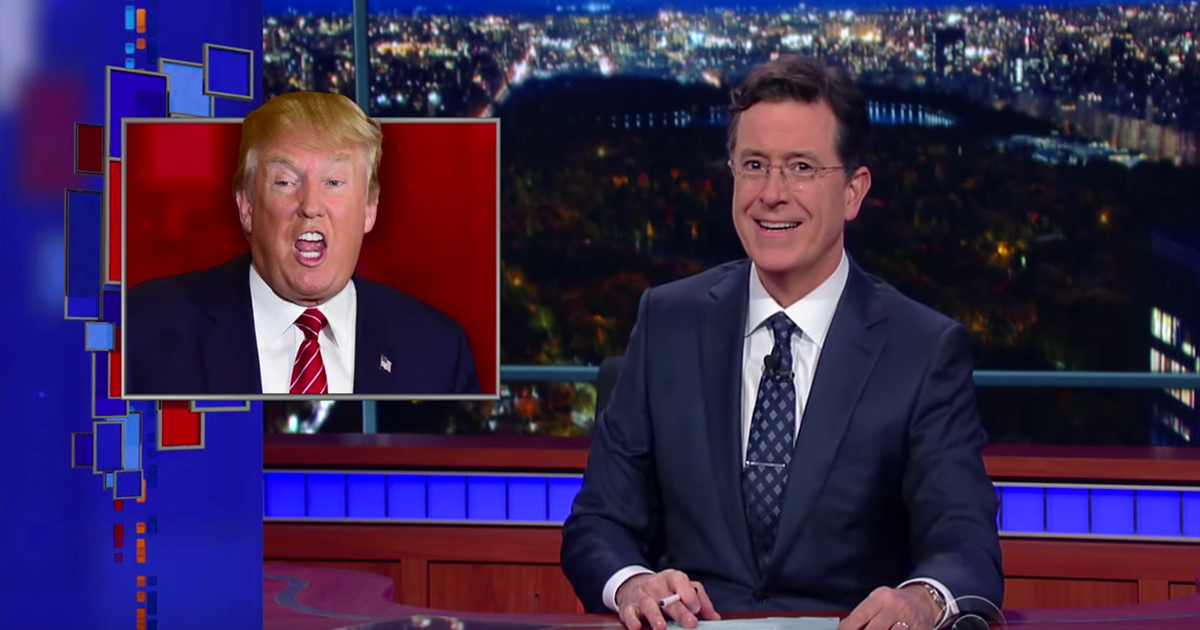 "He can't remember where he saw the video, but he has the world's greatest memory," Stephen Colbert said with a smirk on Tuesday night's "Late Show" on Donald Trump's weekend of lies. The host made sure to "give thanks" for Trump, even blowing a kiss.

"Trump doesn't just have a perfect memory of the past, when it comes to the terror threats facing our country, he can also see into the future!" Colbert said before playing a clip of a speech Trump gave about a book he wrote in 2000 where he mentioned Osama bin Laden. "Yes! Trump predicted that Osama bin Laden was threatening America alllllll the way back in the year 2000. The same year Bin Laden was linked to the bombing of the USS Cole and only two years after Bin Laden was indicted for the embassy bombing in Tanzania and Kenya and only seven years after Bin Laden was implicated in the 1993 World Trade Center bombing! That's spooky! It's like Trump has some kind of Fifth Sense that lets him see what's in newspapers and on TVs."

Colbert said "NostraDonald" isn't the only one who can predict the predictable. It turns out Colbert can be just as telepathetic as The Donald. The host pulled a red candle from below his desk and proceeded to predict an iPhone 7 and a 7s. He also predicted that a frozen yogurt shop will open in your neighborhood and close within the next year.

"Crowds will be easy to pander to, especially here in New York City, the greatest city in the world," Colbert said, showing how it is done. It's staggering. However does he do it?

Check out the hilarious video: