We've been lied to our whole lives: 9 Thanksgiving myths you were taught -- and the actual history

The truth is, most of the traditional story isn't true. Get ready, because I'm about to blow your mind... 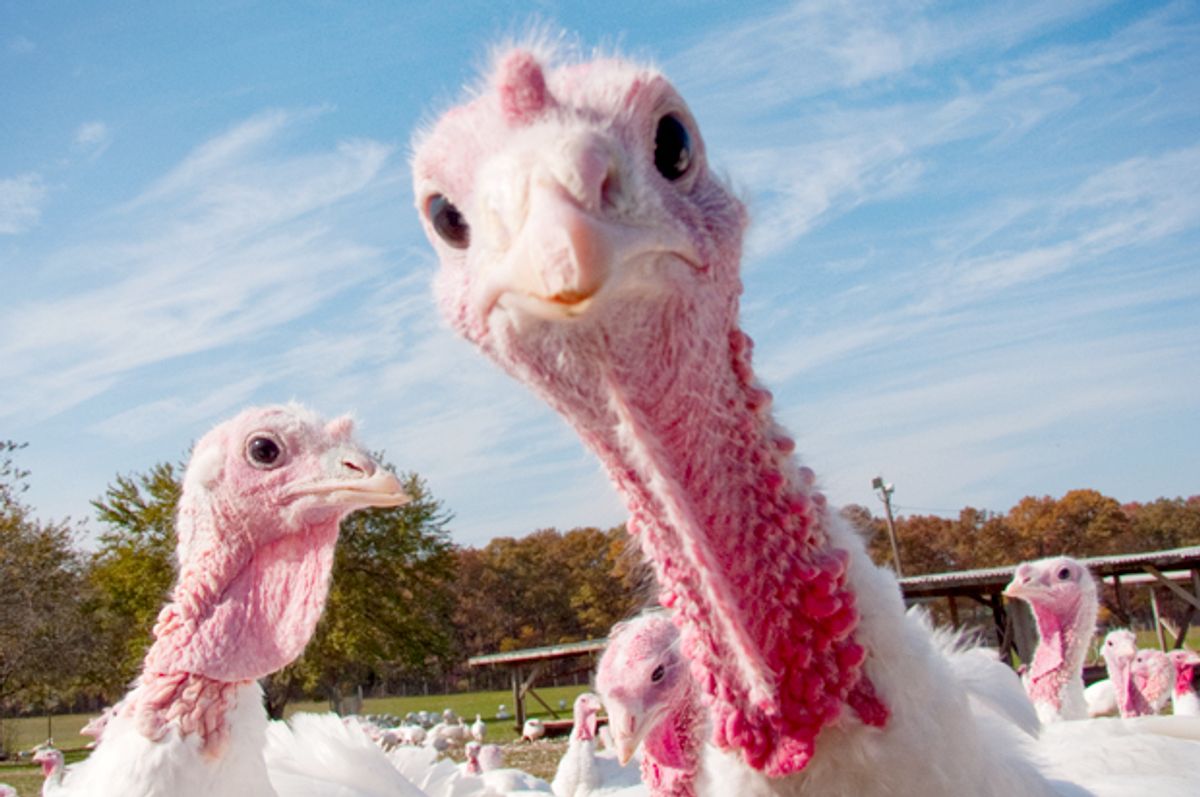 This time of year, kids always come home with little turkeys in the shape of their hands made with construction paper and tails made of paper feathers. They're taught that Thanksgiving was a special time of year when the Pilgrim/Puritans of the Plymouth colony had lost nearly half of their fellow settlers because the winter was so harsh. More would have died if it wasn't for the help of Native Americans. They worked all through the year to grow more and more food and decided to celebrate their fall harvest by giving thanks to God and their buddies the Native Americans.

The truth is, most of this story isn't actually true. Get ready, because I'm about to blow your mind about what really happened.

Myth 1. The first Thanksgiving happened in Plymouth, Massachusetts with Pilgrims.

False. The first Thanksgiving was actually more of a harvest festival which was a historic custom they brought over from England. The cultural tradition was generally a three-day extravaganza and never included Black Friday.

Myth 2. Pilgrims invited the Native Americans over to dinner as a thanks.

Nope. There are two mentions of "Thanksgiving" in documents from the time. Edward Winslow wrote a letter in December 1621 and William Bradford wrote a passage in "Of Plymouth Plantation" but those are the only mentions of a so-called Thanksgiving. The wording seems to indicate that the Native Americans just stopped by, probably because they overheard people celebrating for three days straight and making all sorts of noise.

Not exactly. Pumpkin pie and cranberry sauce both require sugar which was a rare delicacy in the 1600s. Potatoes hadn't really become mainstream in the English diet yet. While there could have been some turkey, Native Americans brought game they'd killed, and the Pilgrims shot fowl like geese, ducks and turkey. They also likely supplemented the meal with fish caught in the Chesapeake like lobster and clams. Given that it was the harvest, there was probably a ton of vegetables like squash, carrots and peas, but there was never a giant turkey that was the centerpiece of the meal.

Wrong again. While there were several proclamations over the years, it was President Abraham Lincoln who declared Thanksgiving a national holiday in 1863. Up until then I guess we were too busy chasing Native Americans off of their land to give thanks for their friendship in the early years.

Myth 5. Squanto helped Europeans plant and farm and they honored and appreciated his help.

Squanto was actually kidnapped by English explorer Thomas Hunt when he was a boy and sold into slavery. He spent several years struggling to get back to his home in Cape Cod. He did serve as an interpreter, but once he finally returned to Plymouth in 1619 only to discover that a majority of his Patuxet people and other east coast tribes were decimated by diseases.

No idea where this myth came from but we've been lied to for years. They typically only wore black and white on solemn religious holidays and on Sundays. Not for the harvest festival. There were certainly no buckles.

November is the beginning of winter and we're talking about New England. Chances are they would have been covered in lots of fur to stay warm.

Myth 8. The first Thanksgiving was at the end of November.

Given that this was a harvest festival it likely happened at the end of the harvest, which is from the middle of September to the end of October, not November.

Myth 9. The first Thanksgiving was about giving thanks to God.

Yes, Puritins were super religious people who flead England for religious freedom, but remember, these were the radicals generally known as Separatists. What were their views? Well... they were puritanical, which includes not making religion any kind of celebration or "fun." If this was a religious holiday they would have been praying and in a church.

May you celebrate the true meaning of Thanksgiving, which is pretty much whatever you decide to make of it. In my family that means embracing sloth and gluttony while we praise the God of Sugar.