Sick of seeing Deen hailed as a feminist hero, Stoya spoke out against her former partner and co-star 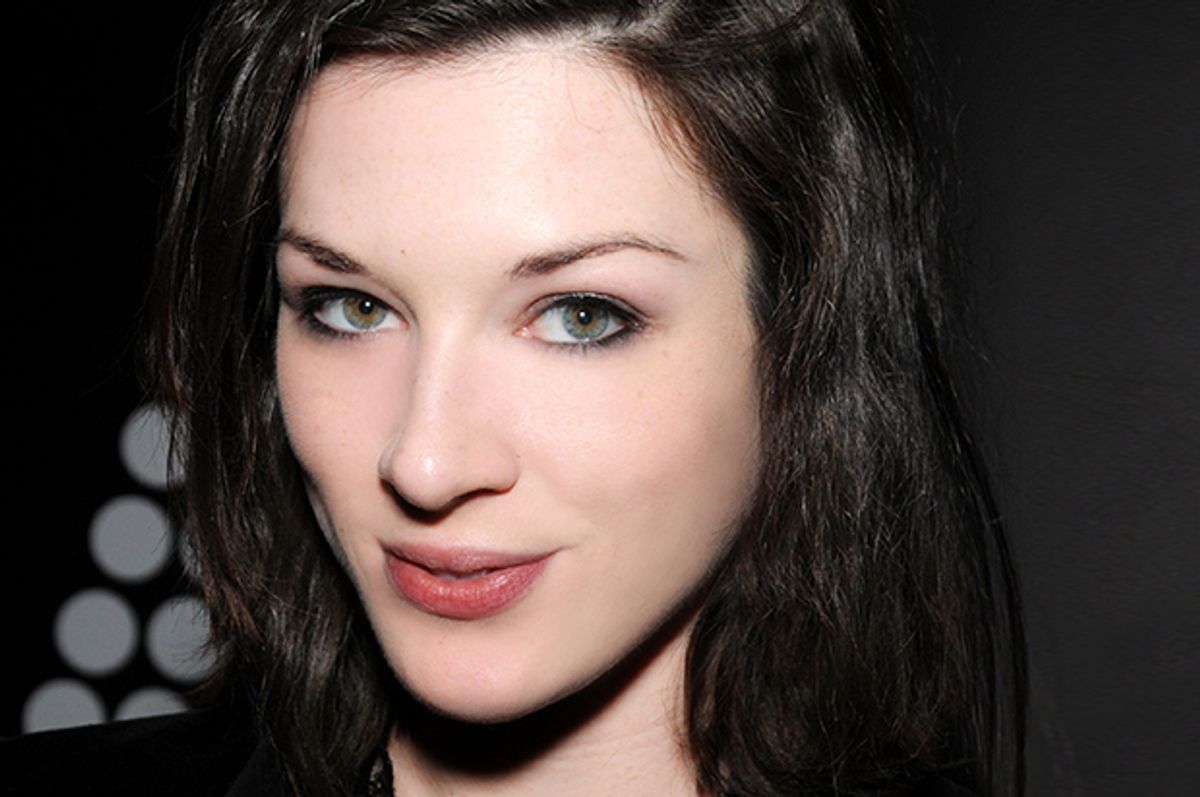 It was an abrupt and unambiguous declaration to her 226,000 Twitter followers — and her countless more fans. On Saturday, adult actress, writer and entrepreneur Stoya announced on Twitter, "That thing where you log in to the internet for a second and see people idolizing the guy who raped you as a feminist. That thing sucks." And then, just to be very clear who she was talking about, she added, "James Deen held me down and f__ked me while I said no, stop, used my safeword. I just can't nod and smile when people bring him up anymore."

It was a shocking allegation, by one of the most powerful and respected women in the adult industry, against one of its most popular male stars -- and a former costar and boyfriend. And the response was immediate. Supporters declared their #solidaritywithstoya, with adult star Joanna Angel saying, "He’s dead on the inside and dead to me. He’s literally the worst person I’ve ever met. That’s all I’ll say for now." And in a Sunday letter on The Frisky, Amelia McDonell-Parry announced "Why The Frisky Will No Longer Be Publishing James Deen’s Sex Advice Column." In it, she explained, "I asked him to do an advice column because I liked his directness and his confidence, but most of all, I liked his emphasis on communication, honesty and, most of all, CONSENT. That he has been accused of violating Stoya’s consent, that women I respect have since contacted me directly to say that they know of others to whom he has done the same thing? Well, I’m f__king heartsick over it. This makes it impossible for me to work with him any further, to give him a forum for giving advice that he is accused of not following himself. No amount of good rapport between us or traffic to his columns would EVER supersede the fact that I BELIEVE WOMEN."

Two years ago, Stoya and Deen appeared to be, as the Village Voice called them, "the Jay-Z and Beyoncé of porn: They don't quite acknowledge their relationship outright, but they drop glittering clues everywhere they go," and described Deen as "one of 10 performers on her list of approved male talent she's willing to have sex with." In a Vice story she wrote that spring, Stoya didn't name Deen but said, "Over the course of our relationship, I’ve had multiple conversations with the man I’m dating now about boundaries and feelings. I call him 'Daddy,' and as you might suspect, there are aspects of power exchange in our relationship. I am his. My body is his, my mouth, vagina, and a__hole are his — and my heart is his. Awareness and involvement are important to both of us…. I always thank him for each orgasm. In a different but very much equal way, he treats me with the same respect. Through trial and error, this is what we’ve decided works for our relationship."

On Sunday, Deen stepped forward on Twitter to say, "There have been some egregious claims made against me on social media… I want to assure my friends, fans and colleagues that these allegations are both false and defamatory…I respect women and I know and respect limits both professionally and privately."

Meanwhile, Stoya — who says she is taking a social media break for work reasons — seems uninterested in pursuing any legal action over what she says happened. But what she has done has been to issue a decisive message that a woman whose Pornhub bio calls her "a pure alternative sex freak who can’t get enough body slamming with chicks and dicks" is entitled to as much respect for her boundaries as anyone else. What she's done, potentially, could change her whole industry for the better, and encourage more performers to come forward with their own experiences. As journalist Laurie Penny puts it perfectly, "No means no. No matter what job you do. No matter if he's your partner. No matter how many times you've said yes."