Ted Cruz is a professional liar: The Planned Parenthood shooting was the work of a "transgendered leftist activist" 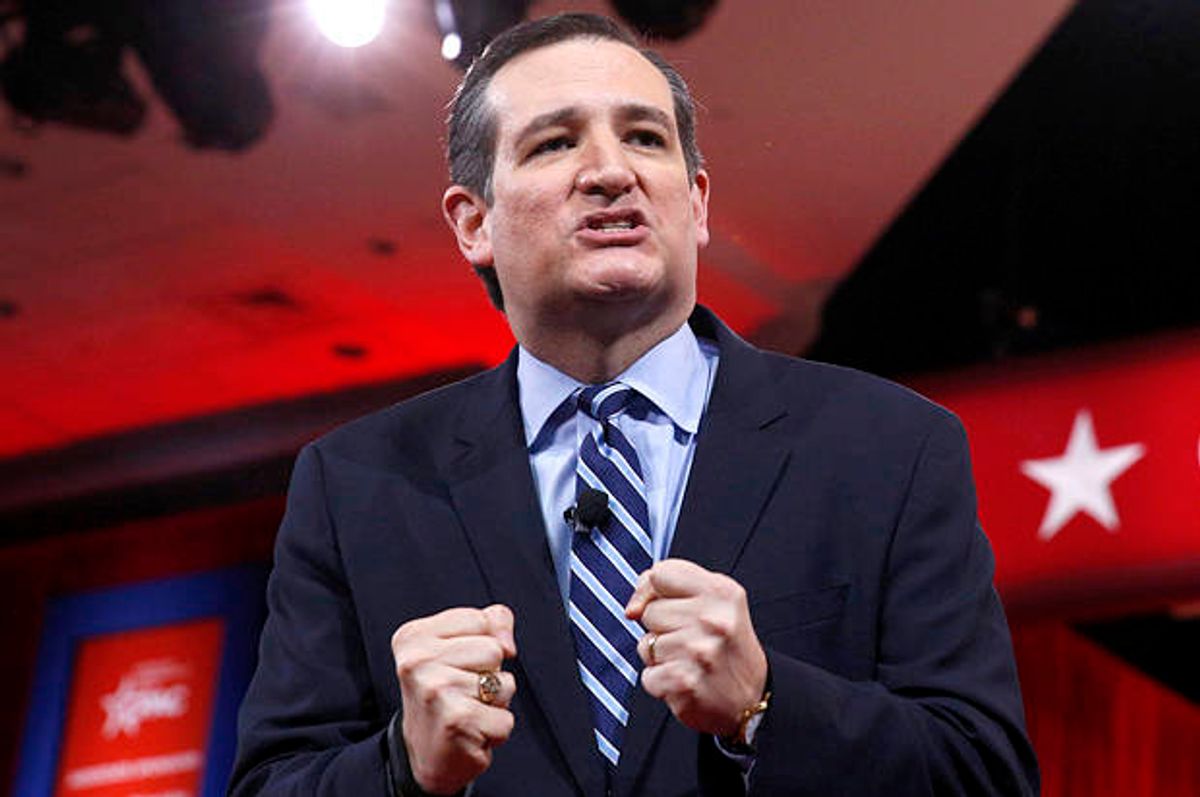 Texas Senator Ted Cruz (R) isn't about to let the facts get in the way of his narrative, so instead of admitting that his party's rhetorical tantrums about hoax videos may have contributed to Robert Louis Dear's decision to shoot up a Planned Parenthood clinic on Friday, he blamed it on what conservatives would consider a most loathsome manticore: a "transgendered leftist activist."

On Sunday, Cruz said that any attempt to link Dear to conservatives' mission to curtail a woman's right to choose is merely "vicious rhetoric on the left blaming those who are pro-life." He claimed that "the media promptly wants to blame [Dear] on the pro-life movement, when at this point there's very little evidence to indicate that." Cruz, you see, is very, very concerned about people who make commonsense accusations based on reports that Dear was mumbling about "baby parts" when he was arrested. Repeating the Republican talking points about Planned Parenthood constitutes, to his mind, "very little evidence."

Solid evidence, for Cruz, comes from the person who has been deemed The Stupidest Man On The Internet, who discovered that Dear was listed as "Female" on a voter registration form, meaning he is obviously, as Cruz identified him, a "transgendered leftist activist."

Cruz made that statement while attempting to take the high road, but he's unfamiliar with such heights and it showed. "It’s also been reported that he was registered as an independent and a woman and transgendered leftist activist, if that’s what he is," he said. "I don’t think it’s fair to blame on the rhetoric on the left. This is a murderer." Apparently, he believed people would walk away from his statement thinking, "It's big of Cruz not to blame leftist rhetoric for a man shooting up a Planned Parenthood clinic" -- which says quite a bit about how intelligent he considers his audience.

Moreover, given that the only evidence Cruz has that Dear was transgender is a single voter registration form in which he identifies both as "Female" and "UAF," which stands for "unaffiliated," it stands to reason that he believes it impossible for a transgender person to be affiliated with the conservative movement in general or the Republican Party in particular. While that may be true, it's also telling about who he assumes can find a home in the conservative coalition.

As ThinkProgress' Zack Ford reported, no one who knew him believed he identified as a woman, and his ex-wife claimed that "he believed wholeheartedly in the Bible," but that doesn't constitute the kind of evidence a professional prevaricator like Cruz would consider worthy of mention. He should be commended, though, for his restraint in not arguing that Dear was simply a bank robber who took shelter in the Planned Parenthood clinic, another conservative canard that made the rounds this weekend.