GOP's 2016 lineup is commendably diverse. Yet conservatives still think they can decide who is a "real" American 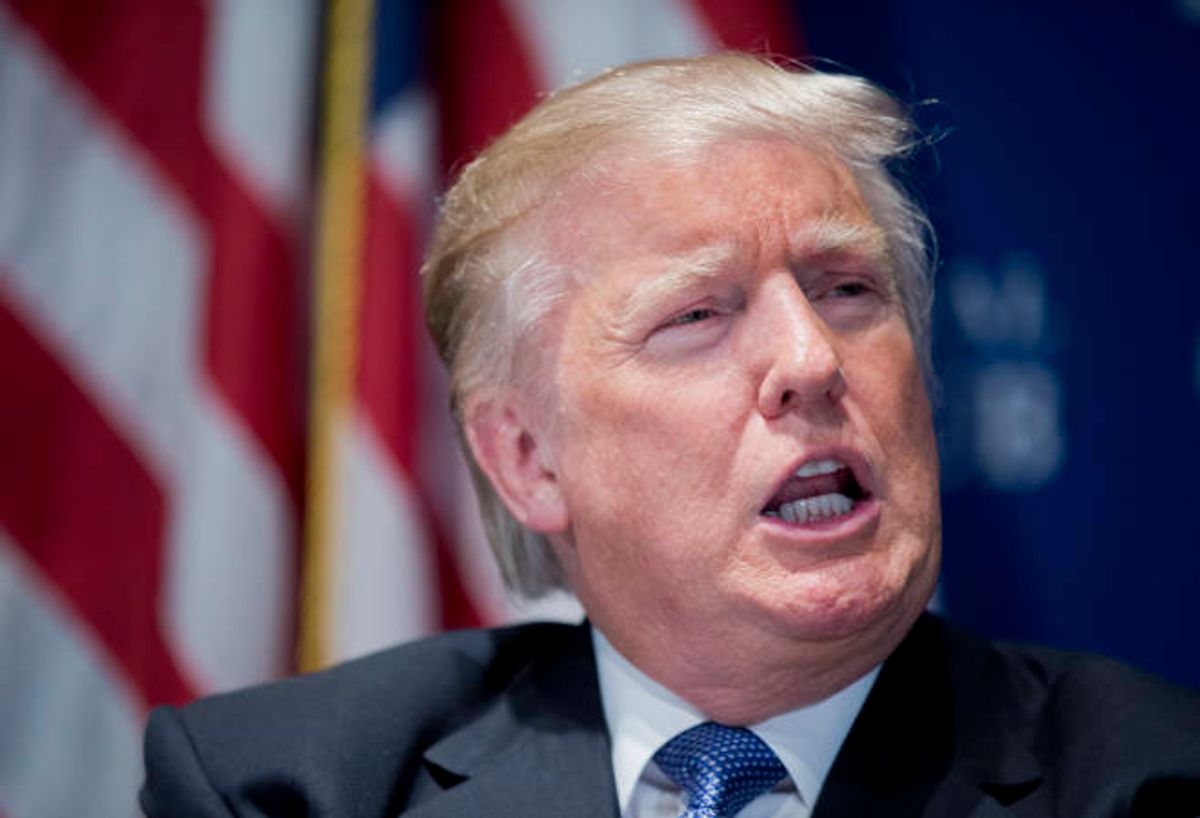 Politics, like history, is replete with funny little ironies and paradoxes; moments when stubborn facts refuse to bend in order to better fit into the established narrative. For example, take the issue of swift and substantial demographic in the U.S. and the awkward position into which it’s locked the increasingly monochromatic Republican Party.

On the one hand, the primary has been the staging ground for Donald Trump, who maintains his number one spot in most national and early-voting state polls and is, without question, the most successful demagogue in U.S. politics since Alabama’s Gov. George Wallace secured his place in American history by using a schoolhouse doorway to take a stand against de-segregation.

On the other hand, and as the Washington Post noted in a Monday report, the candidate list for the GOP’s next presidential nomination is the most diverse the party has ever seen. There’s the African-American and retired neurosurgeon Dr. Ben Carson, of course. But there’s also Cuban-American Sen. Ted Cruz, Cuban-American Sen. Marco Rubio, businesswoman Carly Fiorina, and, before he dropped out, Indian-American Gov. Bobby Jindal.

So, technically, the presidential campaign that is arguably the most illiberal and anti-cosmopolitan in modern American history is being waged by one of the most superficially heterogeneous candidate fields in all of American history. And while the word is often criminally misapplied, this would be the rare situation that is, in fact, rather ironic. (Literally so, even.)

But is this curious reality anything more than that? Is it, as Cruz campaign spokesman Rick Tyler tells WaPo, proof that conservative ideology has transcended the Democrats’ focus on “identity politics,” choosing instead to promote “success”? Is it a sign that the conservative movement cares more about the content of a person’s character than their gender, their faith, or the color of their skin?

Not really. Because if that were true, it would require conservative voters to do more than support (or at least tolerate) candidates who don’t share their genitalia or skin pigmentation. There’s certainly much of that kind of patent bigotry left in the world, don’t get me wrong; but it’s been decades since that kind of talk could be found in the mainstream. No one gets a cookie for that — not in 2015.

If conservatives had really experienced a change in their thinking about identity and belonging, it would be reflected by more than just the diversity of the smiling faces asking voters for their support. We’d see it among their voters, and within their worldview, too. But for the conservative movement today, that is, on both points, decidedly not the case.

Let’s stipulate that the GOP can’t snap its fingers and suddenly draw significant numbers of non-white-guys into its tent. Even if the conservatives running the party were genuinely interested in being more diverse, that’d be a process that took years — probably 10, at the very least — before it bore any fruit. (And, needless to say, that’s a rather large “if.”) So, in the spirit of generosity, we’ll consider that TBD.

In other words, does the conservative movement now willing to promote an understanding of Americanness that’s elastic enough to include not only Ronald Wilson Reagan but also Barack Hussein Obama? Or is membership with the American community, for people like Obama and his most devoted supporters, always provisional? Do they, too, belong? Or are they merely tolerated?

This bit of the WaPo report suggests an answer. And if you’re someone who wants to see the conservative movement treat a non-white-guy identity as something more than a luxury or quirk that is best kept private, it’s not very encouraging. The takeaway is that any Republican looking to reach out to these voters does so at their own risk. Because the traditional identity — the one that for so long never had to identify itself as such — is “a core principle”:

Some party leaders worry that the GOP has painted itself into a tricky spot: The party can’t play the identity card because it would violate a core principle and turn off many of its most loyal voters. Yet identity plays an increasing role in a country in which California and Texas are already majority minority and many other states are moving in that direction.

That’s “a tricky spot,” all right. And it’s one the conservative movement will never escape as long as the party it controls is represented by people like Donald Trump.