Want to know more about the mogul--turned-candidate? Don't look to the History channel for answers 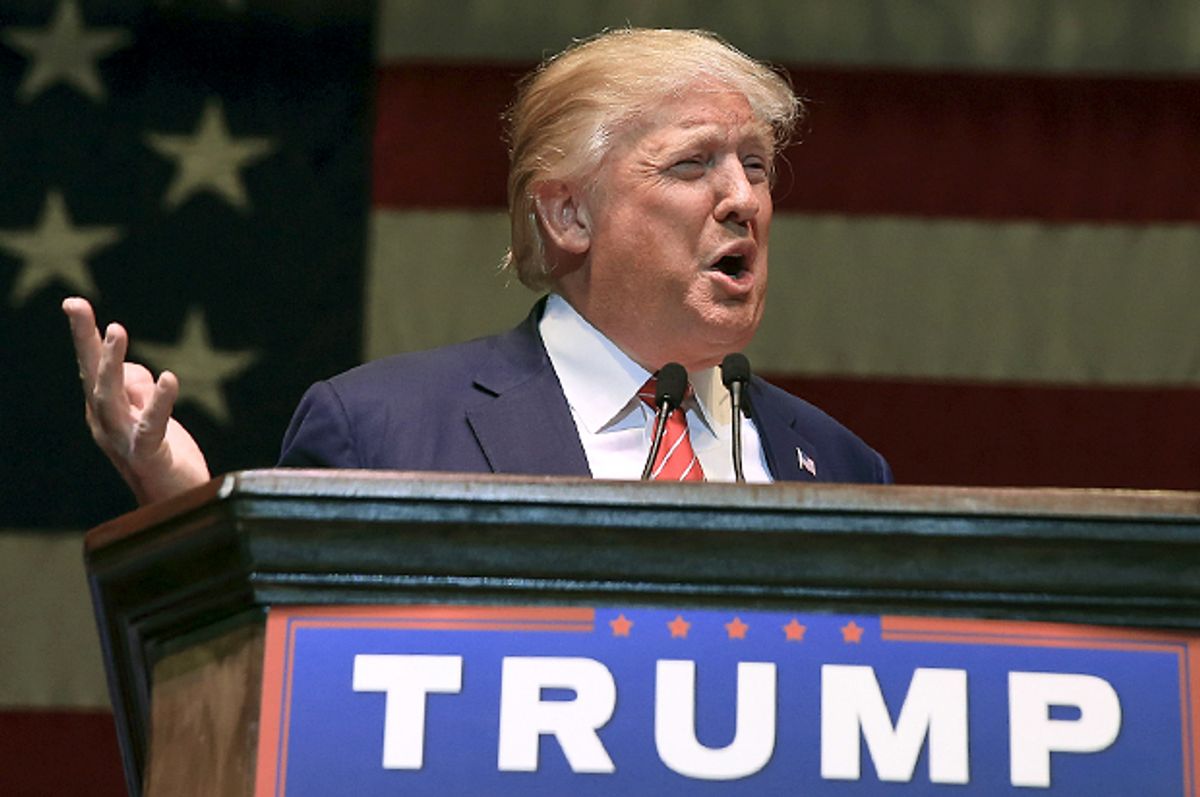 To his supporters, he’s a bold, pragmatic truth teller — a builder who will make America great again. To his detractors, he’s a bully, a fascist throwback, a mean-spirited racist, a narcissist who mocks women for fun. There’s so little middle ground around Donald Trump that the idea of a documentary that tries to look at him from a more-or-less centrist angle, to hold his flaws up against his triumphs, and to get beyond the man’s surface, sounds like an excellent idea. Most important, a smart, analytically serious look at the mogul turned presidential candidate could give us a sense of how the man might run the most powerful country in the world. Since that is, after all, at least a possibility.

The two hours of “The Making of Trump” lead to two possible conclusions: One is that a view of Trump from the center is as impossible as pure objectivity in reporting – that there’s something about the guy that makes it hard to avoid an extreme position. The second conclusion is that History – the channel on which the program airs – simply lacks the intellectual firepower to do this right. Either way, the resulting documentary is glib, shallow, and brings very little new to the table. It may be unfair to expect a channel known for pandering and sensationalism to do a substantial job here. But still, given how much curiosity remains around the film's subject, "The Making of Trump" is a real disappointment.

The documentary hits all the familiar notes in its effort to reveal “the man behind the brand,” beginning with a glimpse of the first 2015 Republican debate, his complaints about political correctness and his shutting down of the once-inevitable Jeb Bush. From here we get a mostly chronological walk through Trump’s career – the million-dollar loan from his wealthy father despite the mythology of Trump as a self-made man, the move into developing properties in Manhattan, the publication of “The Art of the Deal,” the divorces, the leap into Atlantic City, the reality-TV show, the growing political ambitions that overlapped with the birther controversy.

It’s not that “The Making of Trump” leaves out any major part of the man’s record. But it drags out familiar quotes and footage and not much else. (How many time do we see the same not-terribly-revealing sequence of Trump walking decisively.?) The documentary also goes for the cheapest possible tangents. In 1988, for example, Trump paid $11 million for the heavyweight match between Mike Tyson and Michael Spinks, which was set next to his Trump Plaza Hotel in Atlantic City. Presumably this tells us something about the mogul’s ambition and go-for-broke style. But after watching the section of “The Making of Trump,” I’m not quite sure what this part is trying to tell us besides the fact that the doc’s makers were able to briefly get Tyson on camera. The whole section feels like padding.

The series of talking heads weighing in on the meaning of Trump don’t take us very far either. We see buff advertising executive Donny Deutsch singing his friend’s praises, and a few journalists talking about details of this or that deal. But they rarely — with the exception of New York Daily News scribe Linda Stasi and Kurt Andersen, who describes a “mind-boggling need for attention” — tell us something we couldn’t have guessed. Ditto with the over-emphatic narration. (“With his confidence at an all-time high….”) Trump, confident —really?

Thus we have a documentary that matches the low standards of much of the programming on History. So why does this one grate? Partly because it’s important that American voters get a deeper sense of this guy who once looked like a novelty but remains at the very least a player — and maybe more than that — in a pretty important contest. Partly because a program on a ubiquitous figure has to work harder than a show about an event from the distant past or a minor character in Hitler’s entourage. But viewers who's followed the news coverage around The Donald — which has hardly been hard to find — will come out of this knowing little more than they knew going in.

Is it too soon to make historical sense of Donald Trump? Maybe. Is it unpleasant to spend two hours watching him make faces and congratulate himself on his own brilliance? Sure. But it also may be that the crew behind “The Making of Trump” did not try hard enough. Interested parties should pick up the newspaper instead.