It's worse than Fox News: The media is ignoring domestic terrorism -- and has been for years

The Planned Parenthood shootings are horrific, but they're anything but new. Why can't the press connect the dots? 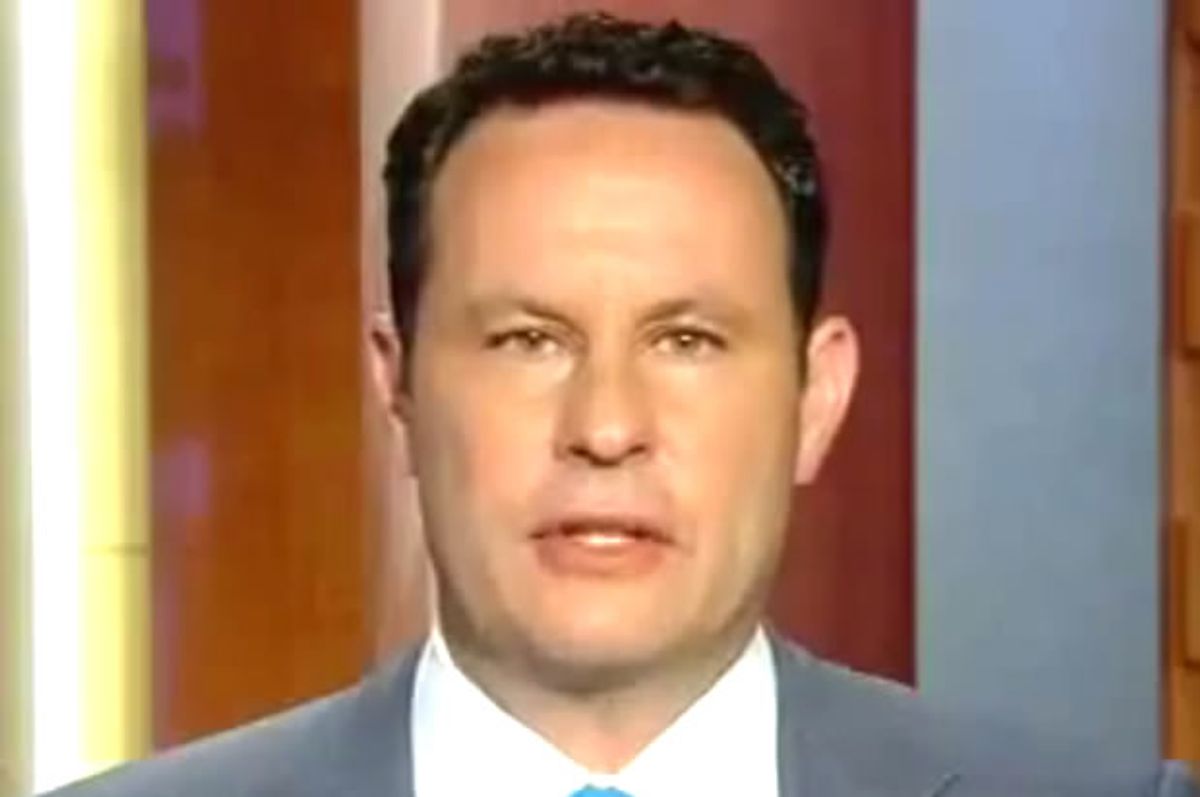 The deadly gun rampage that erupted inside a Planned Parenthood health care facility in Colorado Springs last week capped a disturbing week of political violence and intimidation from the far right:

*November 22: Armed vigilantes who gathered outside a Dallas area mosque announced they were going to publish the home addresses of local Muslim worshipers and label them "Muslim sympathizers."

*November 23: A man was arrested for leaving a phony explosive device at a Falls Church, Virginia mosque. The suspect allegedly also threw two smoke bombs and a Molotov cocktail toward the building.

*November 23: A Black Lives Matter protester was kicked, punched, and choked at a Donald Trump rally.

*November 24: Four men have been arrested in connection with a shooting at a Black Lives Matter protest in Minneapolis. Three of the suspects reportedly were fascinated "with guns, video games, the Confederacy and right-wing militia groups."

If we scan back a few more weeks we see an equally troubling trend:

*November 11: "Two men described by authorities as white supremacists have been charged in Virginia with trying to illegally buy weapons and explosives to use in attacks on synagogues and black churches."

Meanwhile, recent months have seen a plague of terror attacks targeting Planned Parenthood facilities, to the point where the FBI in September warned that "it is likely criminal or suspicious incidents will continue to be directed against reproductive health care providers, their staff and facilities." (The current campaign of terror and harassment is not a new one.)

At that time, there had already been nine criminal or suspicious incidents in seven states and the District of Columbia. In one incident, someone poured gasoline on a New Orleans Planned Parenthood security guard's car and set the vehicle on fire.

According to the FBI, there was another incident in July in Aurora, Colorado, in whichsomeone poured gasoline around the entrance of a Planned Parenthood facility there, causing a fire.

So, in just the last three months we've seen a car set on fire, Molotov cocktails allegedly thrown at a house of worship, terroristic threats leveled against a family, liberal protesters gunned down by radicals, and a medical facility stormed by an anti-abortion/anti-government gunman who killed civilians and a policeman.

What portrait do those events paint in your mind? And is that portrait of radical homegrown violence and terrorism the one you've seen conveyed in the press following the Colorado Springs terror attack?

It's not the one I've been seeing.

Media Matters for years has documented how Fox News in particular has used a blinding double standard in terms of casting wide, cultural and religious aspersions when covering terror attacks involving Muslim attackers, versus how it deals with homegrown political violence from the right. (It was Fox News' Brian Kilmeade who once confidently declared, "Not all Muslims are terrorists, but all terrorists are Muslims.")

But the problem extends beyond Fox News. The larger conservative media echo chamber seems to have convinced the mainstream press that domestic terrorism, often carried out by white American men, somehow doesn't pose the same threat and doesn't need to be treated as a lurking menace the way Islamic terrorism does. (That heightened sense of panic also fanned the right-wing media hysteria about Syrian refugees.)

The simple truth is that from neo-Nazis killers, to a rash of women's health clinic bombings and attacks, as well as assaults on law enforcement from anti-government extremists, acts of right-wing extreme violencecontinue to unfold regularly in the United States.

It's a well-established fact that since September 11, 2001, "nearly twice as many people have been killed by white supremacists, antigovernment fanatics and other non-Muslim extremists than by radical Muslims." Yet those kind of deadly, homegrown attacks are often treated as isolated incidents that are mostly devoid of politics.

There were many telltale signs that differentiated the Planned Parenthood coverage of homegrown terrorism and how the press has covered previous Jihadist attacks.

Thinking back to around-the-clock coverage produced in the wake of the terrorist massacre in Paris this month, it was impossible to miss the differences in tone and content.

There appeared to be very little media hand wringing about why law enforcement has trouble tracking homegrown terrorists, how attackers are able to plan their assaults without detection, if their churches or houses of worship need to be more closely monitored, and whether Christian religious leaders are doing enough to speak out against radicals who may be in their midst.

Note that just hours after the Planned Parenthood gunman gave himself up, CNN dropped its shooting coverage in order to air The Sixties at 10 p.m, while the next day's Wall Street Journal did not include any articles about the deadly assault on its front page. (The shooting was listed among World-Wide news on the front page, but the full article ran inside the paper.)

By contrast, imagine if a Muslim gunman had opened fire at an American shopping center on Black Friday, shot eleven people, and killed three, including a police officer. Do you think CNN would have broken away from programming just hours after the shooter was apprehended in order to air a pop culture documentary? Or that the Wall Street Journal would have played that story on A3 the next day?

Also note that on the broadcast network Sunday morning talk shows two days after the Planned Parenthood attack, eleven current Republican elected officials or presidential candidates were hosted on the programs, compared to just one Democrat. That, despite the fact the Democratic Party has been outspoken in its defense of Planned Parenthood, while the GOP has worked hard to demonize it.

On CBS' Face the Nation, where no Democratic politicians appeared, host John Dickerson asked just two questions about the Planned Parenthood terror attack during the 60-minute program. (By contrast, Dickerson devoted an entire segment to a panel discussion about presidential books.)

Following Colorado Springs, there was also a steady media focus on the shooter's possibly unstable mental state, with the suggestion being that that held the key to understanding the killings. But I don't remember rounds of discussion about the mental state of Islamic terrorists following the Paris massacre. From the media's perspective, religious extremism provided the entire motivation. That's certainly possible, but why the separate standard for American bouts of terror?

We're long past the point where homegrown terrorism should be called what it is, and for the press to connect the dots that join together a large and menacing threat at home.