The media desperately "salivates" at the thought of a conservative mass-killer, Cruz claimed 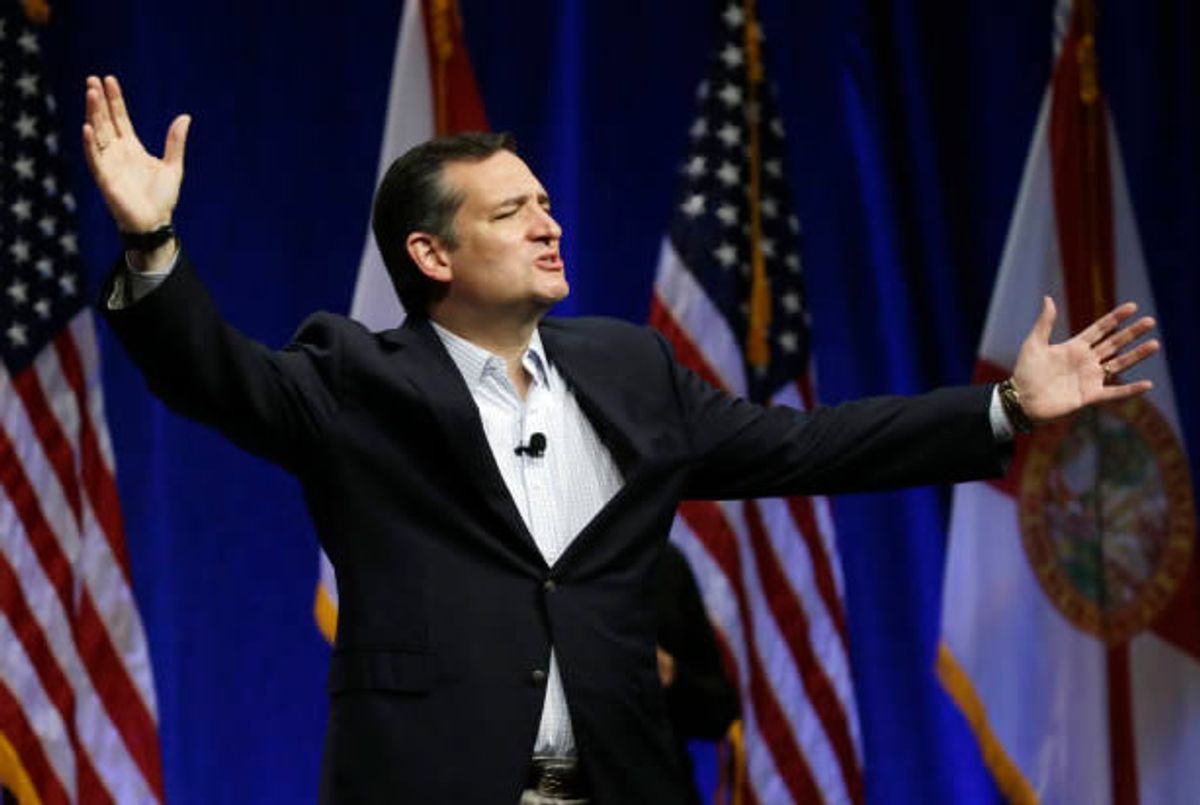 On Monday's episode of "The Hugh Hewitt Show," Texas Senator and GOP presidential hopeful Ted Cruz called in and accused the media of conspiring with the Democratic Party to hide the fact that "the overwhelming majority of violent criminals are Democrats."

That's "the simple and undeniable fact," Cruz said, and "the media doesn't report that. This whole episode has really exposed the ugly underbelly of the media."

"Every time you have some sort of violent crime or mass killing, you can almost see the media salivating," he added, "hoping desperately that the murderer happens to be a Republican, so that they can use it to try and paint their political enemies."

"But you can see in every one of these — every time there's a terrible crime, they're so excited, 'Come on, please, [let] one of these be a Republican so we can try to paint the other side,'" Cruz said. "It is one of the more egregious examples of media bias, and it's something we see over and over and over again."

His statement about who is responsible for violent crime accords with his belief that Robert Louis Dear -- the man who attacked a Planned Parenthood clinic in Colorado last Friday, and reportedly told police that he did so because of "baby parts," a reference to the hoax videos that circulated earlier this year -- is likely a "transgendered leftist activist."

Cruz and Hewitt briefly discussed that attack, with the latter claiming that "I've probably done more than 100 [pro-life rallies] and I have never met, not once, a single pro-life activist who is in favor of violence of any sort."

Listen to the entire interview below via The Hugh Hewitt Show.