Staffers vent to the press. A guest is dropped. That doesn't look good for Trevor Noah 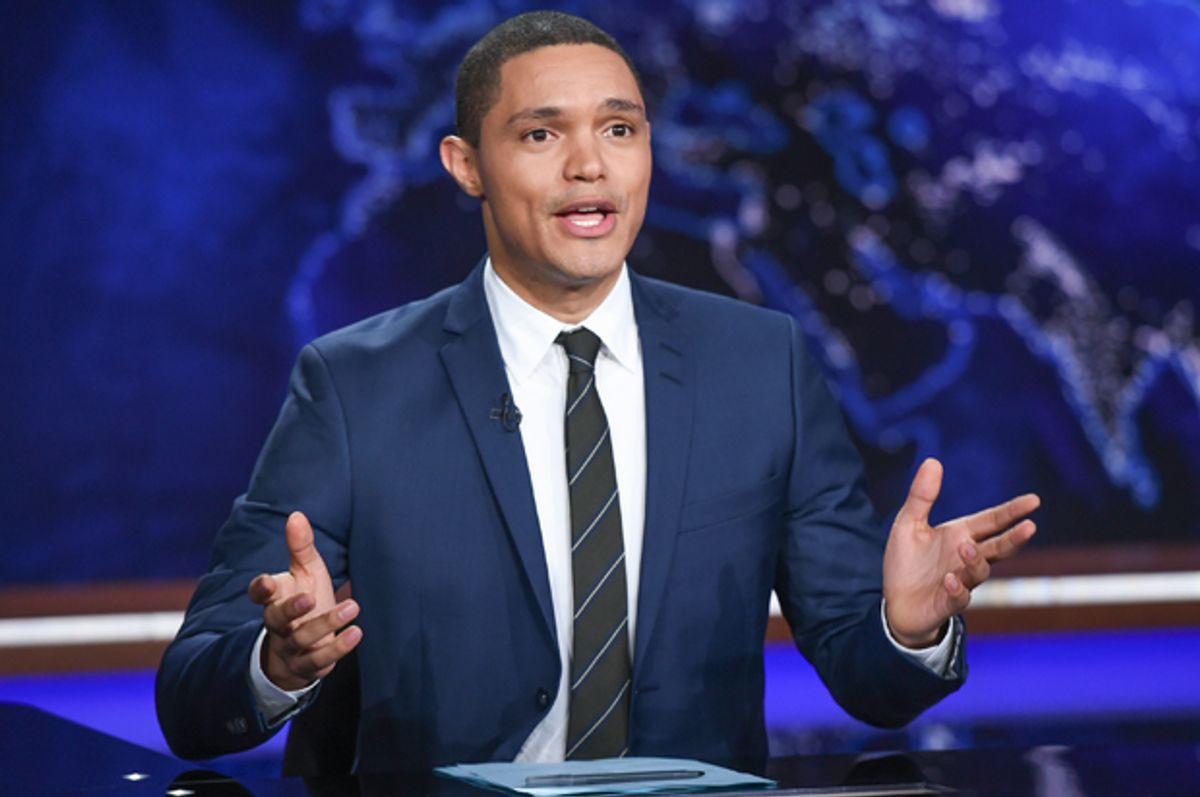 Last night, R&B artist Chris Brown was bumped from a scheduled appearance on “The Daily Show With Trevor Noah,” without any explanation from the show, and replaced with musician and actor Nick Cannon, who currently appears in Spike Lee's "Chi-Raq." Brown’s booking on the show had already stirred up a fair amount of controversy—an unspecified number ("several") of “Daily Show” writers told the Daily Beast earlier this week that Brown’s scheduled appearance had caused “concern” around the office:

"But while many staffers disapprove of the booking decision, host Trevor Noah allegedly hopes to use the interview to bring light to domestic abuse issues. Our sources confirmed that Noah brought up such a possibility during an all-hands meeting on Monday afternoon."

Chris Brown is infamous for violently assaulting his then-girlfriend, the pop singer Rihanna, and then pleading guilty to it in 2009. The graphic evidence of that assault was quickly published by gossip rag TMZ—and was the subject of a tweeted joke by Noah that same year. The inference of the wider critical community is that Noah would whiff the interview, either by making an inappropriate joke or not directly confronting Brown about domestic abuse. That opinion might even be shared by some of the staff, though the Daily Beast article doesn't clarify who the "some" are who "feel Noah might not be well-equipped to conduct a tough interview."

Today, Comedy Central’s press representatives emailed me a statement from the network: “Guest bookings are always subject to change. The show hopes to reschedule Chris for a future appearance.” I could not get a statement on why the lineup change was not announced on-air, or if the change in scheduling was related to the Daily Beast article.

Up until now, the “Daily Show” industrial complex has been united behind Noah, up to and including the tasteless, juvenile jokes that marked the early days of his career (and created enormous kerfuffle when he was appointed Jon Stewart’s successor). Chris Brown’s cancelled appearance marks the first time that the “Daily Show” has revealed possibility of doubt in their anchor since his appointment in March.

It appears that, just two months into his run as “Daily Show” host, Noah may have inspired a minor staff mutiny—one that appears to have influenced a major booking change, complaints from staffers to the press, and a public-relations kerfuffle for the network, as it struggles to hold onto its edginess while maintaining some semblance of transparency. This staff-driven story is an uncommon expression of dissatisfaction on a late-night comedy show—these types of conflicts typically get aired out years later in oral histories, magazine profiles or a platform like Marc Maron’s “WTF” podcast, a la Wyatt Cenac’s interview about his time at “The Daily Show With Jon Stewart.”

Further complicating matters in this issue of interviewing controversial figures is the fact that Noah is not a particularly seasoned interviewer or host—and as he told NPR’s Linda Holmes this week, he did not expect either the scrutiny or the reporting chops required for the hosting position. “I had no clue how big this show was… if I had known, I would not have been so confident signing on.”