The embattled, divisive mayor is trying to survive a police brutality scandal. Here's why he may finally be cooked 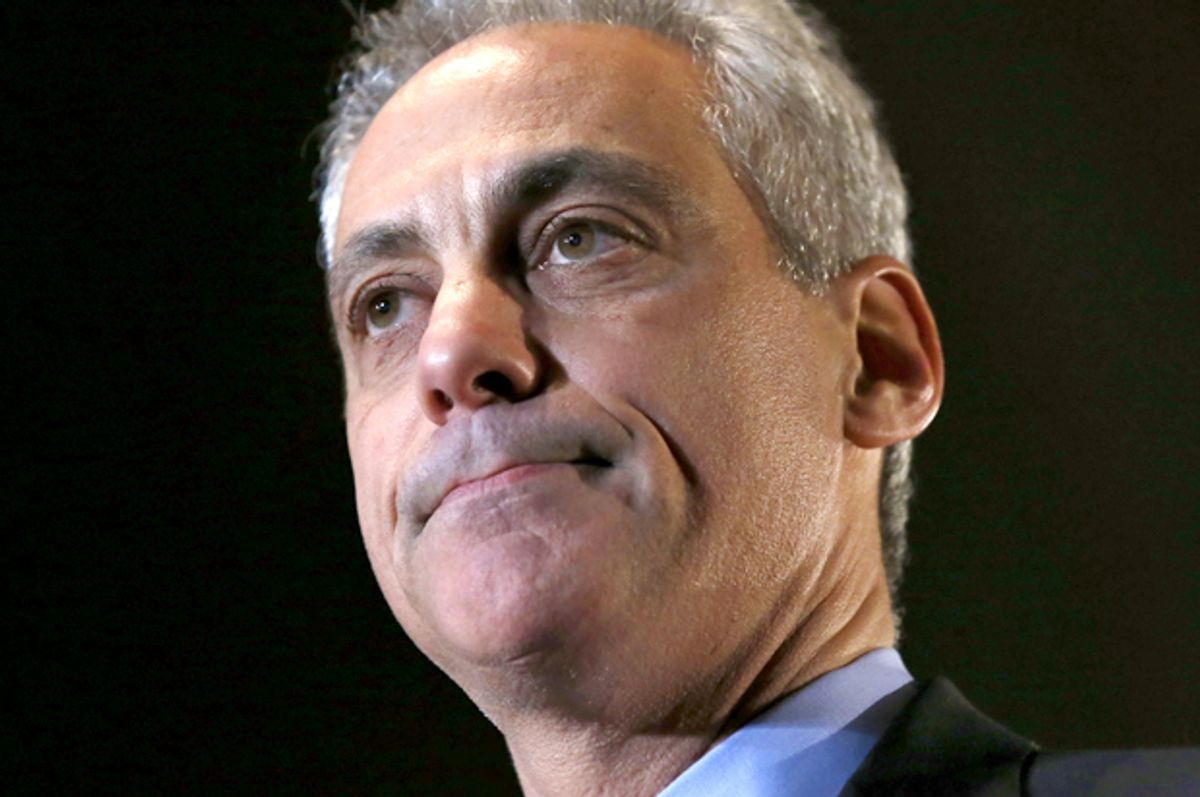 Rahm Emanuel’s time as Chicago’s mayor has not been easy. Yet despite a massive teachers union strike, a devastating increase of violent crime, a torrent of allegations of corruption, and an embarrassingly difficult reelection campaign, he has managed to survive. (Which is something, I suppose, even if getting reelected in Chicago is about as difficult as tying your shoes.)

But now that a long-hidden 2014 video — which shows a Chicago cop riddling the body of a 17-year-old African-American boy with bullets — has been released to the public, Emanuel is facing his greatest challenge yet. And after watching him try to contain the damage on Tuesday, I’m starting to think that the mayor’s luck may be finally running out.

If you’re not already familiar with the video at the center of this political crisis, this Vox explainer is a good place to start. The short version is a story that, in some form another, you’ve probably heard before. It involves a reckless use of deadly force, a disenfranchised victim, and a political system that cares far more about maintaining the status quo than delivering justice.

In October 2014, a Chicago cop, one Jason Van Dyke, killed a young person of color, one Laquan McDonald, for no legitimate reason. McDonald allegedly had a knife on him, but he wasn’t menacing anyone when Van Dyke shot at him more than a dozen times. And he certainly wasn’t a threat when he was prostrate and bleeding while Van Dyke continued to pump him full of bullets. (Of the 16 bullets that struck McDonald, only two were delivered while he was still standing.)

There was dash-cam footage of the killing. But for more than a year, it went unreleased. The only reason the public has seen it at all, in fact, is because a journalist by the name of Brandon Smith filed suit; and because Cook County Judge Franklin Valderrama, agreeing that the people have a right to see the violence done in their name, ordered the city to comply. Otherwise, it’d still remain behind lock-and-key.

Why did the city of Chicago refuse to share the video? Why did Emanuel’s office argue against its release? Why did Cook County Prosecutor Anita Alvarez look the other way when it was discovered that some 86 minutes of surveillance footage from the time and place of McDonald’s killing had mysteriously vanished? Why did these two, along with Chicago Police Superintendent Garry McCarthy, allow Van Dyke to remain on the force (albeit with “limited duty”)?

There are answers to all of these questions, but none of them are good. None of them have to do with any sense of justice or the public interest. The likely motivations are political. And they underscore how Chicago’s political system, like that of countless American cities and towns, prefers not to bring black lives into the equation when deciding how to respond to crimes committed by the police.

As Bernard E. Harcourt, a Columbia professor and former University of Chicago professor of law and political science, wrote in an Op-Ed for the New York Times, it’s not hard to imagine why all of these public servants wanted the McDonald scandal to just go away. For one thing, “the timing” of the killing “was not good.” Remember, it was late-2014. Emanuel had a reelection to worry about, and the last thing he needed was to become a target for the Black Lives Matter movement.

Alvarez and McCarthy’s motivations, Harcourt says, were likely much the same. “Superintendent McCarthy,” he writes, “wanted to keep his job.” While Alvarez, like St. Louis County Prosecuting Attorney Robert McCulloch before her, “needed the good will of the police union for her coming re-election campaign and probably wished to shield the police officers who bring her cases and testify in court.” On Van Dyke’s side was self-interest, in other words. On McDonald’s? Mere justice.

If this were all happening a few years ago, it’s unlikely that the outcry would represent an existential threat to Emanuel’s administration. In fact, it’s quite easy to imagine that McCarthy, in the pre-Black Lives Matter America, would not even have to fall on his sword, as he did on Tuesday. Few people would know the name Laquan McDonald. Van Dyke would still be on Chicago’s streets, wielding lethal force with de facto immunity, rather than facing charges for murder. The city would pay-off McDonald’s family and move on.

But we don’t live in that world anymore, thankfully. And while it’d be premature to claim that this scandal — which the Times editorial board and others are calling tantamount to a “cover-up” —  will doom Emanuel, he’s in far more trouble than the cynics may think. Like nearly all Democrats, Emanuel needs the support of the African-American community in order to win. And like an increasing number of Democrats, he’s finding that he can no longer take that support so blithely for granted.

The people of Chicago, like people all over the country, want elected officials who truly believe that black lives matter. They want to know that their politicians see them as more than vassals, but as real human beings. And in this capacity, as in so many others, Chicago’s mayor has failed. He may be running out of chances to do so again.