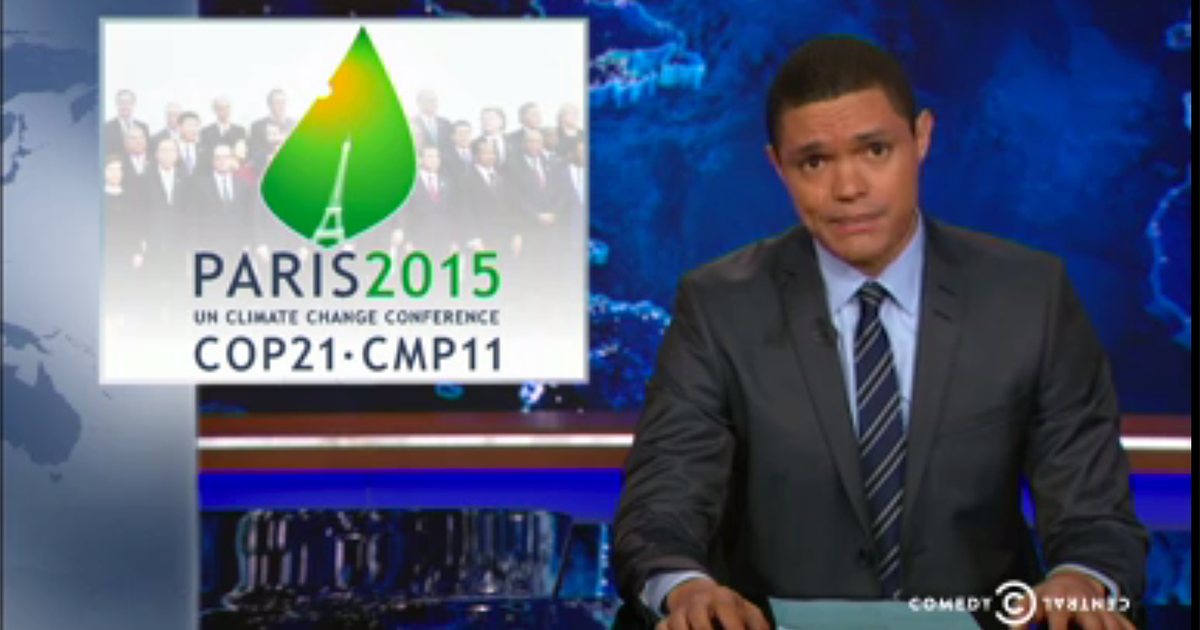 "The planet is dying," Trevor Noah began Tuesday's "Daily Show." And not surprisingly, "Obama has to clean up everything."

It wasn't enough that President Obama had to fix a crippled economy, decrease unemployment and give people health care. Now "save the Earth" is making it to the list as well. This is one job that Noah is disappointed Captain Planet didn't get done. His name is Captain Planet! What the hell else was he supposed to do? "I still can't believe we put the safety of the planet in the hands of a blue guy in red underwear," Noah said.

This week's Conference of the Parties (COP21) in Paris is a collection of 150 world leaders including major polluters like the United States, Europe, Russia and China, as well as 145 other countries who are being screwed over. "Daily Show" correspondent Desi Lydic said that a failure in Paris could bring Nelly's apocalyptic vision "it's getting hot in here" to life.

"Scientists say that 2 degrees is the furthest we can push the planet before it turns on us," Lydic said. "Much like a sorority girl you keep hazing and hazing until she has no choice but to report you to the national chapter."

The hope is that this conference will prove to be more helpful than previous ones like Kyoto where the United States never committed to anything, or Copenhagen where "talks broke down because some countries were being such bitches," Lydic cracked. "But this time could be different with each country setting its own curbs on climate emissions or facing consequences."

Just what are those consequences? Well... there aren't any, actually. But one thing is certain: we're all going to die.

Check out the report below: