After a week of having to distance itself from conservative shooter, Fox News can go on the terror offensive again 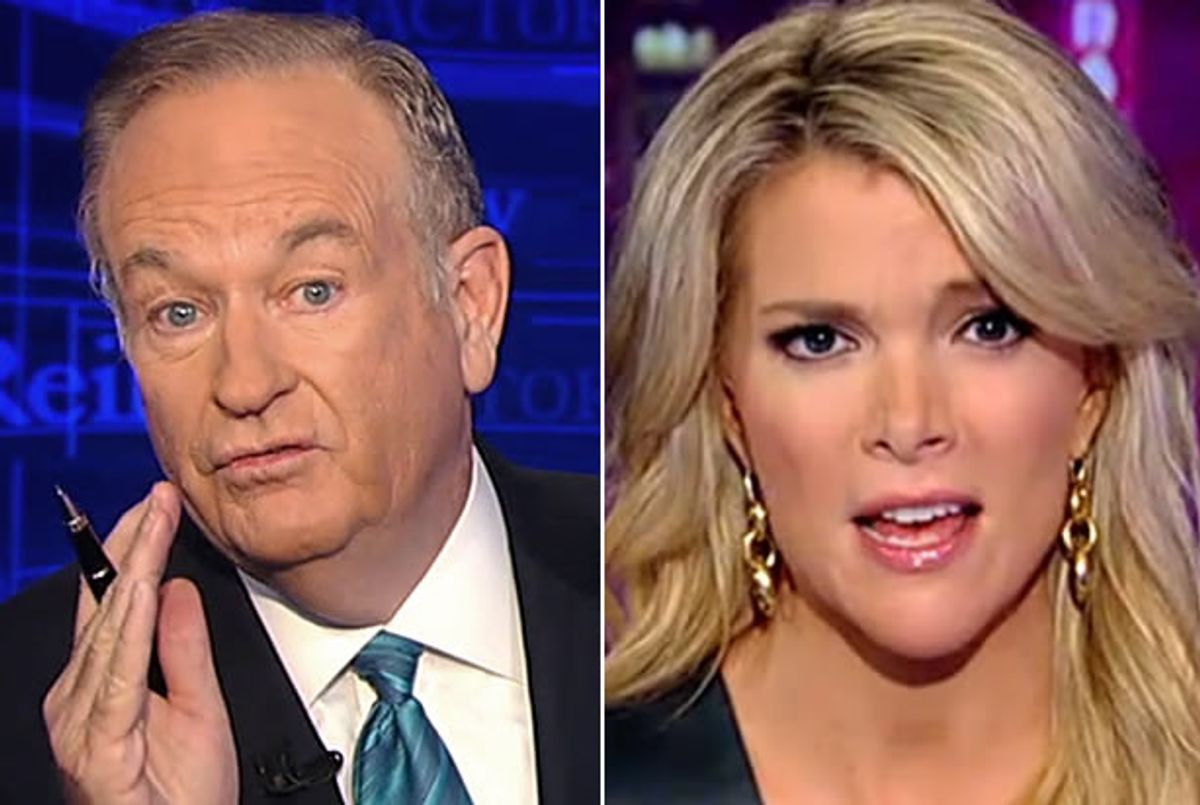 Less than a week after Fox News bemoaned the fact that a conservative Christian was responsible for the Planned Parenthood shooting -- and after having spent the last few days berating liberals for "wanting" mass-killers to be of a particular political persuasion -- there was joy in the production room when it turned out that one of the the shooters in San Bernardino had what one "O'Reilly Factor" guest said was "an Islamic name."

Host Bill O'Reilly cautioned against speculation, but only as a means to open the floor to the wildest and widest examples of the sort. Counter-terrorism expert Jim Hansen said that "the name Farook Sayed has come across the police scanners as a suspect," and that "it's ot an uncommon name so there are investigations into whether he is a jihadist or affiliated with a mosque. America is a giant soft target, this could happen anywhere."

Another guest, also a counter-terrorism expert, Aaron Cohen agreed. "My sources have also said that an Islamic name has been released," he said. "That is compounded by the fact that the attackers went to a specific place with tactical gear that would allow them to create maximum damage. I believe this is strongly linked to Islamic motivated international terror."

Hansen also took the opportunity to share the results of a study by his organization, the Center for Security Policy, in which "we studied 100 mosques in the United States chosen at random, and 80 of them were either preaching jihad or had jihadist literature available. Those things are not compatible with our society, they are preaching violence."

O'Reilly concluded with another round of highly speculative non-speculation, saying that "when the FBI said they are not ruling out terrorism, that means terrorism is on the radar. If this was just a local beef in San Bernardino, the FBI would not be involved. We've been around long enough to understand that we won't know the full extent of this until tomorrow. We respect and understand the process that is underway in Southern California."

On "The Kelly File," Catherine Herridge repeated this line of thought, saying that any FBI involvement inclines her to believe that this is, in fact, a case of terrorism. Even though Megyn Kelly played a clip of David Bowdich, the assistant director of the FBI's Los Angeles field office, saying that "I am still not willing to say that we know that [it's terrorism] for sure," it evidently doesn't matter what he says so long as he, as a representative of the FBI, says it -- in which case, it's probably terrorism.

Watch the entire segment of "The Kelly File" below via Fox News.