It's “A Very Murray Christmas,” indeed: The holiday special wallows in its star's wry charm 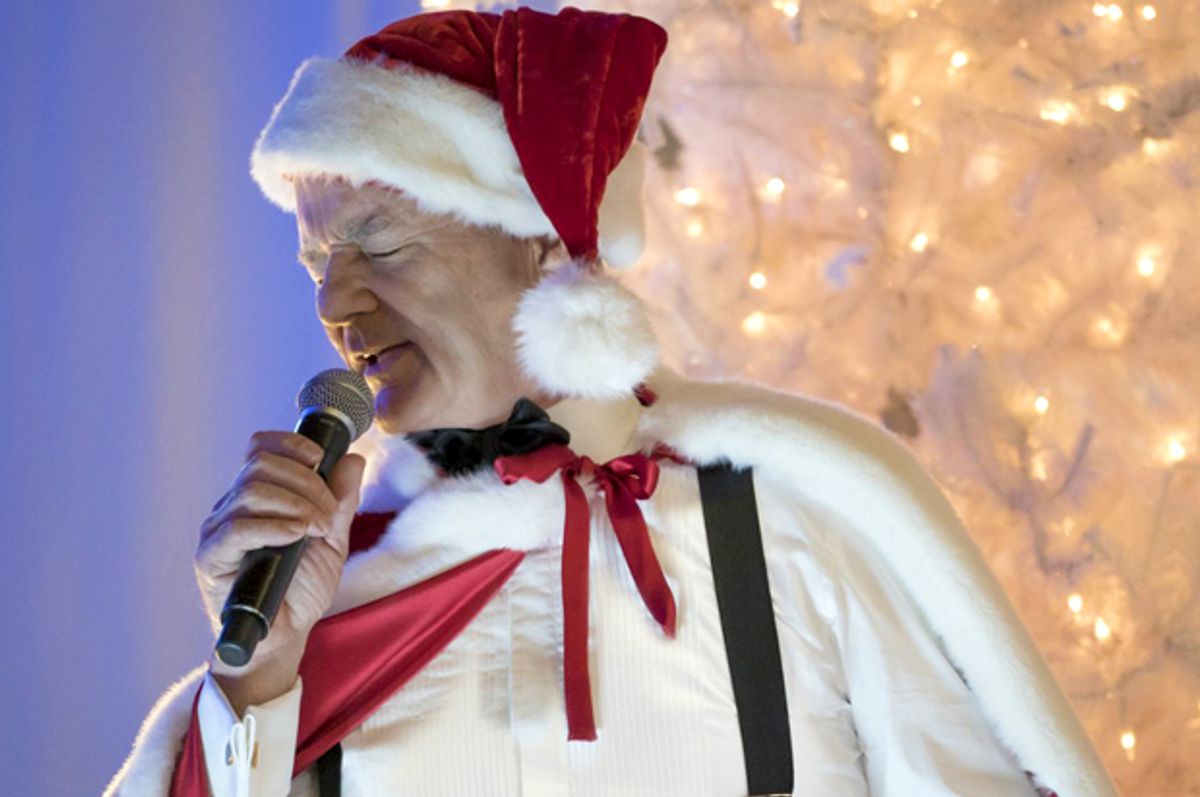 If all you wanted for Christmas is Bill Murray vamping his way through several beloved carols, in one 56-minute long inside joke, then “A Very Murray Christmas” is for you. If projects that appear to be inside jokes between lots of rich people that make them all even more money try your patience, then “A Very Murray Christmas” is emphatically not for you. The merit of the Netflix Christmas special, which is debuting at midnight tonight, comes down to just how much cult-of-personality and faux-humility you’re inclined to put up with in exchange for a certain alluring aesthetic and mood.

And for music, of course; if there is one unequivocal success of “A Very Murray Christmas,” it’s the music, directed by Paul Shaffer, who also stars in the special. The story, such as it is, is set in the Carlyle Hotel, on the Upper East Side of New York City, which casts the proceedings in timeless urban sophistication—making a cover of The Pogues’ “A Fairytale Of New York” just as festively appropriate as “Baby, It’s Cold Outside” or “Silent Night.” Shaffer accompanies Murray with tinkly, minimal piano, and Murray himself is an able singer; combined, the two are essentially turning in a longer and less ridiculous version of a Nick The Lounge Singer performance.

However, since this is a Christmas variety show—that strange beast—it can’t just be them. A strange array of celebrities drop by, some as themselves, and some as characters. Bill Murray, playing Bill Murray, is stuck in the Carlyle during a blizzard and eventual blackout; his annual televised Christmas Eve special has no guests (Pope Francis was supposed to come) and in the first few scenes, loses its live satellite feed, as well. Will Bill Murray have a Merry Christmas anyway? Well, with friends Chris Rock, Amy Poehler, Maya Rudolph, Jason Schwartzman, and Jenny Lewis, the answer is… probably.

The hotel portion of the special essentially meanders through the kitchen, lounge, and suite, finding more people to hang out with and eventually sing with Murray. Indie rocker Jenny Lewis plays a beautifully understated bartender with a gorgeous rendition of “Baby It’s Cold Outside,” and Maya Rudolph—in furs and fingerwaves—floats in and out of the proceedings without ever introducing herself except to belt out diva numbers. Director Sofia Coppola casts her husband’s band as the kitchen staff (Thomas Mars and the band Phoenix) and her cousin Jason Schwartzman as a waffling groom-to-be; brother Roman Coppola executive-produces. The stories are minimally affecting—mostly just little riffs of dialogue to set up the next song. And just to satisfy an urge for a stark white soundstage and dancers dressed in silver, Murray knocks himself out drinking tequila and dreams a few numbers—featuring Miley Cyrus in fur-lined red heels and tattoos, flirting gamely with Murray as they both sing “Sleigh Ride,” and George Clooney mixing martinis on a white grand piano as Shaffer plays along. Clooney later accompanies Murray on “Santa Claus Wants Some Lovin’,” during which Murray proclaims, “I… am the king of Christmas,” while wearing a red velvet cape trimmed with white fur. Michael Cera is even there, delivering lines that are intended to be metatextually funny: “This is your idea of a Christmas special? This is a national disgrace.”

What “A Very Murray Christmas” does have going for it is the wry charm of Murray, who is never happier than when he has ample room for his ego. The special allows him to do anything and everything, and he has nailed that combination of irony, pathos, and shambling delivery that allows him to get away with basically anything. In a characteristic moment on his fantasy soundstage, he engages the showgirls around him with some faux-salacious patter. Instead of dwelling on their bra sizes, though, he asks them about their shoe sizes. “A Very Murray Christmas” is all quirks and charm; you have to find the melting wedding cake charming, or a cocktail called the “soiled kimono” endearing, in order to take the whole thing in.

Personally, I didn’t. It’s a nice enough time, but a little off-putting, too, because the special doesn’t really care whether or not the audience likes it. In the first few scenes, Amy Poehler and Julie White play Murray’s two producers for the special—Poehler plays the good cop, and White, the bad cop. Both are trying to get him to settle down and perform, even though the guests haven’t arrived. Poehler tries to placate him with a combination of flattery and New Age wisdom; White, scrolling through her phone, punctuates Poehler’s words with distraction. “Absolutely, it’s all an illusion, Bill.” “That’s right, receive the gift, Bill.” That’s about the attitude the special has towards its audience—pandering, but distracted, while focusing on something else. “A Very Murray Christmas” is ruminating over its own mingled loneliness and disillusionment and occasional flights of whimsy; mostly, it’s busy laughing at its own jokes.