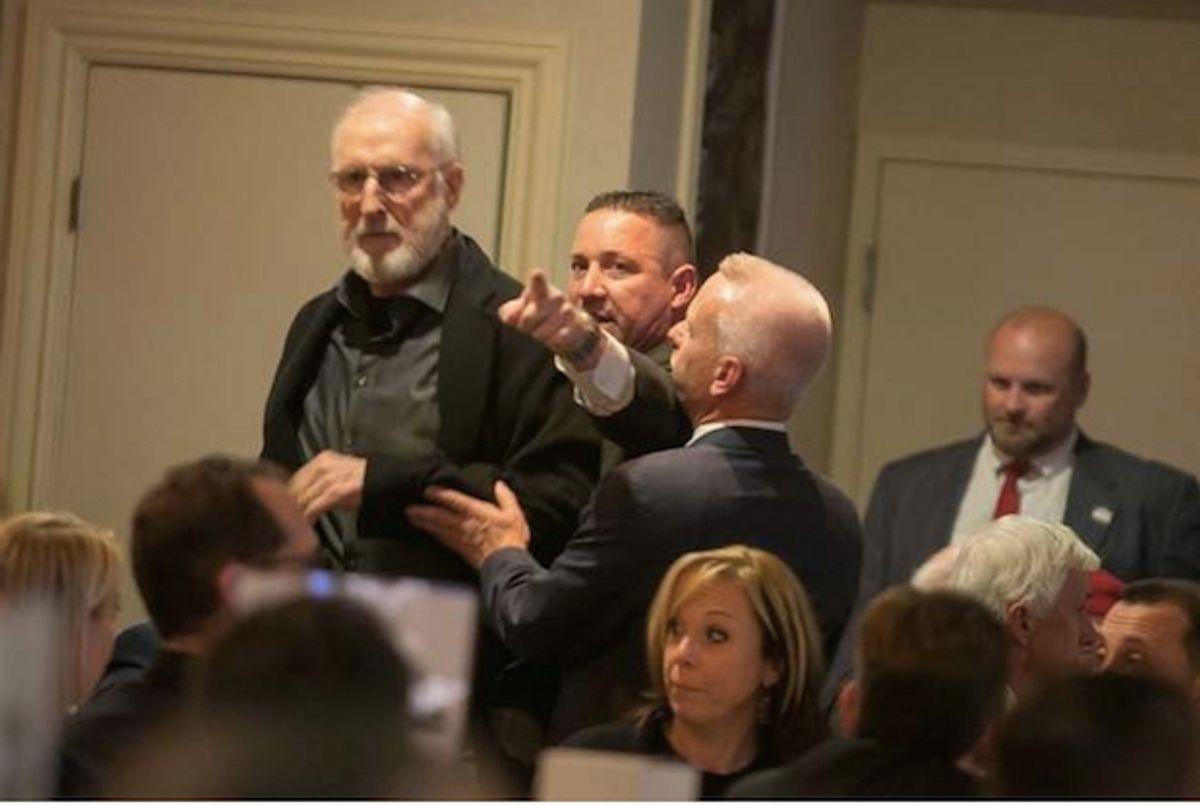 Veteran actor and activist James Cromwell was one of two people escorted from an upstate New York business celebration for protesting an award given to an energy company planning to build a brand new power plant in the region, according to The Times Herald-Record of Middletown.

Cromwell, a resident of Warwick, New York, according to The Wrap, was protesting the CPV Valley Energy Center’s new gas-fueled power plant located in New Windsor, New York. Cromwell and his partner, Pramilla Malick said CPV's natural gas-fired electricity plant is a dangerous polluter threatening the environment and the people living there.

“The last thing CPV should be doing is getting an award for polluting our Hudson Valley,” Malick said after being escorted out of the banquet hall, according to the Times Herald-Record. The event Cromwell and Malick crashed was reportedly a gathering of 650 New York state business people for a celebratory soirée. The pair interrupted with heckles during CPV's award presentation.

For their part, the business group Cromwell crashed shrugs off the incident of celebrity activism as "laughable."

Cromwell was nominated for an Academy Award for best supporting actor for 1995's "Babe," and has notably been featured in "American Horror Story" and "L.A. Confidential." The veteran actor also has a long history of progressive activism. In 2013, Cromwell was arrested after disrupting a University of Wisconsin board meeting with a large picture of a tortured cat as part of a PETA campaign to protest the university's research on animals.