"And even worse, what if ISIS gets their hands on an Amazon Prime account?!" 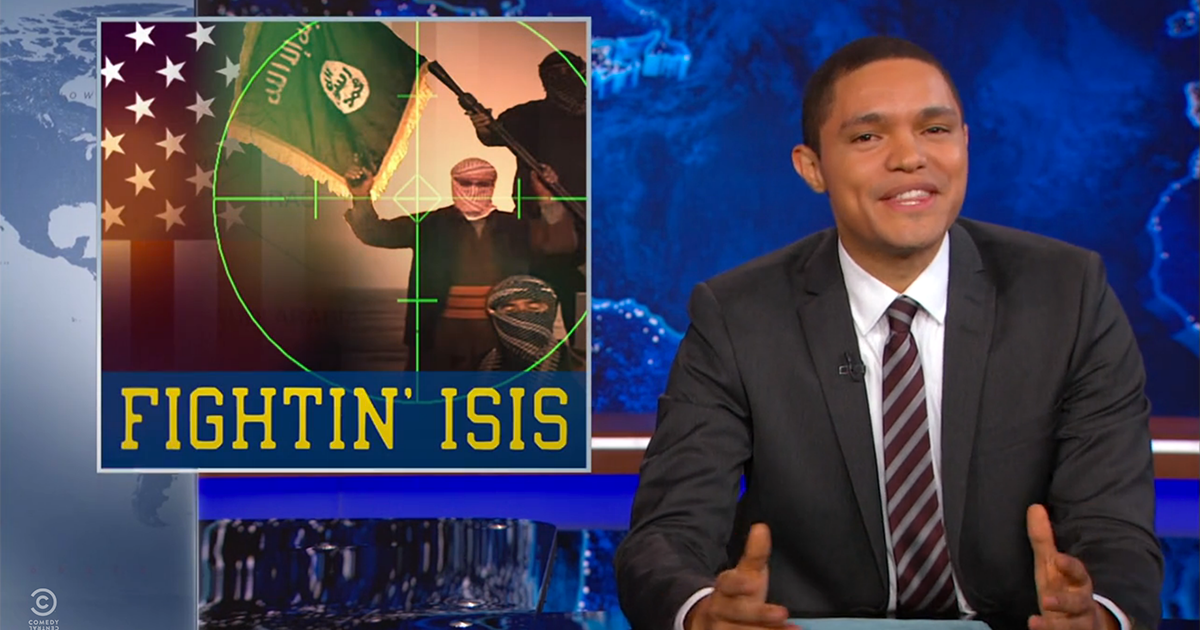 Last night's "Daily Show" brought an interesting take to the war against ISIS. It seems everyone who is anyone is fighting the terrorist group these days, including Fox News's Geraldo Rivera, who thinks that terrorists are going to use Amazon drones to hand-deliver bombs to Americans.

"And even worse, what if ISIS gets their hands on an Amazon Prime account?!" Trevor Noah mocked. "It'll be free two-day shipping on bombs! In New York, same day!"

But while Geraldo Rivera is going bonkers again, there are groups out there trying to be the only ones to attack and succeed against bringing down ISIS. According to Noah, the hacktivist group Anonymous has waged their own war against ISIS following the attacks in Paris. They aim to take down sites, take over social media accounts and expose members. Noah bravely made fun of the group trying to paint them as kids in their mom's basements before profoundly apologizing saying, "you seem like very nice hackers. Please don't hack me and destroy my life."

But online isn't the only place activists are waging war against terrorism. The largest police union thought it would be a good idea to encourage more guns at football stadiums for football games because police can't handle it all. "Who looks at drunk dudes screaming at athletes and thinks, 'You know what these guys need? Guns,'" Noah said.

But that's not all, now apparently the New York mafia is after ISIS too. "I love that idea that the mafia is going to be protecting America from ISIS. That's just great, can you imagine those guys," Noah said before doing a thick New York Italian accent, "Hey, ISIS. You got a nice burgeoning caliphate. It'd be a shame if something were to happen to it." Noah then apologized to Mr. Gambino for mocking him as well before then calling their war "bullshit."

But the best was when Noah looked at the Texas assholes protesting Syrian refugees outside of a mosque while heavily armed. Noah joked he couldn't imagine people fleeing heavily armed ISIS rebels with giant guns in Syria only to end up in Texas where the first thing they see is a heavily armed dude with a giant gun. "They must feel a little like Bugs Bunny. No matter how far they travel there's always an idiot with a big gun trying to hunt them down," Noah said, before doing an Elmer Fudd impression. "Shhhhhh! Be vewy vewy qwiet... I'm hwenting Muwahslims."