America is obsessed with "terrorism": Why our furious debate over semantics could be hurting us

It's important that we determine whether an act was terrorism or not. But we badly need to be smarter about it 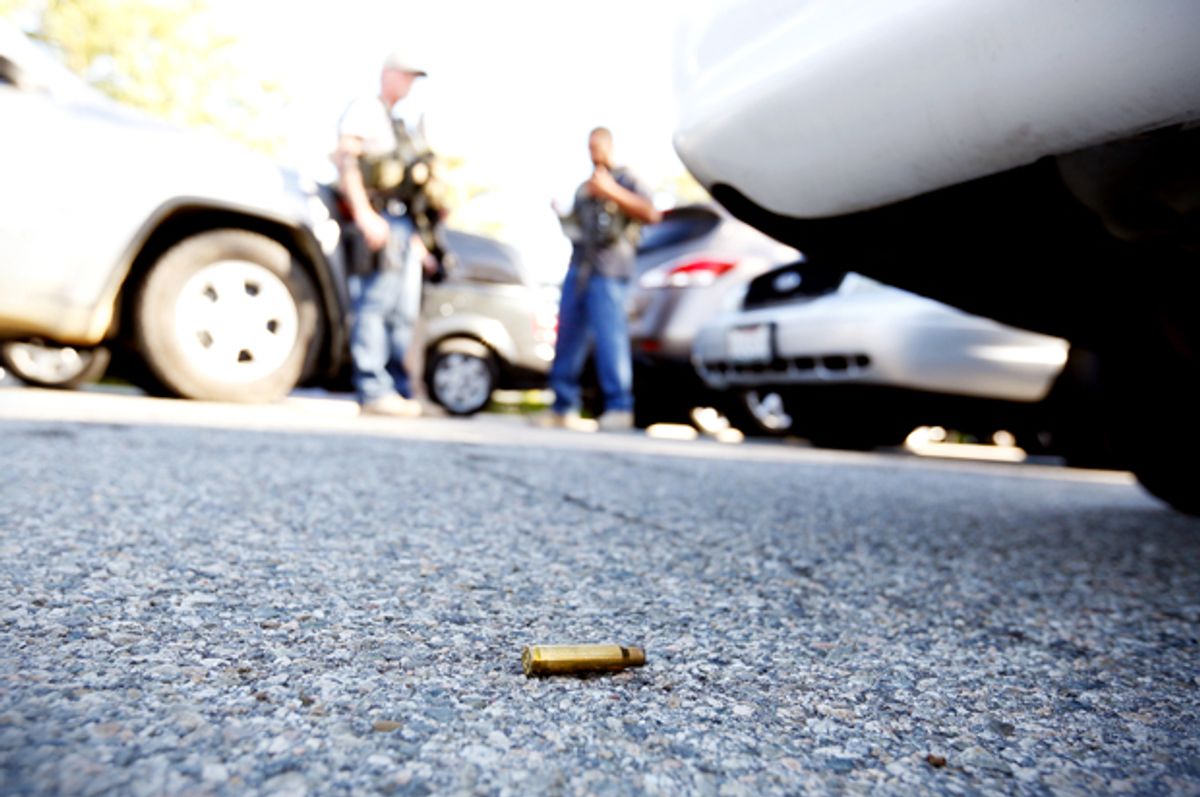 Commentary on the deadly mass shootings over the past week -- last Friday's at a Planned Parenthood in Colorado, and yesterday's in San Bernardino, Calif. -- has thus far has focused on whether the attacks were terroristic in nature.

Such a designation would suggest violence in support of political ends but also to a set of potential criminal charges. In both cases, there were at least initial reports the perpetrators tried to set off an explosive device, in Planned Parenthood shooter's case a propane tank (though since initial reports, police have said nothing about whether this was his intent), in the alleged San Bernardino attackers' case, several pipe bombs. If authorities do confirm these were bombs, both cases might be treated legally as domestic terrorism. Because of an asymmetry in our laws on terrorism and our collection of online communications, if the San Bernardino shooters can be shown to have been inspired by a foreign terrorist organization, like ISIS -- as now appears to be the case -- their attack would be treated as terrorism even without a bomb.

But whether or not these are treated as terrorist attacks, their victims are no more or less dead than, say, the 20 children and 6 adults killed at Sandy Hook elementary school three years ago, the last mass shooting of the scale of the San Bernardino tragedy. While Sandy Hook's perpetrator, Adam Lanza, killed himself before he could be arrested, he had an obsession with mass murders, including the Columbine attack, but nothing that might qualify the attack, legally, as terrorism.

Then again, our country has an obsession with mass murders.

Even from a distance of three years of increasingly frequent mass shootings, we generally attribute Lanza's actions to his mental illness, even while millions of Americans who suffer from mental illnesses don't shoot 20 children in cold blood.

Then again, you'd have to be "crazy" (which is not the same as mental illness) to murder a devout Christian police officer, Garrett Swasey, as Dear did, in the name of a purportedly Christian concern for life. You'd have to be "crazy" to leave your six month old baby to go massacre co-workers, knowing that even if you survived the carnage (neither Farook nor Malik did), you'd face life imprisonment or execution for your crime.

Yet thus far -- and in attacks of all sorts in recent history, as many of the people charged with Islamic terrorism have also suffered from mental illness that gets downplayed -- the treatment of the perpetrators of these two awful attacks has been uneven. That's most obvious in Senator Ted Cruz' response. When asked if the Planned Parenthood attack was terrorism in the days after the attack, Cruz called it murder. "I would call it a murder, and we'll see what the facts are," Cruz told CNN. "It was a multiple murder of what appears to be a deranged individual." The Planned Parenthood killer, who like Cruz opposes abortion, can be attributed to derangement. Yet Cruz has already said of the San Bernardino shooting: "All of us are deeply concerned that this is yet another manifestation of terrorism, radical Islamic terrorism here at home... [T]his horrific murder underscores that we are in a time of war."

In defense of Cruz, in both cases he was also admitting we should wait for the facts. The demand from the press that candidates immediately label an event terrorism or not is a testament to the media obsession we have with these attacks, not to mention a willful cognitive failure to understand underlying issues and therefore to want to grasp on terrorism as an explanation. It's also the same standard to which politicians like Cruz held President Obama in the wake of the attack on our compound in Benghazi -- that he label it terrorism immediately.

There are policy reasons to assess whether a mass killing is terrorism or not. At a minimum, law enforcement may be able to hold a terrorist's network of supporters accountable, as well as the attackers themselves, and thereby prevent subsequent attacks. Furthermore, if the various spying efforts our intelligence services have set up to prevent terrorism fail, we need to understand why. But the law and the application of these policies are asymmetric, focused much more intensely on Muslims, which ought to raise real questions about how committed we are to a policy of tracking terrorists, rather than just potential Muslim terrorists. And, so long as we have killings like Sandy Hook, where 20 children can be killed in classrooms but not get treated as the kind of terrorism we might prevent via intelligence collection, we ought to wonder whether that's the right approach at all. It's high past time we considered policy solutions that could prevent both Sandy Hook and San Bernardino.

Which brings us to another point: In the wake of the Planned Parenthood attack, too many reproductive rights advocates have intimated that anti-choicers should not be entitled to their full First Amendment rights to advocate against abortion. Short of calling for the execution of abortion providers -- as one Ted Cruz supporter has done -- anti-choice activists must have the right to advocate for their political opinion. But whether or not you support a woman's right to control her own reproduction, the Colorado Springs attack should remind us that, in this country, a handful of supporters of what is a mainstream political view sometimes resort to murder to support that view.

It's important to do so for two reasons. First, because the terrorism label already chills legitimate political speech. While I, as a white woman raised as a Catholic, can condemn the treatment of Palestinians and suggest American foreign policy in the Middle East has too often consisted of the senseless killing of Muslims, including civilians, that view is a dangerous one for Muslims in this country to voice. Muslims describe how "American Muslim community spaces have been emptied of their politics, leeched of their dynamism as centers for religious and political debate" because of intense surveillance and even the prosecution of speech in the name of terrorism. In the wake of the Planned Parenthood attack, both the right and the left should redouble our commitment to distinguishing speech from murder.

But it also demands a discussion of why speech becomes murder in this country, even for political views -- like opposition to abortion -- that already command a great deal of legitimate political power. It is not enough to say that Dear and Farook killed because both had ready access to guns and body armor, though that is a substantial part of the problem. And it is not enough to say that both did something like this because they are mentally ill (if they even are).

We have become a "deranged" country, where gun massacres are a common expression -- whether of illness or inchoate anger or political retribution. We need to understand our collective derangement before more and more speech, of all sorts, becomes spectacular murder.