"Guns for Christmas! Just what the baby Jesus wants": Larry Wilmore finds even Santa is terrified of the U.S.A.

"You maniacs scare the hell out of me," Santa told Wilmore. "I've seen what you people do to immigrants" 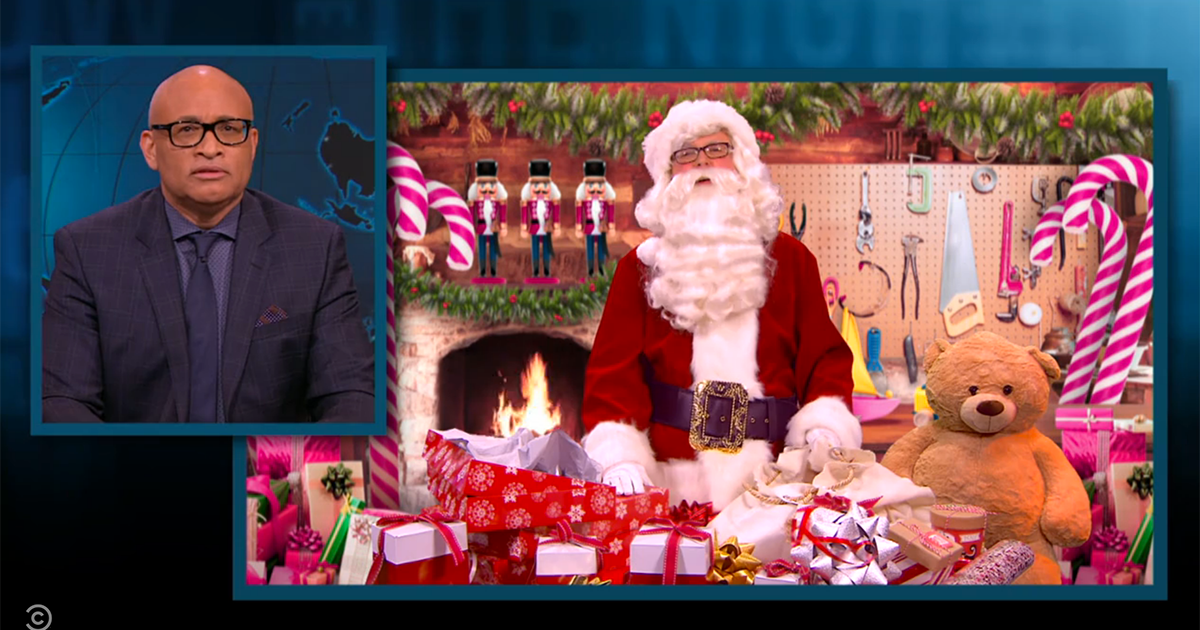 "Our country loves guns," Larry Wilmore said Thursday night. And if you need proof, you need only look at the disturbing report from the FBI that Black Friday, the same day as the Planned Parenthood shooting, background checks for gun sales reached an all-time high. "Yay! Guns for Christmas! Just what the baby Jesus wants us to have," Wilmore said.

What's a person to do this holiday season? Larry asked Santa himself, who said his route got much easier this year after deciding not to come to the United States out of fear he'd be shot. "You maniacs scare the hell out of me," Santa said. "I don't want to get clipped, man. I've seen what you people do to immigrants, it's not good... everyone has a gun! I'm not popping my head out of a chimney in America!"

Wilmore tried to convince Santa that most of America is simply made up of responsible gun owners who only want to hunt deer, but given that Santa's ride is made of reindeer, it only made him more strident. "I don't want Rudolph's head ending up on some hillbilly's wall," Santa said.

"Do you know how demoralizing it is for poor Santa to see nothing but guns on Christmas lists?" Santa said. Evidently the requests were once nice -- like dolls or trains or even peace on Earth -- but no more.

How do we get Santa back? "Put down the fucking guns!" he says.