The embattled '90s icon passed away in Bloomington, Minnesota, on tour with his latest band the Wildabouts 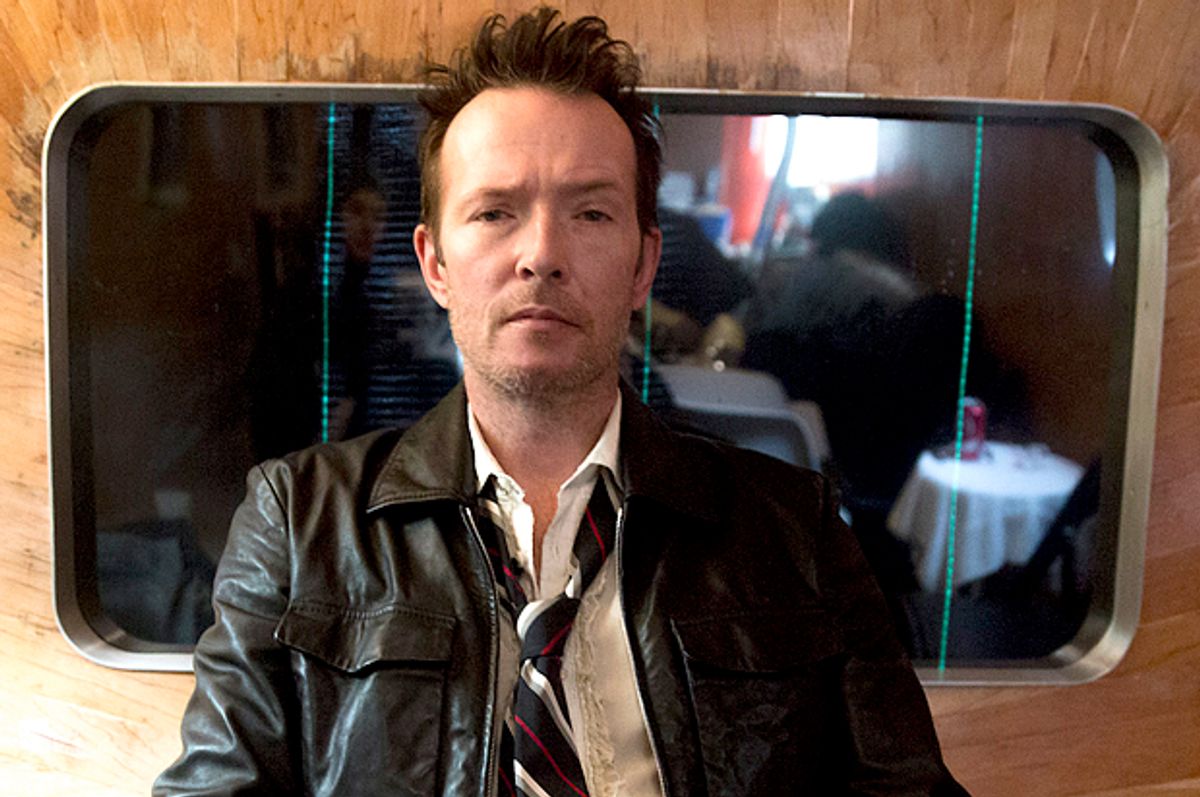 I woke up and checked my email like I do every morning and there was a message from an editor of another site, asking me to write something about Scott Weiland. This could only mean one thing, since it’s not 1994. I pulled up the news feed and confirmed what I feared. Weiland was dead at 48; found on his tour bus, gone in his sleep.

They didn’t say what killed him, but I already knew, and I’m not necessarily talking about drugs. Time killed him, membership in his aging generation. They were all super jaded (and vain) kids raised by super vain and jaded (mostly) kids and when it came to enjoying a fruitful retirement, many of them had no chance at all.

Of the icons of my generation, there are not as many dead as my parents’ generation and this certainly isn’t some kind of contest, but there are quite a few. Others have simply quieted: the Gallagher brothers, Beck, Courtney, Billy Corgan. We just don’t know what to do with ourselves. We’re just trying to reach our 50s, where there’s not even the memory of youth, and many of us can finally give up the ghost. This is no guarantee, of course. Look at John Entwistle of the Who, dead in a Vegas hotel room in 2002 with strippers and blow. But it increases our odds of dying old and ugly — well, not ugly, but older at least.

Along the way what happens to our bodies and minds astonishes and horrifies us and sometimes it’s easier to simply not look. Weiland was always among the prettiest, the skinniest, the most Bowie-besotted, the most conscious-of-his-rock-star-status rock star. Vanity kills / It don’t pay bills, ABC once sang. I once interviewed Scott for Spin. It was, if you can believe it, via fax (I still have the sheet with his handwritten answers) and he confessed that Bowie was his man, which is ironic since Bowie is probably rock’s greatest survivor and slipperiest character, whereas Weiland only barely escaped the ‘90s as part of the supergroup Velvet Revolver and some STP reunions.

When we think of him, we think of the past, and despite what in any other decade would be considered a very solid run of singles (“Sex Type Thing,” “Plush,” “Vasoline,”)  and at least one standard (“Interstate Love Song”), some still think of him as a poseur. STP wasn’t a “real” band like Nirvana or Soundgarden — they were bandwagon-ers.

I never understood that. What is a “real” band? You close your eyes, you listen to the music. It’s either good or it isn’t. Your hands form the shape of a guitar, or they don’t.

Even I was guilty of STP-related snobbery. I was once in a bar on the Lower East Side with a crowd of rock writers and one of our pals who happened to be a famous guitarist from one of the biggest bands of the ‘90s. We were listening to the jukebox, which happened to have “Purple,” STP’s second album on it. We were trying, bored, buzzed, to come up with the most preposterous statement ever: the kind that would get you into a bar fight. One of us, I can’t remember who it was, said, “Stone Temple Pilots are more important than the Velvet Underground.” We all laughed, because it wasn’t and isn’t true.

But Stone Temple Pilots are more important than “Stone Temple Pilots,” as perceived the snobbier end of my peer pool. Bands form today because they want to be the new Red Hot Chili Peppers or Coldplay (in a way, the STP of their generation — not sonically, but as far as a respect deficit that may or may not be just). I know because I’ve interviewed them, too, the bands 10, sometimes 20 years my junior. They don’t seem to have the same issues as “my” bands, but they’ll come. Nobody can escape them.

Scott Weiland. He almost made it to rock-and-roll-50, which would have, given his chemical history, certainly been some kind of personal or public triumph, or both. Courtney Love did. I think, or hope anyway, that you even out at rock-and-roll-50. You stand a better chance of reaching your personal Neil Young-dom once you navigate through the doldrums and the storms.

I wonder if Weiland, who released a few overlooked, melodic solo albums as well, will get the respect he didn’t have when he was alive. Will death make a star of him again? It doesn't matter. He won't be around to enjoy it, but out of all of them, my generation's perplexed and deceased, he probably would most of all.