In the wake of Colorado Springs and San Bernardino, the NRA warns of "demons at our doors" to promote membership 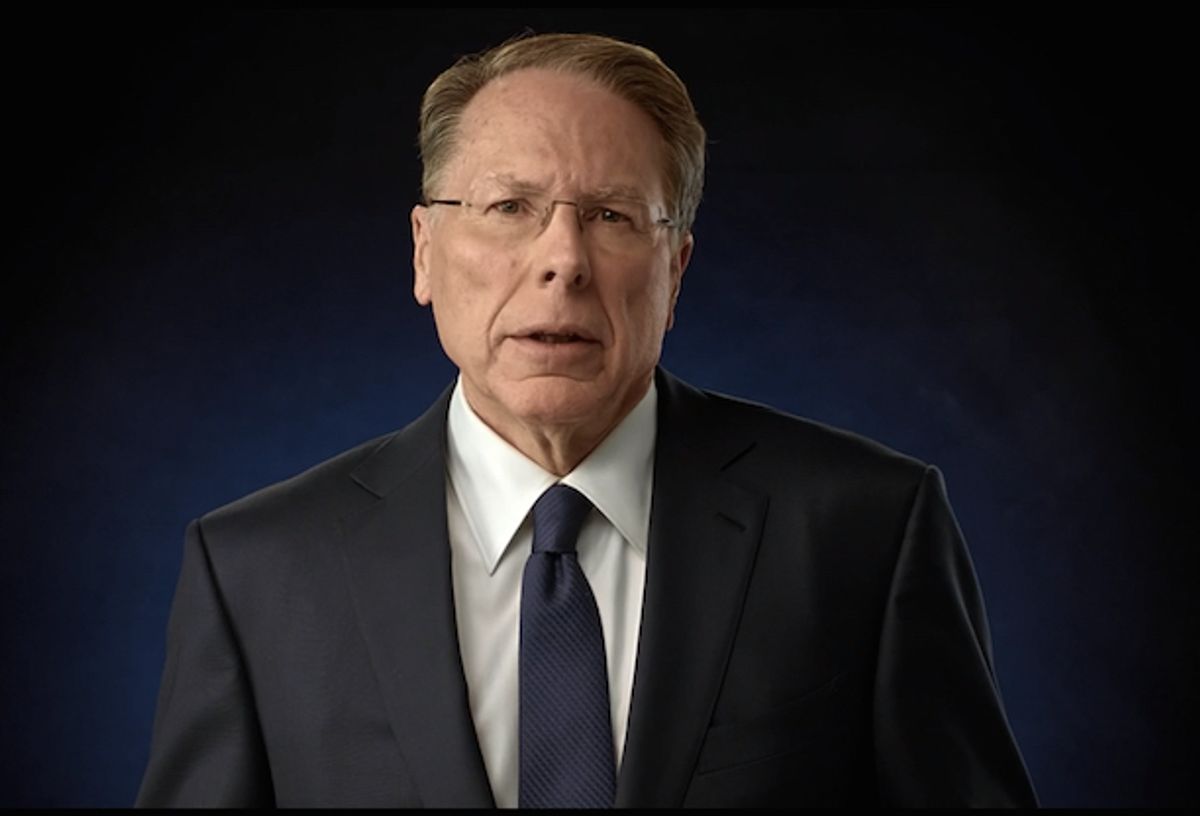 In the wake of the San Bernardino shooting on Wednesday, the second high-profile attack in less than a week, the usual cycle of debate over gun laws has included an increased scrutiny of the NRA's political spending and now the gun lobbying group is using its moment back in the spotlight to tout America's exceptionally horrid history of gun violence to promote the NRA. Shocker.

The ninth installment in the NRA's "Freedom's Safest Place" campaign features the group's leader, Wayne LaPierre and is titled, "Demons At Our Door." The ad was released just days after 56-year-old Robert Dear entered a Colorado Springs Planned Parenthood and shot 12 people, killing three, and days before this latest shooting rampage in San Bernardino. In it, La Pierre makes specific reference to "the age of terror" and goes on to fear-monger over the threat of terror and violence to promote the NRA. The ad is currently running prominently on Fox News.

"Innocents like us," LaPierre says, addressing his NRA members directly to camera, "will continue to be slaughtered in concert halls, sports stadiums, restaurants and airplanes."

"They will come to where we worship," LaPierre warns as ominous music waves over blurred images of American everyday life, "where we educate and where we live."

"But when evil knocks on our doors, Americans have a power no other people on the planet share," LaPierre proudly proclaims, touting the Second Amendment. "Let fate decide if mercy is offered to the demons at our door."